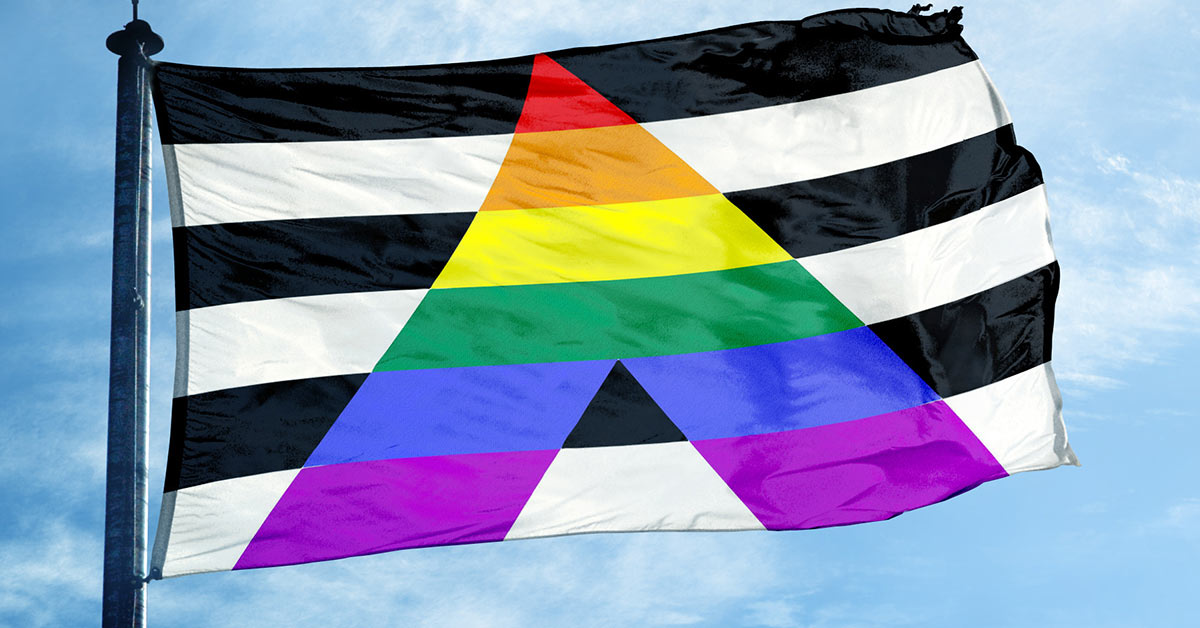 There’s even a flag to represent LGBTQIA+ straight allies

According to the Merriam-Webster Dictionary, allyship can be defined as the state or condition of being an ally that stands in supportive association with another person or group, and more specifically with a marginalised or mistreated group to which one does not belong.

So important are allies to the LGBTQIA+ community that the “A” in the famous acronym is understood to refer to them, in addition to members of the asexual community. With this being said, many LGBTQIA+ people question whether allies really make a difference and play an active role in furthering the LGBTQIA+ cause.

While many of us may think that people either are allies or they’re not, there’s far more to allyship than simply being for or against a cause. The Spectrum of Allies is a tool that is commonly used by activist groups or organisers of social movements to determine who can be considered dedicated opponents to their cause, and who can be seen as their most active supporters.

Add to this, so-called “performative allyship”, where people and organisations with privilege openly profess their support for a cause in a way that isn’t helpful to it, that draws the attention away from the cause, or that actively harms the cause. We see a lot of this during International Pride Month, when many corporations pledge their support to the LGBT community with special Pride Month offers, without donating any of the proceeds to LGBTQIA+ causes.

Ally is a verb

Herein, perhaps, lies the rub. If someone is not actively fighting to further the cause they claim to support, they are doing precious little to ensure that the privilege they have is something that marginalised groups can also enjoy. This is not to say that passive allies are not allies, but when push comes to shove they are only allies in name.

Does that mean all “true allies” should be actively involved in promoting the LGBT cause in a tangible way? Yes, but it doesn’t necessarily require quite as much effort as it sounds like. Being an active ally can be as simple as speaking up about LGBTQIA+ rights when someone uses a gay slur or paying attention to and using a person’s preferred pronouns.

Being a good ally is something that people work at every day. Good LGBTQI+ allies:

LGBTQIA+ people should also be allies to one another

Many members of the LGBTQIA+ community were allies to their peers before they came out and became a part of the community themselves, but we tend to forget that we should also be active allies to other members of our own community.

If you are a white cisgender gay man, for example, there are certain privileges you have that queer people of colour, trans people or lesbians do not share. This is why we should all be active allies to the entire LGBTQIA+ umbrella, even if we are already standing under it.

Because cishet people outnumber their LGBTQIA+ counterparts, though, it is essential that allies are also a part of the queer cause. This not only makes for a safer community and more equal work environment, but also ensures that the privilege allies have is something that all LGBTQIA+ people eventually share. As important as queer activism is, it’s almost impossible to secure any real change if members outside the community aren’t also playing their part in the trenches.

The Jewish American author and activist Emma Lazarus, who is rumoured to have been gay, once famously said, “Until we are all free, we are none of us free.” If freedom is the end, allyship is still certainly an important means to it.