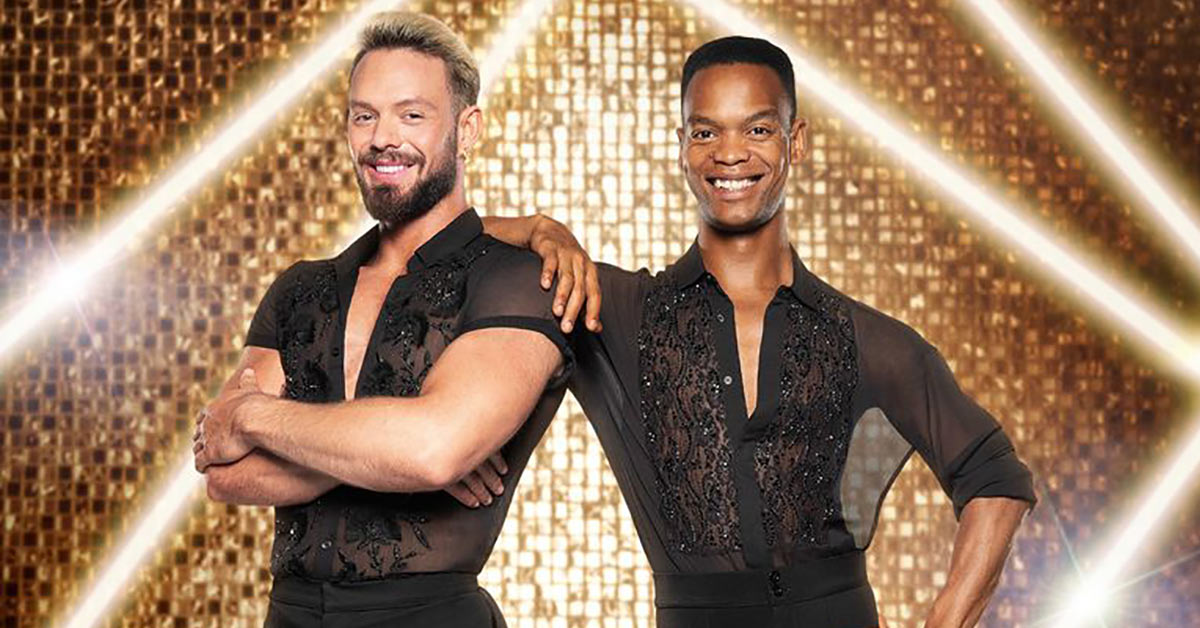 In August, it was confirmed that television chef John Whaite would be the celebrity partner in the groundbreaking duo.

But it was only this past week that we discovered the identity of his professional partner; none other than Radebe.

The men made their first appearance together in season 19’s launch on Saturday. Whaite and Radebe – who are both gay – will compete against 14 other celebrity-dancer couples in the coming weeks.

Boxing champion Nicola Adams led the way last year as one half of the competition’s first-ever female same-sex dancing couple, but Whaite and Radebe will be its first male twosome.

“Ladies, gentlemen and friends beyond the binary meet my wonderful partner @john_whaite 😍 I am so proud of him…,” said Radebe on Instagram after the news was announced. Whaite replied, “Whip me into shape baby.”

Speaking to Attitude magazine in 2018, Radebe said he was bullied as a child for being gay. “I used to hide from the world. It was terrible. They used to call me names, they used to beat me. For what, you don’t understand. ‘Why are you hitting me? I don’t think any child should ever experience that.”

Whaite, the 2012 winner of the Great British Bake Off, has presented various TV shows and currently has a weekly television cooking segment. He has written for newspapers and magazines on the topics of food and mental health and has published five cookery books. He also runs his own cookery school.

This year’s Strictly Come Dancing UK features two other South African dancers, in addition to Radebe: Pretoria born Oti Mabuse (who won the title in 2019 and 2020) and Capetonian Cameron Lombard.

A cake reveal! It’s only the launch show and John and Johannes’ #Strictly story is already iconic. 🎂 @jojo_radebe pic.twitter.com/imxCnKT8QI