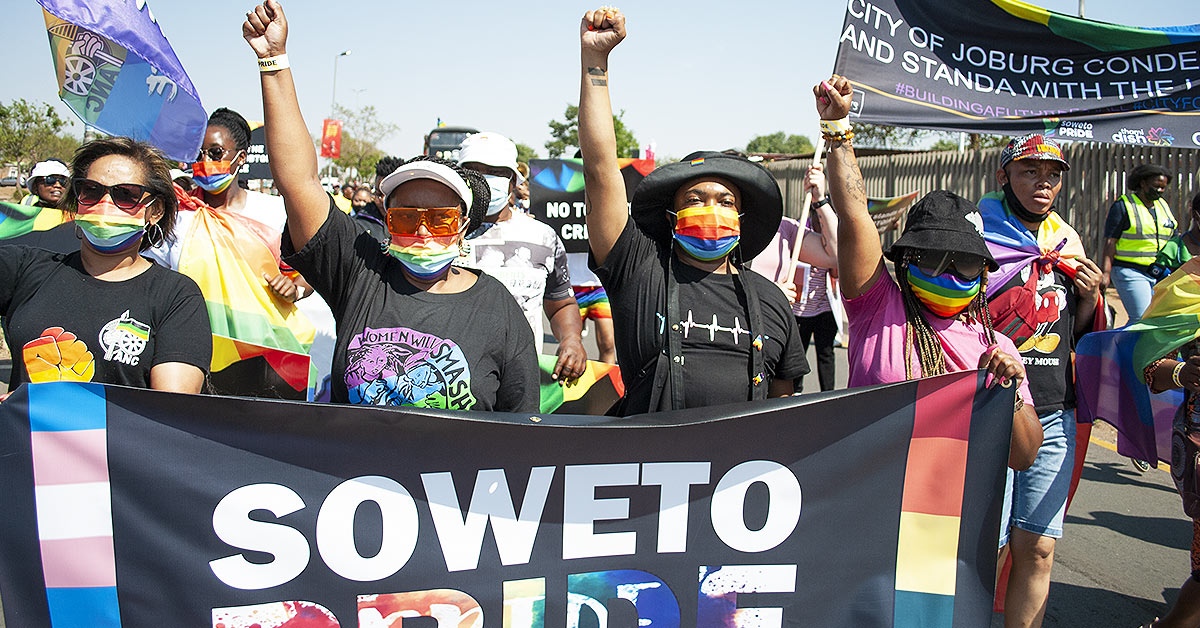 The 17th edition of Soweto Pride returned to its rightful place, the streets of the bustling township, under the theme of “safety, justice, freedom are our rights”.

Dozens of rainbow-bedecked LGBTIQ+ and allied people proudly walked through the community on Saturday morning, chanting and cheering for equality and dignity. A marching band added to the festivities with the sound of horns and drums.

The march saw activists pause at significant spots along the route – a police station, a college and a clinic – to highlight the discrimination that queer people face in these spheres of life.

Passersby waved in support while people spilled out of their homes to watch the colourful procession. The event took place in the wake of a bloody year for queer South Africa, with at least 18 known LGBTIQ+ persons murdered since February.

The march included a contingent of parents and family members of LGBTIQ+ individuals. They marked a powerful moment of silence to remember those queer people who have been lost to violence and hate.

“These are the parents who go through the hardships that we go through. We have parents who say that we are people too. So why are we being killed? Why are their children being raped and killed and assaulted?”

The parade ended at Dorothy Nyembe Park where marchers and revellers, limited to 500 people due to lockdown restrictions, gathered to listen to statements of solidarity and to celebrate their identity.

For the first time, the iconic Pride event was held in partnership with the City of Johannesburg, reflected in the impressive stage erected in the park.

Nomfundo Ndaba, acting director of Soweto Pride organisers, the Forum for the Empowerment of Women (FEW), welcomed the community and fellow activists and acknowledged officials from the city who were in attendance.

“Queer life matters,” said Ndaba, who said that events like Pride would continue to be important for as long as queer people cannot attend schools or seek health services without being rejected or discriminated against “because they are different.” 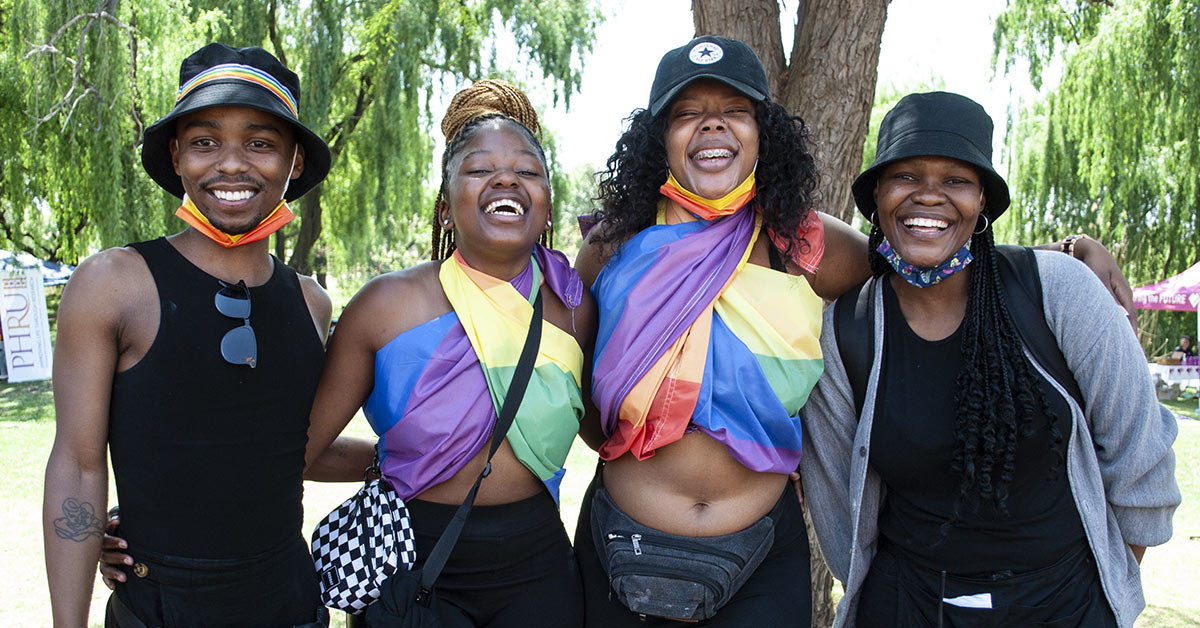 Speaking on behalf of the City of Johannesburg, the Chief Whip of Council, Cllr Solly Mogase​​, told the crowd that it was time that the city “stand up and commit ourselves” to LGBTIQ+ equality and inclusion “and that this today is part of the commitment.”

He also committed his political party, the ANC, to field LGBTIQ+ candidates in future elections and to ensure that LGBTIQ+ people are employed by the city. “We cannot work without them, we cannot think of them without them. They should be part of that family.”

MambaOnline asked Mogase, ahead of the 1 November municipal elections, how he’d respond to accusations that politicians and political parties only reach out to the LGBTIQ+ community in the run-up to elections.

Mogase replied that “they say that because that is what they see” but insisted that the city’s renewed commitment to LGBTIQ+ residents is genuine. “We shouldn’t only talk about them [queer people] during elections or when we go to political conferences, it must be our daily living,” he said.

After speeches by activists such as Roché Kester (OUT LGBT Well-being / Triangle Project) and Steve Letsike (National Aids Council / Access Chapter 2) the crowd was treated to a host of entertainment.

In addition to the City of Johannesburg, Soweto Pride was held in collaboration with the Other Foundation and the Thami Dish Foundation.