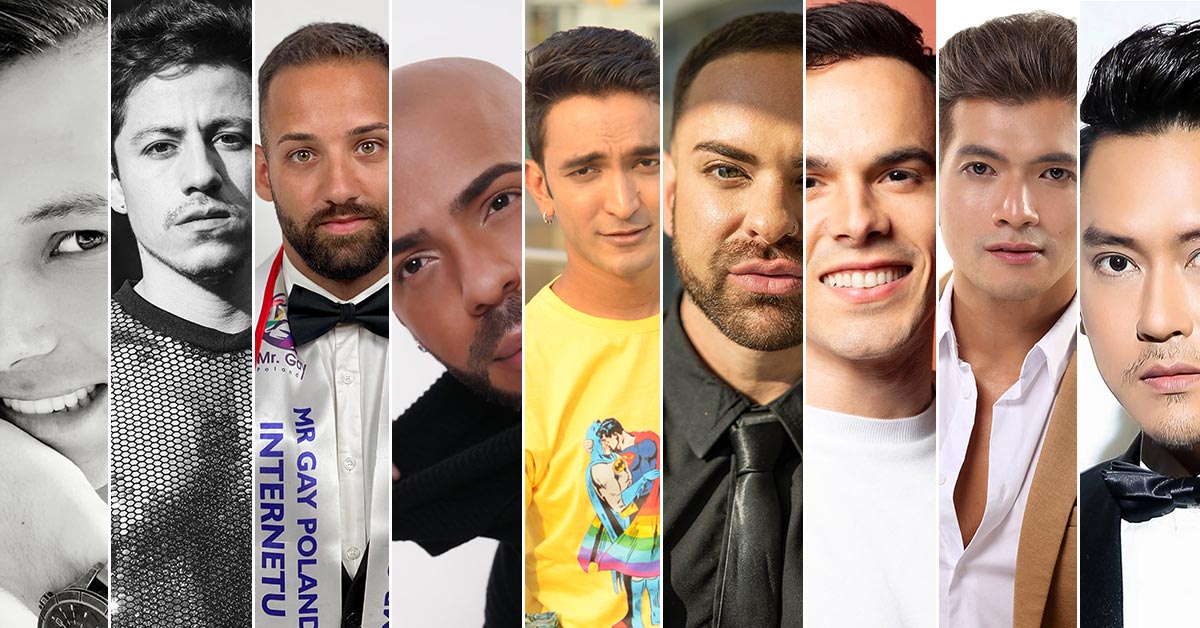 The delegates competing for the Mr Gay World 2020 title have been announced and public voting has commenced.

Due to the ongoing global Covid-19 pandemic, the 2020 and 2021 versions of the competition will be streamed this year via the Mr Gay World YouTube channel.

Mr Gay World 2020 will be the first to be streamed, starting on Saturday 9 October 2021, with a final show on Saturday 16 October, in which the winner will be crowned.

Delegates from across the globe will take part in all aspects of the competition virtually including pre-recorded pieces from all delegates as well as visuals from areas across South Africa.

A total of nine delegates have signed up to represent their countries for the 2020 title, including delegates from Europe, Asia, Africa and The Americas.

All delegates are aged between 29 and 39. One has a PhD, two have masters qualifications and one is currently studying sports psychology.

The delegates can speak a combined 11 different languages, including one who is fluent in sign language.

Delegates will compete against each other in challenges that will be judged by a panel as well as public voting.

Challenges include an online questionnaire, personal interview, social responsibility campaign and the public vote, alongside pageant categories such as swimwear, formal wear and national costume.

At the end of the two-week judging process, Mr Gay World 2020 will be crowned on 16 October.

PLACE - Around the world
PICS BY - Supplied