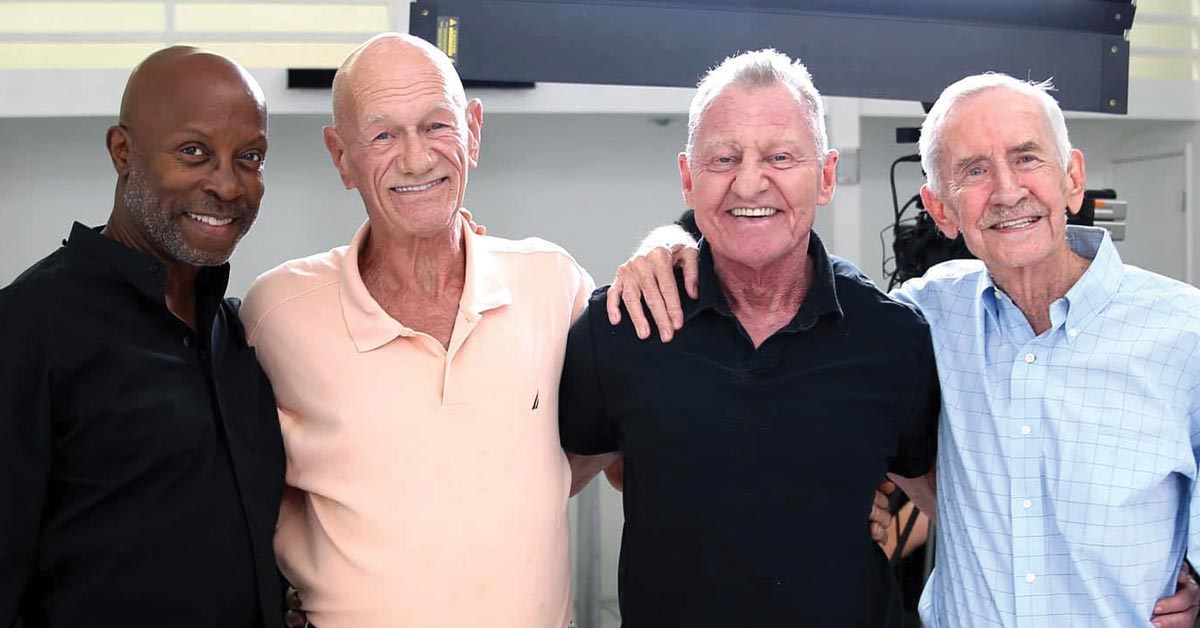 Often described as the gays’ answer to The Golden Girls, the four men who are fondly collectively known as The Old Gays have been taking the internet by storm since first appearing in promotional material for the gay dating app Grindr in 2018.

Michael “Mick” Peterson (65), Bill Lyons (77), Robert Reeves (78) and Jessay Martin (67) have garnered more than 3 million followers on TikTok (amassing a staggering 39 million likes). And the content they offer has built an intergenerational bridge between themselves and the platform’s primary users – members of Gen Z.

Speaking about the educational nature of their social media presence, The Old Gays have noted that their main purpose is to educate their fans and followers, especially about the struggle of coming out decades ago.

Indeed, this message has resonated with their much younger audience, to whom the challenges of creating the more accepting world we live in now are as foreign as the very first social media platforms. For these young people, apps like TikTok have provided both a refuge and a soapbox for speaking out about LGBTQI+ issues.

Says Jessay Martin, professional singer and former choir director, “I have cried, and they have been tears of joy. It’s like we seem to be making a difference in these young people and to some older people, as well. They’re feeling good, too. It’s a win-win for them, and a win-win for us.”

All the members of the foursome are thoroughly enjoying their newfound roles as influencers, stomping on the archaic conventions related to older people. Bill Lyons, who used to work in catering and interior design, has said that the group’s internet stardom has been “totally surreal” to him, adding, “I feel like a dinosaur, but the way that people are reacting to me and to the others, I can’t believe it.”

Former city planner and later sculptor, Robert Reeves, echoes this sentiment. “When I read the comments, many of the younger generation have adopted us as an icon of the older gay generation, to which they feel a great indebtedness because of the strides that have been made over the past few decades.”

Hailing from a small town in northern Minnesota, Mick Peterson says that he hopes “they take our experiences and see that we’re honest about them and reflect on those experiences towards themselves, either as a cautionary tale or something to have a laugh with us on. And maybe they learn not to ignore the old gay at the bar next time.”

The four recently signed with Brian Graden Media to develop a docuseries about their lives in Cathedral City, California, where they all share a house.