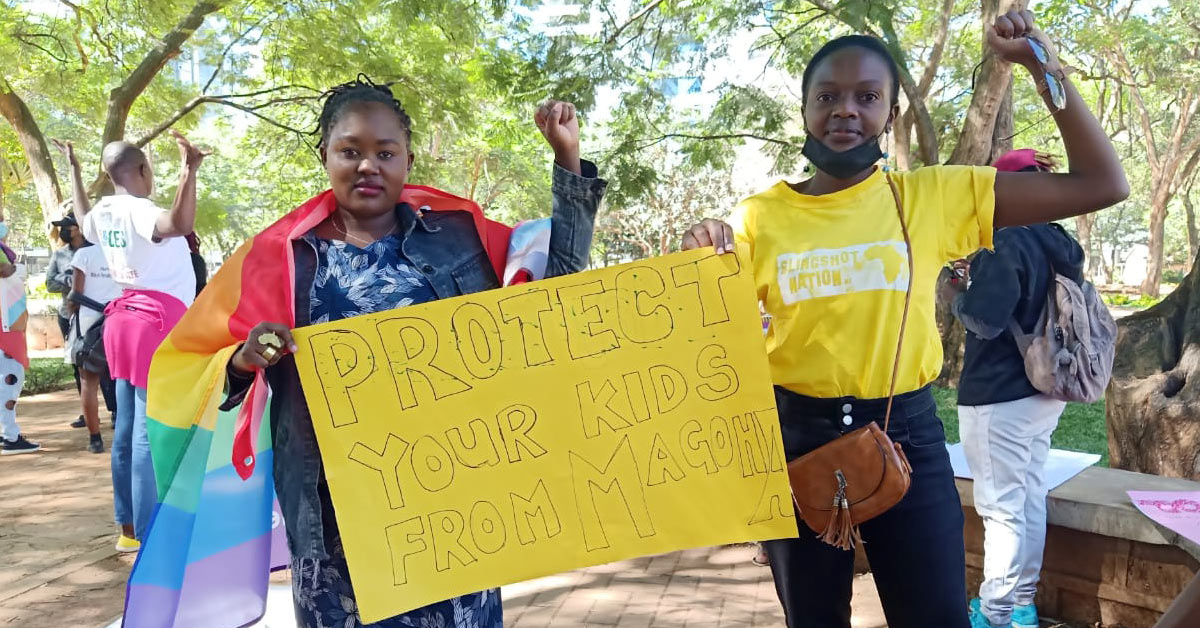 Members of the LGBTQ community in Kenya have taken to the streets after a Cabinet minister suggested that queer students be banned from attending boarding schools.

On 30 December, Education Cabinet Secretary George Magoha – who is a medical doctor – asserted that “children who are homosexual and lesbian … must go to day schools close to their homes.”

He added that barring these students from boarding schools would “protect the greater majority of learners.”

In response, activists and students last week marched to the Ministry of Education in downtown Nairobi to demand equal access to education. They held up placards stating that, “queer kids deserve safety in school too” and that “all kids are equal.”

In a letter, the protestors called on Magoha to undergo LGBTQ+ affirming training and for the Kenyan education system to teach students about sexuality, identity and sexual orientation.

The National Gay and Lesbian Human Rights Commission (NGLHRC) applauded the demonstrators’ actions as “brave and commendable”. It said that Magoha’s comments “were highly discriminatory and immensely shocking coming from a government official and healthcare professional.”

“With his utterance, the [Cabinet Secretary] proves that government players instigate homophobia which then creates an environment that allows for violence against members of the LGBTIQ+ community,” said NGLHRC.

Njeri Gateru, NGLHRC Executive Director, added that “such statements demonstrate what we have been saying for years, that stigma, discrimination, and violence against the LGBTIQ+ community begins at a very early age fueling a myriad of long-term issues, including but not limited to deteriorating mental health.”

Under Kenya’s colonial-era penal code provisions, homosexual sexuality is punishable with up to 14 years in prison. In September last year, Kenya’s notoriously homophobic censors banned the acclaimed documentary I Am Samuel, about a queer relationship, describing it as “blasphemous” and “unacceptable and an affront to our culture and identity”.

According to Washington Blade, Kenyan lawmakers are currently considering legislation that will bar same-sex couples from using surrogate mothers to have children.

Today is the day to observe the moral compass of straight people.
Will they keep quiet about Magohas incompetence, uncaring attitude towards their children just because he is homophobic?
I mean as long as he hates the people you hate then that’s OK.#MagohaMustGo#QueerRepublic pic.twitter.com/3cVBEyfQc0

The Queer Republic Is Out For the March!! Gay, Lesbian, Bisexuals, Transgender, Non Binary Kids have rights to Education. Protect your kids from Stigma & Discrimination based on Sexual Identity & Expression. ✊🏿✊🏿✊🏿#TheQueerRepublic #CourageBeyondFear#MagohaMustGo pic.twitter.com/WSgkuwUFFf