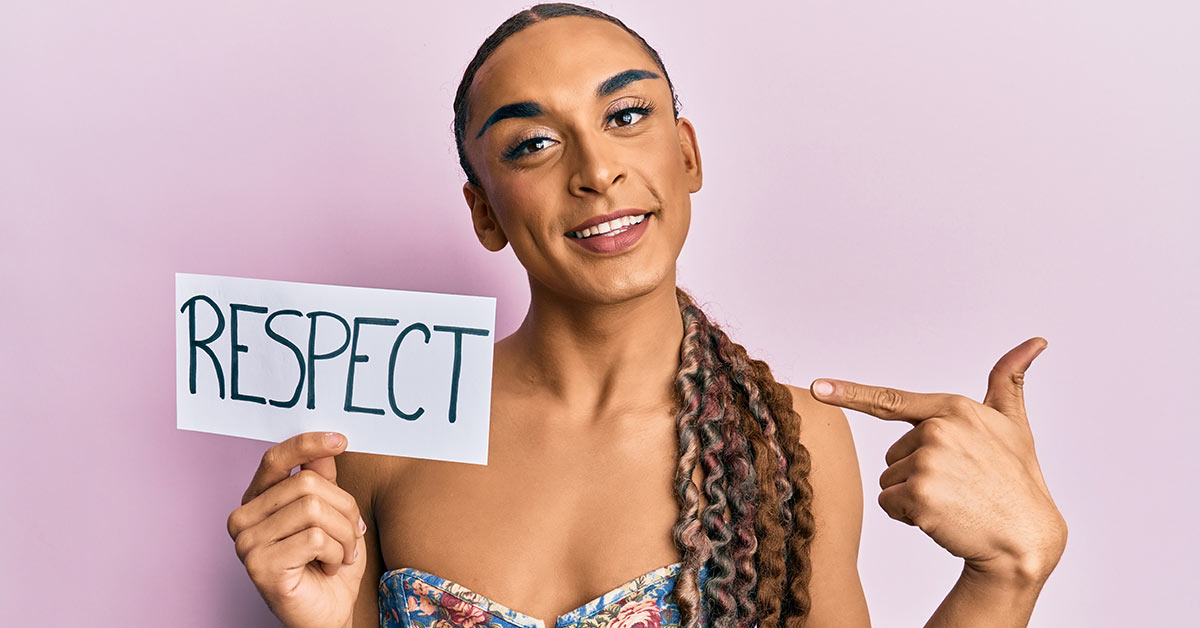 If you’re queer, you’ve probably experienced subtle stabs surrounding your gender identity or sexual orientation, which cannot necessarily be classed as overt discrimination, but have made you feel shame, guilt or anger.

Dubbed microaggressions, these tiny pricks may seem insignificant in a country where queer people are still subjected to violence and can even be killed because of their LGBTIQ+ identity.

However, it is precisely because of the more abject instances of discrimination and brutality committed towards the LGBTIQ+ community that it is important to discuss common microaggressions, and hypothesise about the correct way to handle them, should one encounter them.

What exactly are microaggressions?

The Afrikaans idiomatic expression, jou onderrok hang uit (your underskirt is showing) is the perfect description of what the word “microaggression” means, as this saying hints that your actual intention or opinion is visible from beneath a thinly veiled comment or action.

LGBTIQ+ microaggressions are statements or behaviours that convey a negative message about queer people, and while these statements may be intentional or unintentional, they always have an underlying tone of disapproval of who a person is.

For example, lesbians may be asked why “such a pretty girl” like them is gay, or gay or trans people may be told that they don’t “act gay” or “look trans”, like it’s some kind of achievement.

Throughout their lives, LGBTIQ+ people are likely to experience scores of microaggressions just like these, and even if these comments and actions seem like no skin off one’s nose, they do often make LGBTIQ+ people feel unsafe, and can lead to mental health issues like depression, anxiety and PTSD.

How to handle microaggressions when they occur

When it comes to the way they are perceived, what’s good for the proverbial goose isn’t good for the gay gander. A straight couple holding hands or kissing in public barely sees any reaction from the public at large, whilst the same normal affection between queer couples is almost certain to at least raise an eyebrow or two (this fact in itself is a microaggression).

Because we cannot predict what kind of behaviour will elicit microaggressions, these actions may catch LGBTIQ+ people off-guard, which is why it is good to at least have some kind of idea of what the right way to react to them would be.

Associate professor at the Michigan State University, NiCole T. Buchanan, suggests that context is of the essence when deciding how to respond to a microaggression.

If the person committing the microaggression is someone you don’t know well or don’t care about maintaining a relationship with, Buchanan says you can react in any way you deem safe or appropriate. In this regard, confrontational coping – a method where the person against whom a microaggression is committed actively defends themself – can be useful.

Associate professor of psychology at John Jay College of Criminal Justice at the City University of New York, Dr Kevin Nadal, who has spent years researching and writing on microaggressions, suggests that a different approach is taken if the person committing the microaggression is someone we know and are close with.

As we might not want to burn bridges with someone close to us, but do want to alert them that what they’ve just said may hurt LGBTIQ+ people, this way of tackling the microaggression is useful because it allows a person to elaborate on what they might have meant, and explain themselves.

Says Nadal, “… some people, they say things just because they’ve been so socialised to say certain things. But when they’re really asked to explain what they’re trying to say, that’s where, you know, they have to think about it and sometimes even retract what they originally say because they don’t want to perpetuate something that isn’t actually who they are.”

When it comes to reacting to (or not reacting to) microaggressions, the queer community may find it beneficial to practice their reaction, as microaggressions often come like a bolt from the blue. Of course, it is always advisable to base your reaction on what is safest for you in the circumstances.

While the prefix in the word “microaggressions” can suggest that these are little issues that don’t warrant a huge response or any reaction at all, it’s important to note that microaggressions can be the root of larger instances of discrimination or violence committed against members of the LGBTIQ+ community.

When microaggressions are normalised, macroaggressions can (to the people perpetrating them) seem justified, because they are a “vindication” of smaller condemnations of what is to bigots, unnatural behaviour.

If it is safe to do so, we should endeavour to not let these little stabs slide. In the end, reacting isn’t a testament to being overly sensitive, nor is it a representation of excessive cancel culture, as many right-wing advocates would like people to believe. Instead, it’s standing up for who we are without shame – something that even the most conservative of conservative people should be able to identify with.