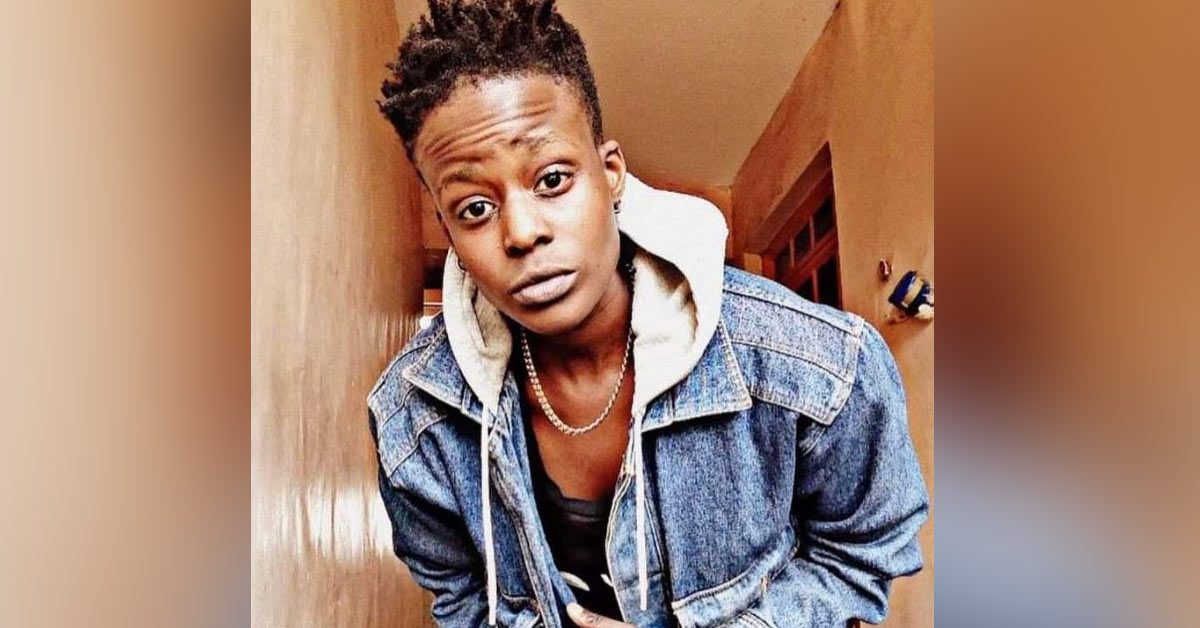 Kenya’s LGBTQ+ community is still in shock at the horrific 17 April murder of 25-year-old Sheila Lumumba, a non-binary lesbian. Human Rights Watch has condemned the “inadequate” police response to their killing. Well-known sexual and gender minorities’ rights activist Denis Nzioka was moved to write about his friend, Sheila.

Like most people I am friends with, I found Sheila as a ‘friend suggestion’ from Facebook with whom we shared multiple mutual friends. I clicked yes and that was the start of our friendship before their untimely death.

Sheila was a reserved and quiet individual. They were also fun and jovial to be around with especially once you got to know them.

A month or so before Sheila was reportedly killed, they messaged me saying they had been accosted by thugs as they were leaving their workplace and lost some personal items. I am assuming the thieves took their phone and money. They did not elaborate further only that they were fine. As a survivor of such incidents, I know how traumatic they can be and the residual fear after the attack. Often, survivors are careful and worried about their surroundings. They keep checking over their shoulder every often. Others fear venturing out at night. Any sudden noises or sounds can be traumatizing as well.

We were to meet with Sheila after this incident, but it was during that time when there was a fuel shortage in the country and matatus were not available. They informed me they could not make it due to this. I empathised and we decided to reconnect later. Unfortunately, this was never to be.

Sheila was not out-out. I mean, to their close friends, and queer circle, they were out as a lesbian. I am also not sure Sheila’s family knew about this. Sheila’s preferred pronoun was they/them. They had been seeing someone, they told me, and at the time we started interacting with them, they had just come from a relationship.

A lover of vodka and cigarettes, Sheila was very down to earth, practical, affable, and generous. They had their dreams of working hard to support themselves and their family, as well as becoming more and more out about their sexuality and identity. This was one of the reasons they reached out to me as they mentioned, that while in high school, I was an inspiration to them.

I immediately rushed to Karatina Sub County Hospital where I got access to Sheila in the mortuary. There, they lay in the cold room, short black hair covered in blood, their incredible physique (Sheila loved the gym) now almost unrecognisable due to injuries, dried blood, and decomposition. I inquired from the attendants who mentioned they had been brought in the previous night by police after being found dead. They said from the state of their body, they were probably dead at least two or three days prior. Their limbs were also broken, especially their right arm which was bent as if in a defence position. They must have died painfully.

I left. The attendants could not offer any more details other than what they could see and assess from Sheila’s body. They mentioned that an autopsy, as this was a possible homicide, might provide more clues and information. The family had been asked to give consent.

“Sheila was not an activist, but their death has energised the cause for so many queer people…”

Even as #JusticeForSheila trended for the better part of last month, I honoured their memory and spirit the best way I could. Here was the individual, who in just one short month, I had genuinely connected with.

Whereas the police investigation has not been made public – we have no motive, no suspects, or arrests – there are reports that a video emerged showing Sheila leaving a certain premises with 3 unidentified men a few days before they were found dead. The possible murder weapon was also allegedly found and handed over to the police. There is a horrific photo of Sheila’s house with a large pool of blood and splatter on the window curtains which attests to the horror they must have suffered at the hands of their killers.

As the news of Sheila’s death emerged, there was a lot of misinformation, spread even by the best-intentioned activists, which unfortunately, did no justice to Sheila or help in finding out what happened. This was coupled by slow investigations by the police.

Even as Kenyans took to social media to mourn and demand #JusticeForSheila, more questions arose as to the circumstances of their death.

These are some of the key questions we need answers to do justice to Sheila but more importantly, to the many other individuals who have been murdered on account of them being different, including Joash Mosoti who was found tortured and strangled to death a year ago in Mombasa or Rose Mbesa, the 50 year-old intersex who was raped and murdered in Trans Nzoia county recently. It is even more telling that no women or gender rights or anti-rape organisation came out to condemn these incidents, despite the vocal outbursts of LGBTIQ+ organisations.

I personally do not know why Sheila was killed. I don’t know how many people they were. I don’t know if Sheila knew them as the house was not broken into with little or no commotion attracting neighbours.

Sheila was not an activist, but their death has energised the cause for so many queer people who connected with them in life and in death. Sheila brought everyone together which speaks to their lasting impact as an individual and their kind soul.

I took time to write this as it was deeply personal. As a friend, Sheila shared more details about themselves which I will forever cherish. I only hope that their death is not in vain. As I looked at Sheila in the mortuary, I could not help but think how Sheila fought back. Sheila defended and fought back if the defence wounds and broken limbs are anything to go by. Sheila did not die a victim. They fought back and that is the Sheila I knew.

Denis Nzioka is a sexual and gender minorities’ rights activist, based in Nairobi, Kenya.