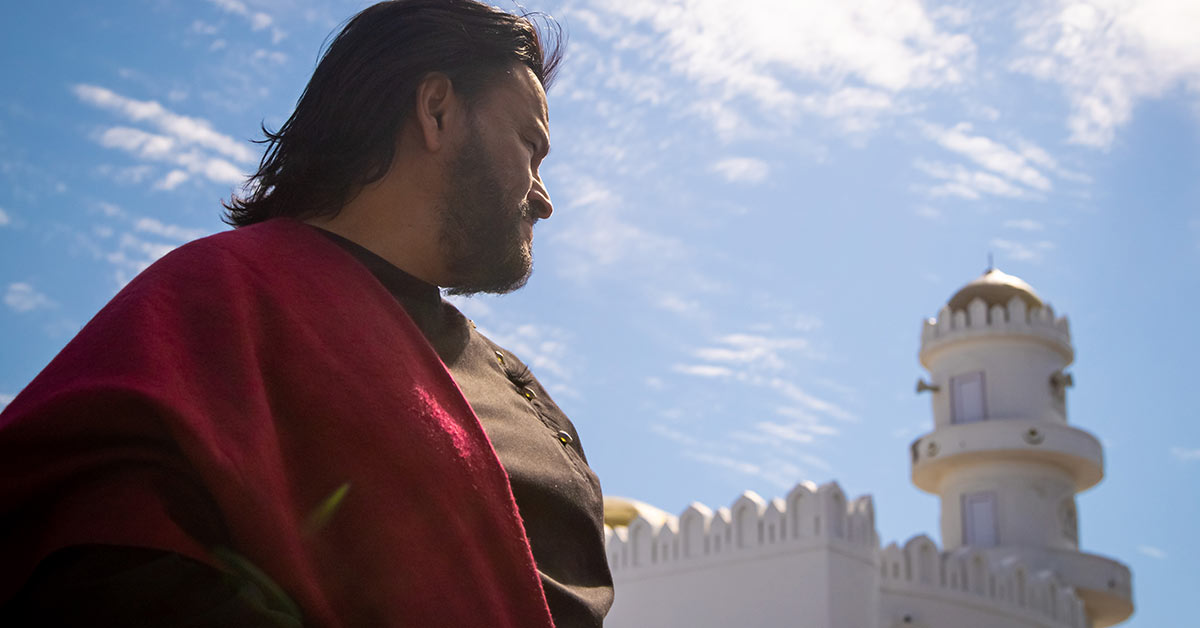 Four years in the making, The Radical is an intimate portrait of Hendricks, who came out in 1996.

Today he leads a devoted group of queer Muslims through the Al-Ghurbaah Foundation, based in a modest mosque in Wynberg. Al-Ghurbaah (“the strangers”) is an organisation that supports the LGBTQ+ community and runs various educational and empowerment programmes that help Muslims reconcile their sexuality with their faith.

The film provides first-person accounts of being and growing up queer as a South African Muslim in a society caught between the liberalism of its constitution and the conservativeness of its cultures and history. The film chronicles individual journeys to queer acceptance, and the struggle for LGBTQ+ rights across Africa, as a diversity of Muslim people, negotiate these tensions.

The Radical film is already causing a stir: while the first screenings have been sold out for weeks, there are already the rumblings of discontent from those who feel that being gay is unacceptable within Islam.

“The need to be authentic was greater than the fear to die.”

The documentary outlines Imam Muhsin’s compassionate interpretation of the Holy Qur’an, in which an innate sexual orientation or gender identity is not something to be condemned.

Imam Muhsin knew early on that his life would be a complicated one. “At the age of five already, I came to realise that I am different from the other boys, but there’s just no support structure, no one you can talk to, because you’re hearing your grandfather saying from the mosque, people like me, we’re going to hell.”

Despite opposition and the occasional death threat, Hendricks remains unperturbed and uses what he calls a “care-frontational” approach to win over sceptics.

“It just didn’t bother me,” he says. “The need to be authentic was greater than the fear to die.” In his words to his students, “The heart is not big enough for both fear and faith. You choose.”

Filmmaker Richard Finn Gregory followed Imam Muhsin to East Africa to film his work with queer Muslim activists in the countries where their activities are outlawed.

“Imam Muhsin’s story sounds impossible when you first hear about it. It’s a radical concept to many people, whether Muslim or not. And so Imam Muhsin invited me to spend time with him and the Muslim LGBTQ+ community: to learn about his life, theology, and his gentle way of trying to change Islam from within, so that the religion that they love, can learn to love them back,” said Finn

“The result was a collaborative film that unfolded over four years, that gives space for the community to express themselves in their own words. It’s a hugely controversial topic, and so our filming needed to take place very carefully. But witnessing his quiet strength and humour in the face of everything that he has experienced makes him a truly inspiring, down-to-earth figure.”

Gregory’s previous documentary that won widespread acclaim was The Boers at the End of the World (2016), about the Afrikaner community that has been living in Patagonia for over a century. The film won three SAFTAS (South African Film and Television Awards) and was screened in cinemas for 10 weeks.

The Encounters International Documentary Film Festival is taking place in Cape Town and Johannesburg between 23 June and 3 July 2022. For more details visits www.encounters.co.za. More screening of The Radical will be announced at a later date.