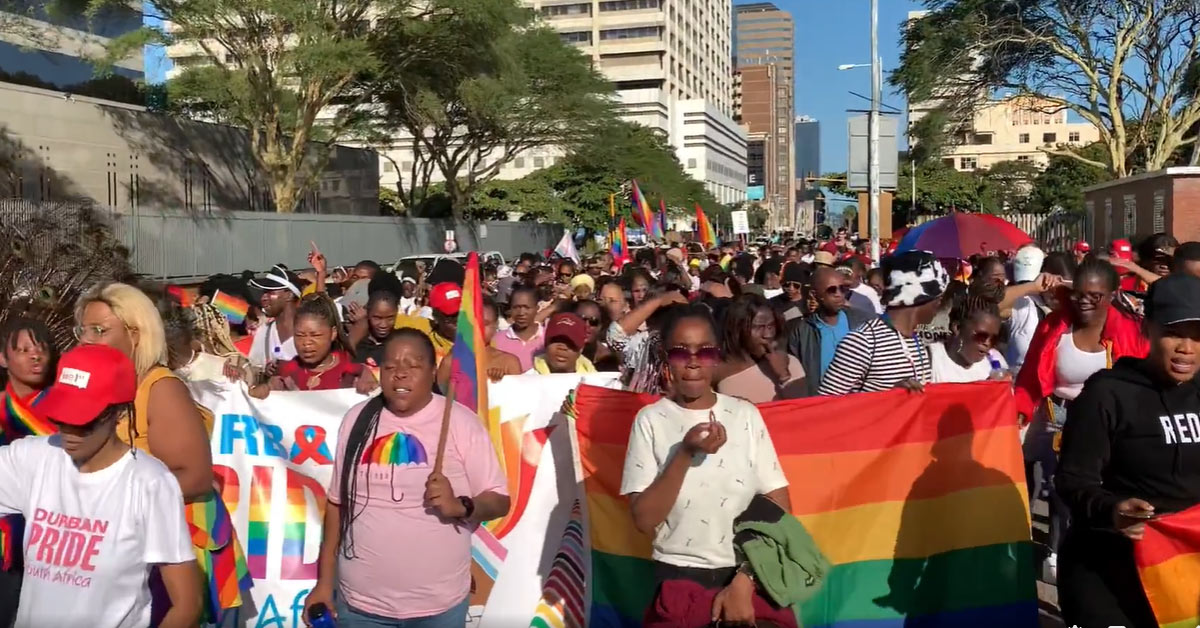 Durban Pride was one of the many Pride events held around the world this past weekend (Image: Wandile Khumalo/Facebook)

From Durban to San Francisco, this past weekend saw Pride events taking place around the world, with one being violently shut down and another cancelled.

In KwaZulu-Natal, members of the LGBTIQ+ community returned to the streets on Saturday for the Durban Pride march, which had been on pause since 2019 because of Covid-19.

This year, Durban Pride did not include the traditional post-parade festivities, which disappointed many who looked forward to socialising and partying.

Instead, the event focused on the pressing issues facing the community, including the attacks on and murders of LGBTIQ+ people, and the impact of lockdowns forcing many to live with intolerant families or abusive partners.

“With a few hundred people taking to the streets from City Hall, we made up for our size this year with colour, passion and determination,” said Jason Fiddler who assisted the Durban Lesbian and Gay Community and Health Centre with organising the event. “It was absolutely awesome to watch, and walk among such beautiful people.”

The events were somewhat marred by incidents in which panicked participants almost stampeded after being frightened by the sound of fireworks and unverified reports of shots being fired. While no one was hurt, the reactions were no doubt affected by Saturday’s horrific shooting in and around a gay bar in Oslo, Norway.

Two men were killed and 21 injured by a lone gunman in the attack. The incident led organisers to cancel that city’s Pride parade hours before it was to set start. Nevertheless, hundreds defied hate and fear and held a spontaneous march to honour those killed and injured.

In Turkey, İstanbul’s LGBTIQ+ community was once again forced to confront the repression and wrath of the city’s homophobic authorities. Despite an official ban, a determined crowd turned out on Sunday for Istanbul’s 20th Pride march to call for queer rights and equality.

Police responded by arresting hundreds of participants, activists and journalists and forcibly bringing the event to an end.

“Police interrogation of 373 people who were detained yesterday is now over, and they will be sent to hospital before being released,” said Istanbul Pride Week on Monday. 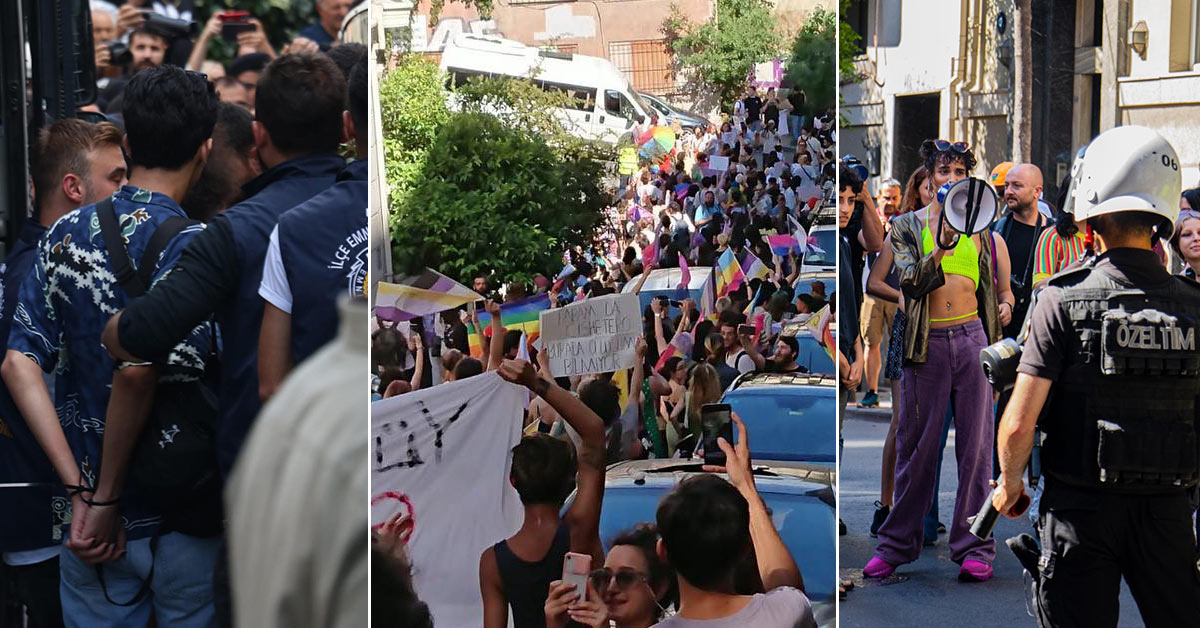 Unable to hold Kyiv Pride due to Russia’s invasion, LGBTIQ+ Ukrainians walked with their Polish counterparts in the Warsaw Pride march; not only to demand LGBTIQ+ equality but to also call for peace.

“Russia denied us the right that we were fighting for for years, Russia denied us the Pride, our march of equality that we are holding every year since 2012 in Kyiv. … That is why we are marching in Warsaw,” Lenny Emson, executive director of KyivPride, told Reuters.