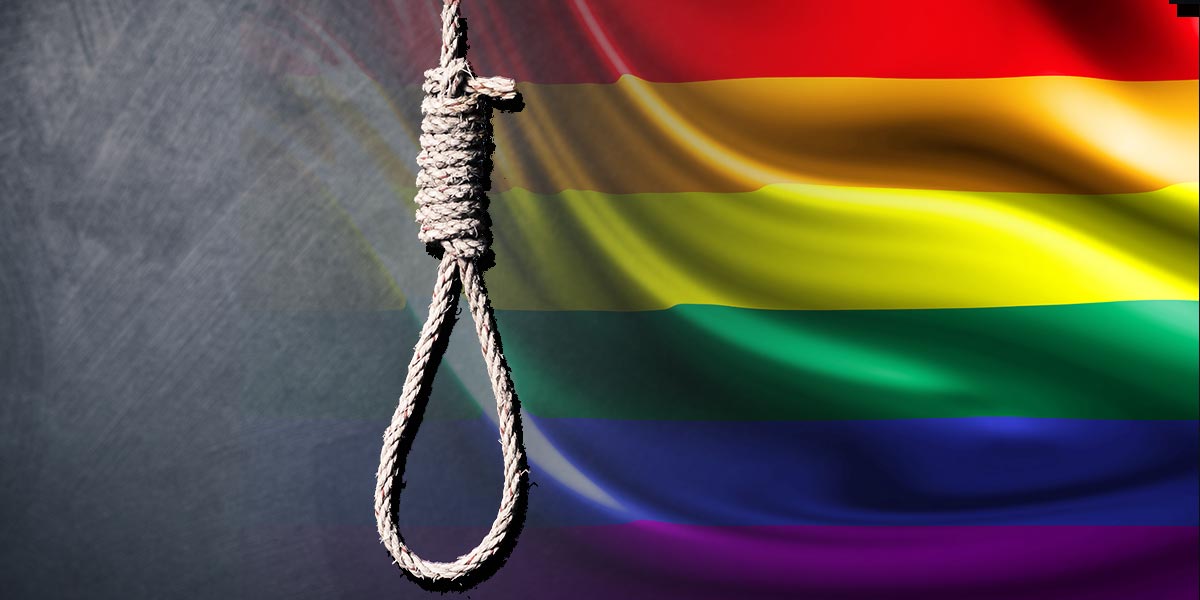 The execution of at least one gay man in Iran and the sentencing of three more to death by stoning in Nigeria have highlighted the shocking reality that queer people are still being executed for who they love.

The Jerusalem Post confirmed with HRANA that Iman Safari-rad had earlier been sentenced to death on charges of “sodomy,” a charge commonly used to convict Iranians for homosexuality.

Another individual, Mehdi Khalgoldi, was executed on a charge of “rape” which has also been used to prosecute gay men. While the method of execution has not been reported, this is often through hanging in Iran.

In February, it was reported that two men – Mehrdad Karimpou and Farid Mohammadi – were hanged in the northwestern Iranian city of Maragheh on charges related to homosexuality.

Iran’s legal code is based on strict Islamic law and allows a judge to sentence a person found guilty of sodomy to death. According to the Boroumand Foundation, there are records of at least 107 executions in Iran with charges related to homosexuality between 1979 and 1990.

In 2019, the former foreign minister of Iran, Mohammad Javad Zarif, told journalists that his country’s policy of executing gay people is justified based on morality.

Reuters reported that the leader of the local religious police that arrested the men in June said that all three had “confessed” to “the crime” and confirmed that they had not received legal representation in their trial.

The men can appeal the sentences, which would also need approval by the state’s governor before they could be carried out.

Bauchi is one of 12 northern states in Nigeria that operate under Islamic religious law which provides for the maximum penalty of death by stoning for homosexuality.

Under Nigeria’s federal law, colonial-era legislation also prescribes a jail sentence of up to 14 years for anyone found guilty of engaging in homosexual acts.

The more recent Same-Sex Marriage Prohibition Act (2104) outlaws same-sex marriages and relationships with a penalty of up to 14 years in prison. It further stipulates 10 years in jail for public displays of same-sex affection and membership or support of LGBTQ groups.

ILGA World has found that the death penalty is a legally prescribed punishment for consensual same-sex sexual acts in six UN member states. Aside from Iran and Nigeria, these are Brunei, Mauritania, Saudi Arabia and Yemen.