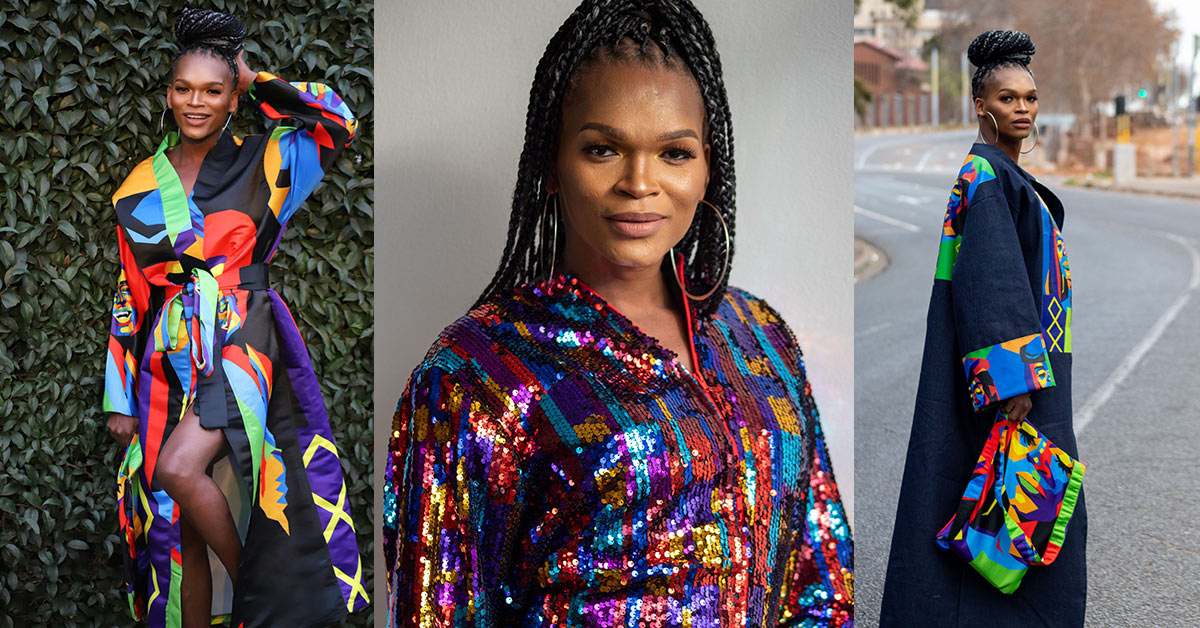 With the launch of her Queer Comfort line, Yaya Mavundla is now also a fashion entrepreneur and humanitarian

Queer Comfort, a new clothing line by transgender pioneer Yaya Mavundla, is being launched and sold in major cities around the world to support transgender people in need.

The reality TV star and multi-award-winning activist and media personality can now add businesswoman and humanitarian to her long list of achievements.

Mavundla, who was recently named Fashion Muse of the Year at the Fashion Industry Awards South Africa, has unveiled the striking ready to wear collection that she’s described as “fashion with a purpose.”

Fifty-percent of the profit from the sale of the clothes will go towards assisting transgender people in South Africa in need of access to hormone therapy and education.

The collection makes its debut in Amsterdam for Amsterdam Pride this week, followed by London for UK Black Pride in August. It will then be made available in South Africa in October during South African Pride Month.

Queer Comfort will also be available in New York, Oslo, Paris, Belgium and other cities and countries where Mavundla plans to partner with LGBTIQ+ organisations to sell the collection.

Mavundla explains that she was inspired to create her own fashion line by the fact that every time she attends Pride abroad, people are fascinated by what she is wearing.

“The last time I was at World Pride in New York, I ended up on a float that I was not initially part of because they liked what I wore,” says Mavundla.

“I recently went to Milano Pride [and] half my time spent there I was posing for pictures with people wanting to be photographed with me because they liked my outfits.”

Mavundla wants to use the collection to help change lives because she knows what “it is like not to have access to hormones and support for education as a black transgender person”.

She adds: “I just want people like me to be comfortable. This is my gift to myself and my peers.”

Those who wish to support Mavundla’s clothing line can follow @queer_comfort on social media, where she will share new images of the collection every week.

Named Socialite of the Year by the Feather Awards in 2018, Yaya Mavundla came to national mainstream prominence as one of the participants in Becoming, the ground-breaking 2021 reality show that followed the lives and transition journeys of four transgender South Africans.

In September last year, she was recognised as a Sowetan’s Woman’s Club achiever in the category of Arts & Culture, Beauty & Fashion and Media & Entertainment.