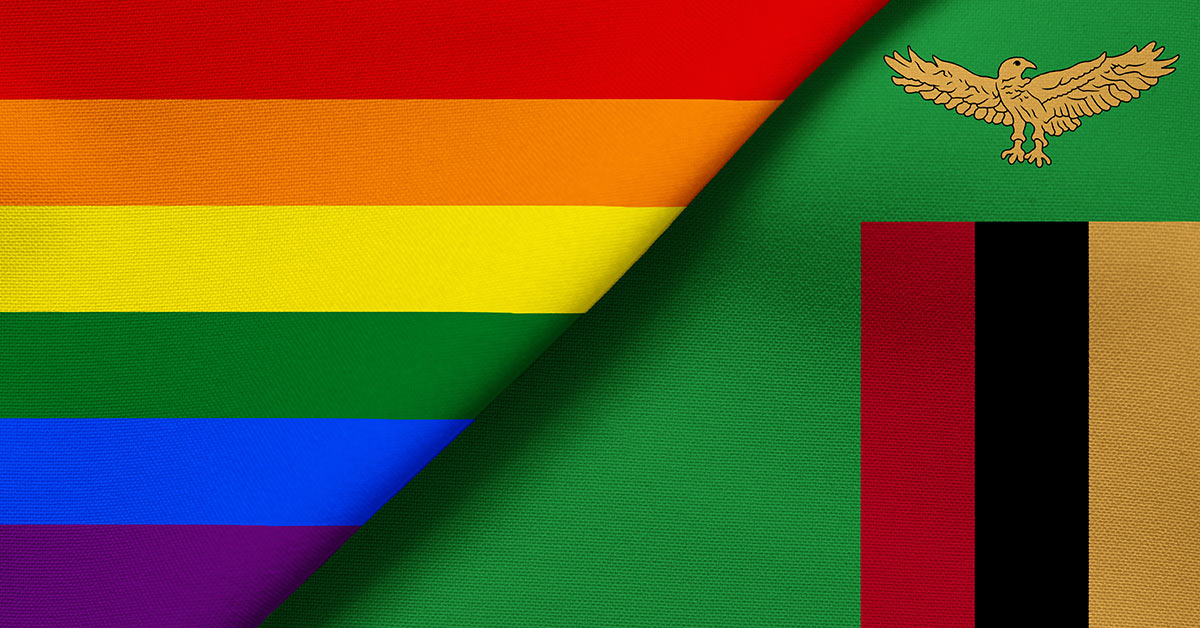 The Zambian government is accused of inciting violence after calling on citizens to “defend” the country against LGBTI people.

On Tuesday, the Minister of Information and Media and Chief Government Spokesperson, Chushi Kasanda, issued a dangerous statement addressing the status of the LGBTI community in Zambia.

In it, Kasanda reaffirmed the government’s commitment to upholding the country’s laws that criminalise homosexuality, seemingly at any cost.

Under Zambia’s colonial-era penal code, those convicted of same-sex sexual activity face sentences of up to life in prison.

Kasanda warned that “anyone found practising or promoting any of the said acts is liable to prosecution in the Courts of Law”.

She said citizens must “uphold the moral values and principles of our society in line with the declaration of Zambia as a Christian Nation”. These values, she insisted, “should, therefore, never be sacrificed at any cost.”

Kasanda dismissed suggestions that the government “supports homosexuality” and confirmed that “police and other law enforcement agencies remain active and engaged in pursuing cases of LGBT whenever and wherever they are reported”.

The government also called on parents, the church, traditional leadership, NGOs and other stakeholders “to join hands in scaling up the fight against LGBT”. Kasanda added that “this is not a fight for Government alone but for all citizens”.

Teboho G. Klaas, Religion Programme Officer for The Other Foundation, which promotes equality and freedom for LGBTI Africans, has called the statement “despicable and detestable” and believes that it amounts to making “calls for violence against LGBTI Zambians”.

In a letter seen by MambaOnline, Klaas has urged the Council of Churches in Zambia to denounce the government’s position.

“The government statement does not serve that purpose. Instead, it calls for a ‘fight’ against and effectively dehumanises LGBTI people, employing laws bequeathed to Zambia by its former colonisers.”

Klaas pleaded for the Council to consider the impact that the statement will have on LGBTI Zambians.

“Where I stand, they are up to untold misery and feel that they are being hunted alive or dead, as animals. They are pitted against their parents and families. Even hope-inducing institutions such as churches are listed as their hunters, to hunt them out. That is awful!” he said.

Klaas believes that “silence is not an option”. He asserted: “You have all that it takes to rise to the situation, a liberating and reconciling Gospel of Jesus Christ, and save the soul of the Zambian nation, including the LGBTI people in your country.”

In 2019, a diplomatic row erupted when US Ambassador Daniel Foote publicly criticised the Zambian government for allowing two men to be jailed for 15 years on homosexuality charges.

The government was infuriated, with then-President Edgar Lungu telling Sky News: “We frown on it… the practice… most of us think it’s wrong… it’s unbiblical and unchristian… and we don’t want it.”

In that same year, openly queer South African media personality Somizi Mhlongo was banned from appearing at an event in the capital Lusaka over concerns that he would “tear the country apart” and “undermine the morals of the land”.