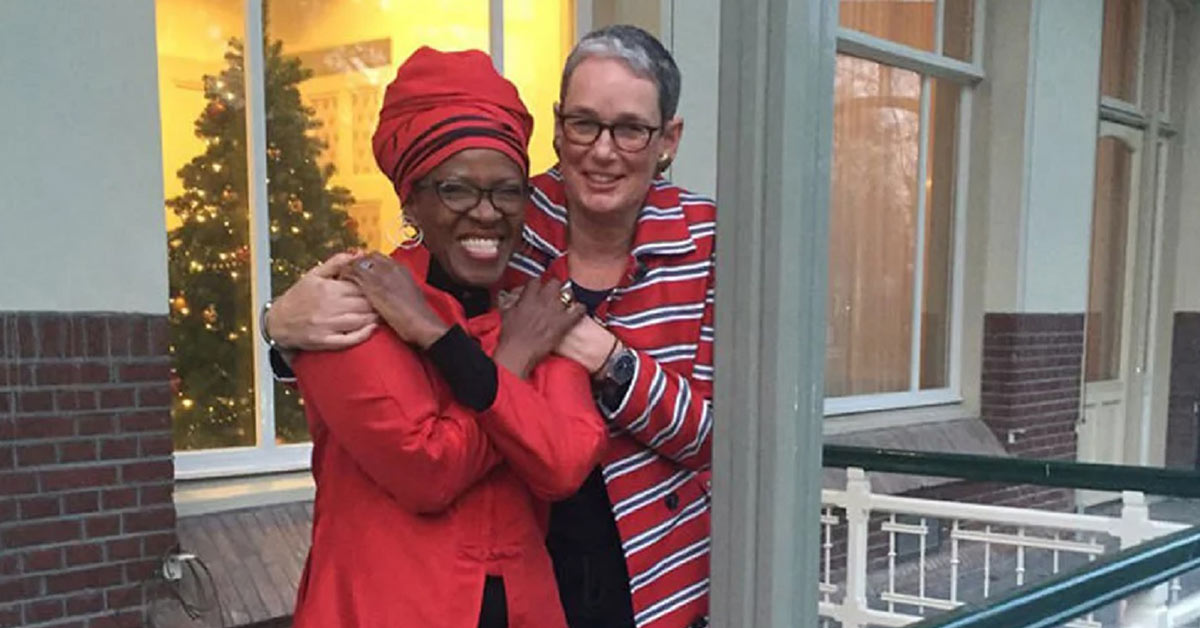 The daughter of the late Archbishop Desmond Tutu, Mpho Tutu-Van Furth and her wife, Marceline

The Desmond and Leah Tutu Legacy Foundation has condemned the Church of England’s “callous” decision to bar Tutu’s daughter, Mpho Tutu-Van Furth, from presiding over a funeral because she’s married to a woman.

Tutu-Van Furth, who is an Anglican priest in the US, was stopped by the Hereford Diocese from presiding over the funeral of her late godfather, Martin Kenyon, in the English county of Shropshire on Thursday.

According to the BBC, Kenyon’s family ended up moving the ceremony from St Michael and All Angels Church to a marquee in the vicarage next door so that Tutu-Van Furth was able to lead the service.

In a statement, the Desmond and Leah Tutu Legacy Foundation expressed its “deep dismay” at the decision and said, “the Church has again taken a position that undermines the safety, dignity, and value of members of the LGBTQIA community, and all human beings.”

Throughout his life, Archbishop Desmond Tutu – who passed away in December 2021 – was a vocal and unambiguous champion for LGBTQI+ rights.

In 2013, he infuriated homophobes and religious bigots around the world when he said: “I would refuse to go to a homophobic heaven. No, I would say sorry, I mean I would much rather go to the other place. I would not worship a God who is homophobic and that is how deeply I feel about this.”

The Church of England defines marriage as only being possible between one man and one woman and does not allow its clergy to be in same-sex marriages.

Tutu Van Furth had her license as a priest revoked by the South African Anglican Church in 2016 after she married her wife, Professor Marceline Van Furth, in The Netherlands. This, said the foundation, had caused her father “distress” and “pain”.

The foundation reaffirmed its commitment to “continue to speak out as the Arch would have done against any positions that undermine the value and dignity of all people.”