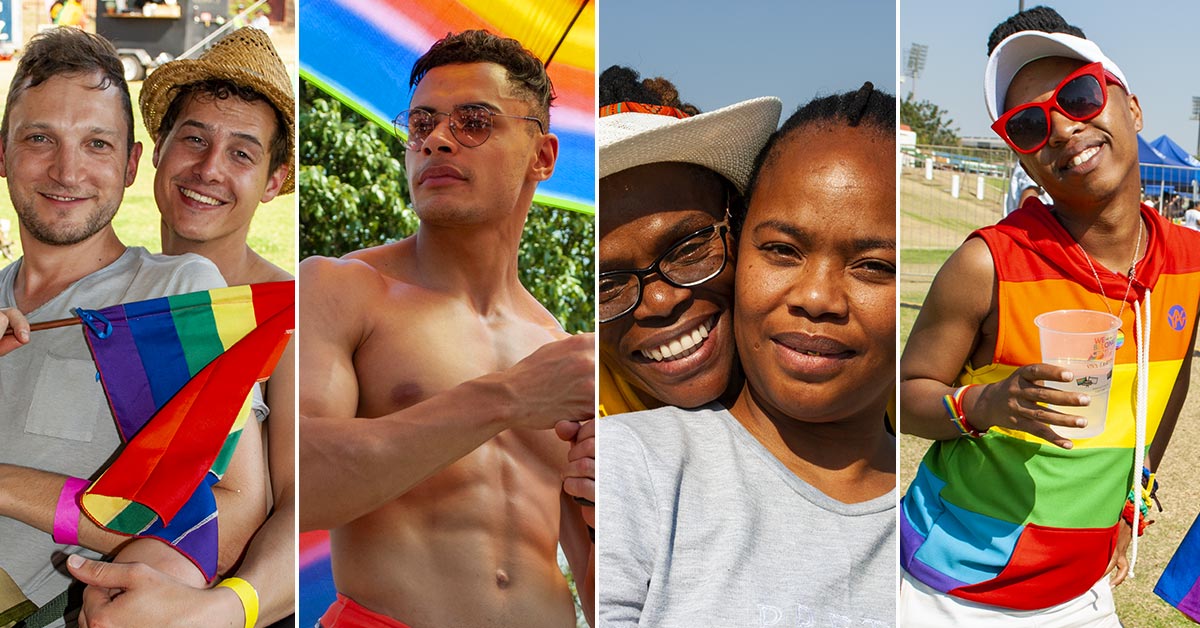 Pretoria Pride once again took over the Centurion Rugby Club for the 2022 edition of one of South Africa’s biggest queer gatherings.

Braving a heatwave, hundreds were led by Mr and Miss Gay Pride Pretoria, Marco Prins and Larissa Vee Jones, through the streets of Centurion to proudly affirm their sexual and gender identities.

With little overtly political messaging in the march (compared to the previous week’s Soweto Pride, for example), the procession was all about fun, creativity and visibility, with many participants sporting inventive and eye-catching outfits.

Cars hooted in support and music blared from floats packed with barely-dressed boys amid an explosion of rainbow umbrellas. The event also had a sizeable contingent of bears, some on a vehicle and others carrying a huge Bear Pride flag behind it.

The festive crowd returned to the rugby club field, growing in size as the afternoon wore on. The well-organised event offered several bars, numerous food stalls and a selection of LGBTIQ+ vendors selling their wares. Entertainment was provided by a collection of drag performers and DJs.

Pretoria Pride 2022 was an enjoyable and colourful day in the (sizzling) sun and a safe space for the queer community to freely socialise and express themselves.

Check out our second set of pictures from Pretoria Pride 2022 below (or click here for the first gallery).