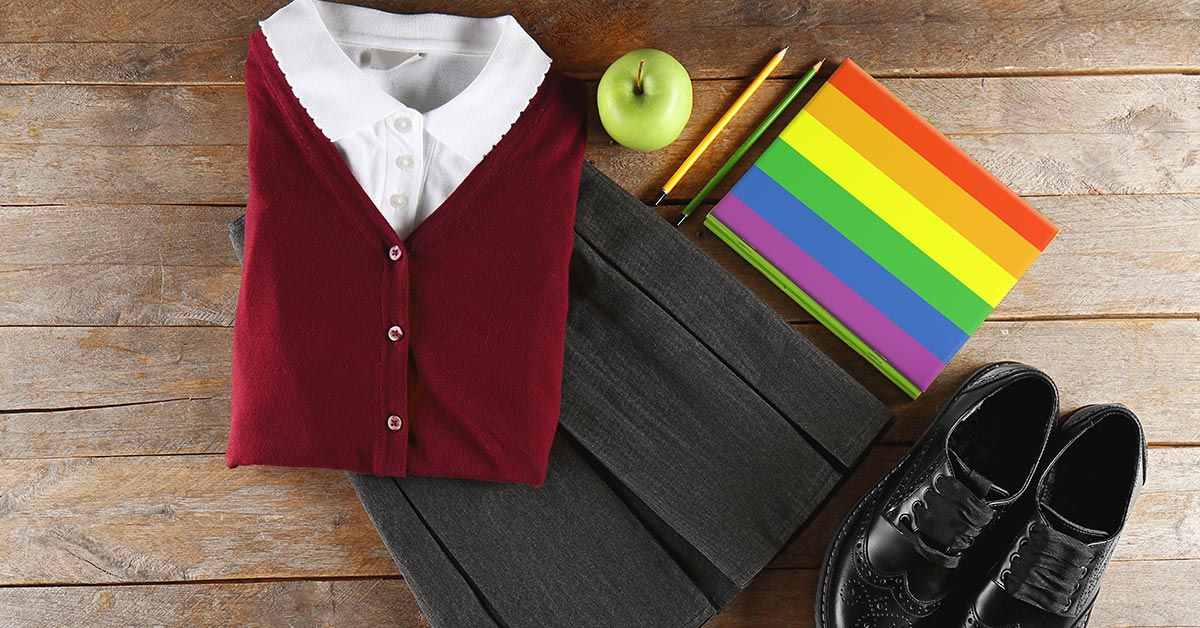 Some media outlets are sensationalising the Department of Basic Education’s proposed new guidelines that aim to include and affirm LGBTIQ+ school learners. Here’s what they really say.

MambaOnline has seen a copy of the Guidelines for the socio-educational inclusion of Diverse Sexual Orientation, Gender Identity, Expression and Sex Characteristics (SOGIESC) in schools and can confirm what they recommend.

The long-awaited document starts with an excellent overview of the many constitutional, legal and international human rights obligations that require the inclusion of LGBTIQ+ school learners without discrimination and bias.

The department says that the proposed policy is intended “to establish values, attitudes and behaviours that will promote an environment where all learners are valued as equal members of the school community, one that is in line with the South African Constitutional vision of equality, dignity, and freedom.”

While some media have made sensational claims that the guidelines “want to do away with pronouns to indicate gender,” this is not correct. They instead encourage staff to use a learner’s preferred name and preferred gender and pronouns when requested.

They further suggest that teachers not assume a person’s gender by how they look and avoid unnecessarily using language that references anyone’s gender, such as saying “hello ladies and gentlemen”.

The most controversial aspect of the guidelines for many members of the public will be the issue of bathrooms and gender, a long-standing hot topic for conservatives.

There have been suggestions that the guidelines aim to make all school bathrooms unisex, but this is misguided. They instead recommend that schools also provide non-gender-specific toilets and change rooms for those who may not identify as one of the gender binaries. These bathrooms could be in addition to traditional gender-designated facilities and should have individual stalls or cubicles to provide privacy for all users.

Imposing the use of school uniforms based on gender has become an ongoing problem in some South African schools, with learners being sent home and denied the right to learn for wearing the “wrong” uniform.

To combat this, the guidelines say that LGBTIQ+ learners should be permitted to wear the gender uniform of their choosing. Furthermore, schools should allow for a gender-neutral uniform option that can be worn by students of any gender.

The guidelines also point out that the tradition of lining up learners based on their gender serves no purpose other than to enforce stereotypes and schools are asked to avoid these kinds of “gender-binary” practices.

The new guidelines are still in the draft stage. It’s expected that they will be formally released next year for public comment before being adopted.

There is already opposition to the proposed changes, with parties such as the FF+ and the notoriously homophobic African Christian Democratic Party (ACDP) slamming the so-called “woke” guidelines.

The ACDP’s Kenneth Meshoe, for example, has expressed his “shock and disapproval” at what he describes as “radical rule-changes for schools [that] will allegedly move communities away from the usual ‘gender norms’ in society.”

Recent tragic events, however, such as the suicides of two LGBTIQ+ school learners this year after they were bullied by teachers, show that these kinds of guidelines are desperately needed. A 2016 report by OUT LGBT Well-being, also found that 56% of LGBT South Africans surveyed said they’d experienced discrimination based on their sexuality or gender identity while attending school.

It is high time that schools stop acting as if they are exempt from their constitutional obligations and ensure that they provide safe and welcoming environments for all.