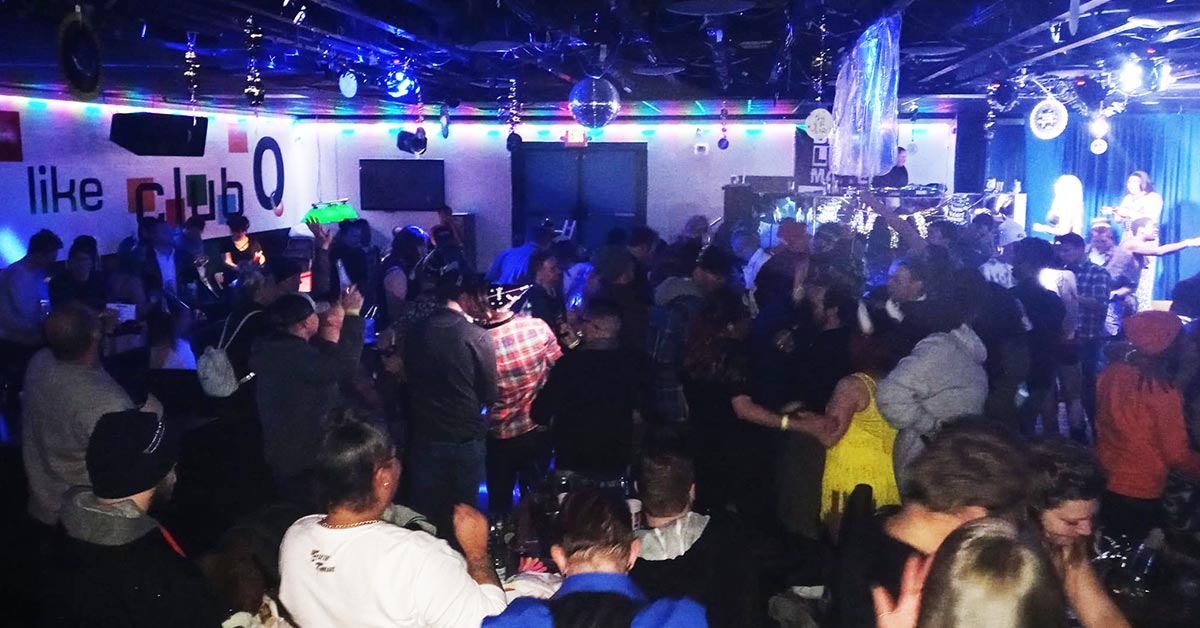 The interior of Colorado’s Club Q, where a gunman shot and killed five people on Saturday night (Photo: Facebook)

It’s been revealed that two “heroic” individuals fought and subdued the man who opened fire in an LGBTQ+ nightclub in Colorado, killing five people.

More details have been released by the Colorado Springs Police Department about the shocking attack on patrons of Club Q.

Police were called just before midnight on Saturday after the gunman walked into the venue and started shooting revellers as he moved through the club.

“While the suspect was inside of the club, at least two heroic people inside the club confronted and fought with the suspect. And were able to stop the suspect from continuing to kill and harm others,” said Colorado Springs Police Department Chief Adrian Vasquez at a press conference on Sunday.

Five people were killed and 18 were injured in the attack. The gunman has been identified as 22-year-old Anderson Lee Aldrich who is in police custody.

“At least two firearms were recovered at the scene… but I can confirm that the suspect used a long rifle during this shooting,” said Vasquez.

Colorado Springs police spokesperson Lt Pamela Castro commented that it is too early to say if the attack was a hate crime although this was under investigation as a possible motive.

“Club Q is a safe haven for our LGBTQ citizens. Every citizen has the right to feel safe and secure in our city,” added Vasquez.

Police and the FBI are looking into Aldrich’s background to see if he has been involved in any previous incidents.

“This is a horrible crime. We must do this right and ensure justice is served for the victims of this tragedy,” said Colorado Springs Mayor John Suthers.

“Club Q is devastated by the senseless attack on our community,” said Club Q’s owners in a statement posted on Facebook after the shooting

“Our [prayers] and thoughts are with all the victims and their families and friends. We thank the quick reactions of heroic customers that subdued the gunman and ended this hate attack.”