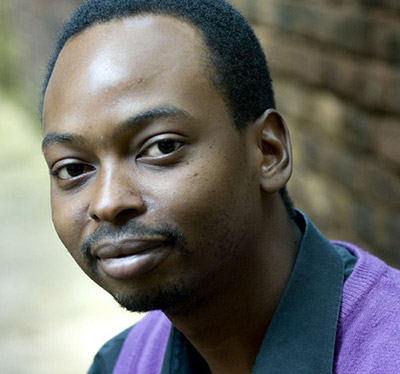 Wednesday’s swearing in of MPs for South Africa’s fifth democratic Parliament was an especially historic occasion; it featured the induction of the first openly-gay black Member of Parliament on the continent, Zakhele Mbhele.

South Africa has boasted a handful of proudly gay MPs before, notably Ian Ollis, who game out to voters here on Mambaonline in 2009, but Mbhele’s racial background is significant and groundbreaking in Africa, where many still labour under the belief that homosexuality is not natural to the African soil.

Mbhele, representing the official opposition, the DA, is just 29-years-old but comes with a proud LGBT activist heritage. He headed up the University of Witwatersrand’s LGBT campus group when he studied there and served on the board of Joburg Pride for a number of years.

He then moved into politics, becoming the Media Liaison Officer for Western Cape Premier Helen Zille, before entering Parliament.

In an exclusive interview with Mambaonline, Mbhele revealed that becoming an MP had been a goal of his for about six years, “So realising it now is literally a dream come true.”

He admitted that the impact of his achievement as a gay man hasn’t been at the front of his mind. “I know what it means as a historical milestone but I’m not walking around thinking of myself as the first openly gay black MP in Africa or singularly defining myself by it.”

Mbhele said, however, that he hopes that his new high profile position will inspire LGBT youth to believe in themselves and to have confidence in their ability to realise their goals.

“One of the most damaging things about homophobia is its destructive effect on a young LGBT person’s self-esteem. That was certainly one of the issues I grappled with when I was coming to terms with my sexuality in my teen years,” he explained.

“Having more openly gay achievers in society can counter that damage by giving young LGBT people role models to inspire them to build their self-confidence and work ambitiously to achieve their dreams.”

Mbhele went on to cite the emergence of gay footballer Michael Sam on the American professional sports scene, “because he delivers a roundhouse kick to three prejudices at the same time: prejudice against gay men, against interracial relationships and against gay men in professional sport. It’s also significant that he is black because black LGBT youth are faced with a unique set of challenges to do with their racial, cultural and religious backgrounds.”

Asked if he believes that his sexual orientation will bring something unique to his role as an MP, he replied: “I think being gay allows me to bring a unique perspective or lens to some issues that may come up in Parliament. As a gay person, I always have a subtle awareness of not being in the mainstream and the sense of marginalisation that can foster, so that makes me biased towards promoting and entrenching a human rights approach to policy matters.

“Many people are blind to structural issues relating to patriarchy, heteronormativity and economic disadvantage because of their social position and I would like to bring a voice that highlights those hidden dimensions.”

Mbhele said that LGBT issues, especially those affecting gays and lesbians in poor communities, remain close to his heart. “That’s why, for example, I’d like to work in the police portfolio because I’d like the opportunity to raise the issue of hate crimes as they relate to policing and highlight problems that still exist around homophobia, transphobia and secondary victimisation in the police service.”

He believes that Parliament should play a stronger role in assisting the country’s LGBT community by continuing to amend and pass laws that make equality more substantive, (and holding government accountable to upholding those laws), as well as serving as a debate platform to challenge prejudices against LGBT people in South Africa and in other African countries.

Mbhele expressed his disappointment with the previous Parliament’s failure to condemn the recent passing of horrific anti-gay legislation in Uganda and Nigeria. “South Africa should have taken a strongly pro-human rights position that expressed disapproval of such laws,” he insisted.

Mambaonline wishes Mbhele all the best in his new career as an MP.