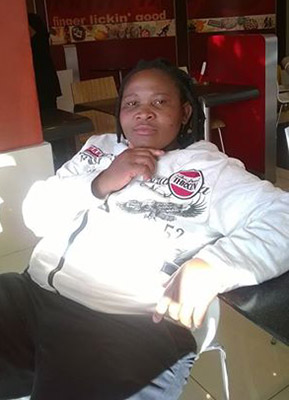 The man who killed Thembelihle Sokhele, a lesbian woman, in Ekurhuleni outside of Johannesburg, has been sentenced to 22 years in jail.

Thabo Molefe, 47, was found guilty of murdering 28-year-old Sokhele in his Daveyton home in September last year. Her body was found in his room, two days after she’d been reported missing.

Sokhele had been raped and her head bashed against the wall. She’d also been suffocated with a pillow and was wrapped in a blanket next to the bed.

Her body was only discovered by the man’s mother after a smell was noticed coming from the room. Molefe handed himself in to the police shortly after.

According to Inkanyiso.org, Judge Mokgotsi sentenced Molefe in the Pretoria North Magistrates’ Court to 22 years for murder and 12 for rape. The sentences will run concurrently.

Molefe had claimed that he and Sokhele were in a consensual romantic relationship and that he accidentally killed her in an altercation. The court found that while the two did know each other, the evidence clearly showed that Sokhele had been raped.

Judge Mokgotsi, who said that the murder was not a case of “corrective rape”, told Molefe : “You violated her dignity and took away her right to life.”

He added that Molefe “took advantage and betrayed the trust that Lihle had for him, oblivious to the danger and risk to her life.”

At the time of the murder, Molefe was on parole for two earlier indecent assault convictions. He also has a litany of other convictions to his name.

Inkanyiso.org reported that Sokhele’s cousin, Joyce “Sibongile” Tshabalala, considered the sentence a “slap on the wrist”, especially in light of Molefe’s criminal history. She, along with activists who attended the trial, believe that a life sentence would have been appropriate.