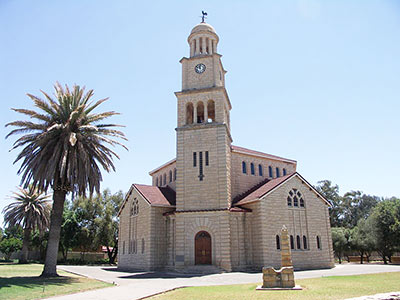 The General Synod of the Dutch Reformed Church (DRC) or NG Kerk has moved towards recognising same-sex relationships and non-celibate gay theology students.

Netwerk24 reports that church leaders at the synod voted in favour of a proposal on Thursday that will allow individual church councils to decide on the issue.

The councils will formulate their own practices and rules on same-sex unions. No minister will be forced to solemnise these unions.

The proposal states that heterosexual and homosexual couples in a relationship of “personal faith obedience to the Lord” should be allowed to fully participate in all the privileges of the church.

While allowing ministers to find a way to confirm same-sex unions, the church reiterated the view that marriage is only possible between one man and one woman. The proposal may be amended, although not substantially, before being adopted in a final round of votes.

The decision is a compromise taken in light of the diverse views on same-sex marriage in the DRC, but has nevertheless been welcomed as a progressive move.

Dr. Andre Bartlett, who proposed the changes, said he was “flabbergasted” by the vote and described it as “a big step forward for the restoration of the dignity of our church’s gay members.”

The DRC was historically one of the country’s most conservative churches and was seen as a cornerstone of apartheid.

Since 2007, only celibate gay clergy have been allowed as ministers in the DRC. In 2008, the Moreleta Park NG Kerk was forced by the courts to rehire, apologise and pay damages to a music teacher it fired for being gay in 2005.

In July this year, the general moderator of the DRC urged the church to fully welcome gay ministers and same-sex marriages.