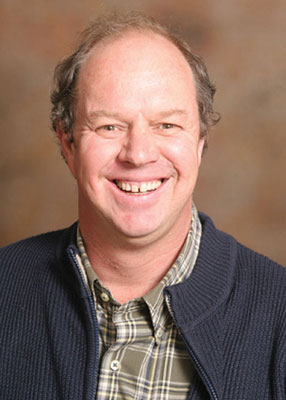 The general moderator of the Dutch Reformed Church (or NG Kerk) has urged the church to fully welcome gay ministers and same-sex marriages.

Netwerk24 quoted Prof. Nelus Niemandt as saying: “My hope is that the lesbian, gay, bisexual and transgendered (orientation) will be normalised (in the church).”

Speaking in his personal capacity, Niemandt stated that gay ministers should no longer be forced to be celibate and that the church should begin to bless and accept same-sex unions.

“There isn’t a clear prohibition in the Bible on what we see as a life-long union between two people of the same sex who live according to Christian values,” he also told EWN.

The matter is expected to be debated at the church’s annual general synod in October.

Since 2007, only celibate gay clergy have been allowed as ministers. The church justifies this because sex outside of marriage is seen as sinful and it does not recognise same-sex marriages.

In 2008, the Moreleta Park NG Kerk was forced by the courts to rehire, apologise and pay damages to a music teacher it fired for being gay in 2005.

“It a very significant move,” he told Mambaonline. “It might lead to a watershed moment for the Dutch Reformed Church and we will have to see what will come of it.”

He said that the church’s policy had resulted in many good people leaving the clergy, often having to completely change their careers. Those celibate gay ministers who have remained typically become lonely, depressed and may start resenting themselves, Meyer explained.

“Some have married women and are in unhappy marriages. And all this has an impact on the efficacy of their work in their congregations,” he added.

Meyer acknowledged that the issue could become a deeply divisive one. “There is a possibility it could lead to a schism in the church,” he said, “or then the church could finally move forward. It is now time.”