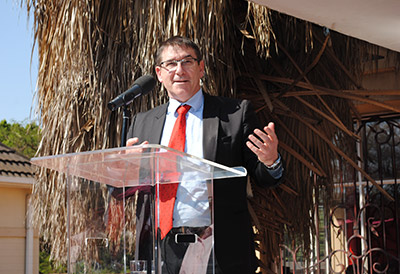 LGBTI activists have welcomed news that South Africa’s long-awaited hate crimes bill will finally be made public in a few months’ times.

The bill is expected to propose making offences based on a person’s sexuality, gender identity, race, religion or any other trait, a uniquely classified crime.

The intention is to not only make a statement about the heinous nature of these crimes, but to also allow government and civil society to monitor their frequency and nature and respond accordingly.

The Deputy Minister of Justice and Constitutional Development, John Jeffery, told City Press this week that a draft bill will be presented to Cabinet “in a month or so” before it is released for public comment.

Speaking to the Cape Times, he revealed that the “public participation process” is expected to start in June.

Jeffery explained that while the draft document was completed late last year, “the explosion of racism recently has forced us to relook at it to include hate speech as a crime.”

The move to further criminalise hate speech could, however, prove to be constitutionally problematic, depending on its reach and definition in the bill.

The hate crimes bill is long-delayed. It was first touted by the government in 2013, which said then that it would be introduced in Parliament the following year.

In a statement, LGBTI group Triangle Project welcomed the news. It revealed that it had met with representatives of the Department of Justice at the end of 2015 on the matter.

“These meetings helped to develop a draft bill to present to the public and we are gratified that after the many delays, South Africa is coming close to getting the comprehensive hate crimes legislation it so desperately needs,” commented Matthew Clayton, Research, Advocacy and Policy Manager at Triangle.

The need for hate crimes legislation emerged with urgency in 2007, after the brutal double murder of Sizakele Sigasa and Salome Masooa in Soweto. 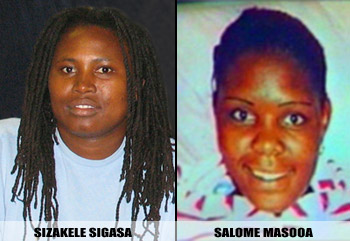 Following yet more violence against black lesbian women in particular and a campaign led by the organisation Luleki Sizwe and Nondumiso Funda, the National Task Team (NTT) was set up in 2011. The NTT is comprised of government departments and civil society groups and aims to tackle violence against LGBTI people.

“It has not been without its problems, and our role as civil society must remain clear, but the NTT continues to hold great potential in the fight against hate crimes,” said Clayton.

He also argued that while guarantees in the Constitution and in legislation have not always delivered on their promises, legislation like the hate crimes bill, “while not perfect, provide an important structural response to ongoing injustice against LGBTI people which can be built upon by activists.”