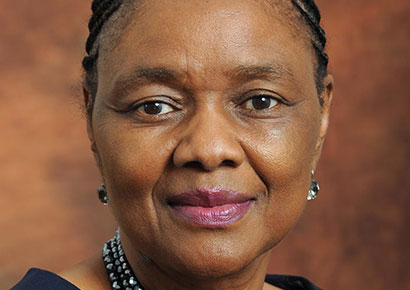 Minister of Home Affairs Hlengiwe Mkhize has refused to back an amendment to remove a major discriminatory provision in the country’s same-sex marriage law.

Section 6 of the Civil Union Act allows Home Affairs marriage officers to refuse to marry same-sex couples. This means that the service is simply not offered in many Home Affairs branches and has led to same-sex couples humiliatingly being turned away across the country.

On 15 May, MP Deidre Carter, the Deputy General Secretary of COPE, asked the minister in writing if she would be willing to “introduce amending legislation to repeal section 6 of the Civil Union Act”.

Mambaonline has only now received Minister Mkhize’s response. In it, she revealed that of the department’s 1,130 marriage officers, 421 (around 37%) are currently exempted from performing civil union marriages because they “objected on the grounds of conscience, religion or belief”.

In a September 2016 report, we revealed then that only 26% of branches in the country offered the service. (It is not clear how the new figures tie in with this, as some branches have more than one marriage officer willing to marry same-sex couples, and some have none.)

As for whether she would be willing to back legislation to repeal section 6, Mkhize bizarrely replied that this was not a “ministerial prerogative” and asserted that section 6 is “a provision of the law”.

Mkhize added that ‘the [Civil Union] Act is clear in that marriage officers will not be compelled to solemnise such civil unions”.

A minister and his or her department, of course, do have the power to introduce bills in parliament as part of the standard lawmaking process. Mkhize’s response suggests that neither she nor the government have any interest in changing the Civil Union Act, (possibly out of fear of infuriating anti-LGBT religious lobby groups).

Reacting to the minister’s answers, Carter said COPE was concerned that more than a third of Home Affairs marriage officers had been granted exemption from solemnising civil unions between people of the same sex.

She questioned whether, under the constitution, government-employed marriage offices should have the right to be granted this exemption. “They are, after all, employed to provide services to the people impartially, fairly, equitably and without bias,” she noted.

Carter also expressed her disappointment that the minister did not propose that the Civil Union Act be amended to make it compulsory for all government-appointed marriage officers to officiate same-sex civil unions, “instead of hiding behind the current (and questionable) provisions of the law”.

She added: “It’s about time that the act was amended. COPE will support and collaborate with initiatives launched in this regard.”

Igor Scheurkogel, who created an online petition last month calling on the government to amend the act, told Mambaonline that he was frustrated by the minister’s response.

He is also disheartened that his petition has not been embraced by the LGBT community. To-date it has only received 531 signatures.

“I really thought that the LGBT community in South Africa would be on this just like we stood together to ban Pastor Anderson from spreading hate in South Africa, but the opposite has happened,” Scheurkogel said.

“I do not know if it is because it was launched by an unknown individual like myself or if we feel it is a lost cause to go against the government or we as the LGBT community have just accepted certain limitations on our rights in South Africa.”

He explained that the petition is not a protest against any religion, but “is purely based on that the government should serve all people and that religion should not be enshrined in the law”.

Scheurkogel added: “I plead with South Africans to stand together so that the constitution is a document to protect our rights and humanity.” (You can sign the petition here.)

Mambaonline is aware of a possible legal challenge to the constitutionality of section 6 of the Civil Union Act. If you have been turned away by Home Affairs when trying to get married and would like to add your voice to this initiative, please email us on info@mambaonline.com (your details will remain confidential).