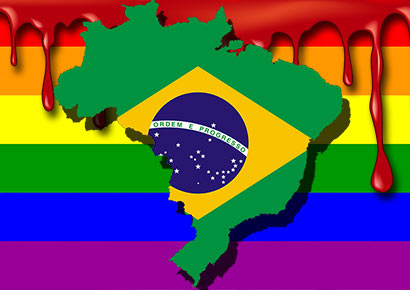 More than one LGBT person is murdered every day in Brazil because of their sexuality or gender identity; the highest LGBT homicide rate in the world.

According to the organisation Grupo Gay de Bahia, which monitors LGBT hate crimes, there were a shocking 387 murders in 2017, an increase of 30% compared to 2016.

While Brazil has a very high crime rate, the group says these murders were directly linked to homophobia or transphobia.

In a new report, Grupo Gay de Bahia also revealed that there were at least 58 suicides by LGBT people in the past year.

The organisation said it is “worrying” that there has been such a dramatic increase in deadly hate crimes in Brazil, reaching an all time high.

“Never have there ever been so many death in the 38 years that Grupo Gay de Bahia has collected and reported such statistics,” it stated.

“An LGBT person is barbarously murdered or commits suicide every 19 hours, which makes Brazil the world champion of crimes against sexual minorities,” continued the group.

“More homosexuals are killed here than in any of the countries in the Middle East and Africa that have the death penalty for being LGBT.” 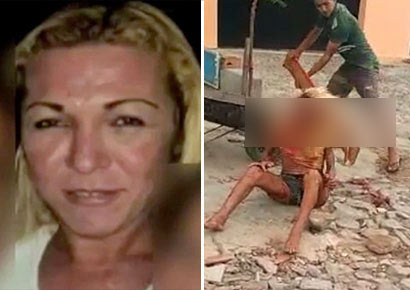 She was filmed being kicked, punched and beaten with a wooden plank by a group of thugs as she pleaded for her life, before being murdered. Her killers taunted her with homophobic and transphobic comments and mocked her breasts.

Brazil is perceived as being a gay friendly country, and LGBT Brazilians have many rights, including marriage equality and adoption by gays and lesbians.

The reality on the ground, however, is that homophobia and transphobia, often fueled by evangelical churches, remain rampant in the country.

Matters weren’t helped in September last year when a federal judge ruled that homosexuality may be seen as a disease that can be treated, reversing a 1999 ban on mental health professionals offering so called “conversion therapy”.