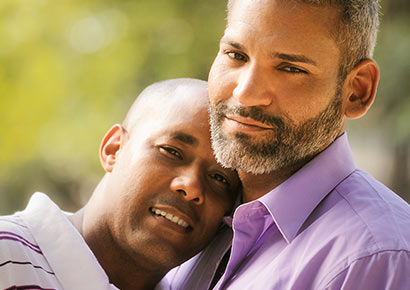 “I am here, and my pleasure matters.” Motlatsi Motseoile explores the intricacies of sex in gay relationships, and how being a bottom is often mired in shame and ridicule.

Because it appears that sex happens to you. You are given it. You take it on the top’s terms. You are the one being fucked, and it can never be the other way round. And just as with women who own their sex and sexuality, being a gay man who identifies as a bottom and defies this notion of ‘sex happening to you’ will lead to more shame and more ridicule.

I have never struggled with my sexual orientation, and as such I have never been in the closet. At my age (I’m in my mid-twenties) this is often unheard of, because of where we all come from – politically and socially. The townships are fertile ground for homophobic violence, both verbal and physical.

Despite the vile words often spewed at me just for being gay, I went on with the project of loving and accepting myself. And I dated within the same community where I experienced violence. It was clear that the only men I was going to be able to date and, ultimately, be intimate with (and I am using ‘intimate’ loosely here) in this community were men who were lately being referred to as ‘men who have sex with other men’ – a clinical term for men who partake in anal sex with other men without the hassle of identifying and living as a gay or even bisexual man. My first act of defiance was that I would not date or even look for intimacy in that space, opting to date in the more cosmopolitan areas of the world.

I wanted an intimate space that was safe, politically and socially, and would, of course, provide pleasure. Did I get that? Sadly, no. It was then that I realised that for a young gay man who identifies as bottom, sex was more complicated than dropping your pants and applying lube.

As I dated, it emerged that I was not permitted to climax; that my own penis was divorced from this act; that I could give oral sex but receiving it was akin to a Christmas present. It became clear that I was there to please the top. I would lie there (on my flat tummy, nogal), take the pounding and thrusting, and when he got his, it was done. No top seemed to care about the bottom getting his. In conversations with other gay men who identified as bottom, it emerged that this was standard procedure; that in fact many bottoms made the unilateral decision to divorce their penises from their sex lives. The only time they would ejaculate would be when they masturbated on their own.

Sex in the city

There is a certain level of ease in the cosmopolitan areas with asking a guy for sex – can we hook up? There is a whole language that comes with this behaviour – NSA (No Strings Attached), followed by a long list of questions that ensure that when we do meet, we get on with the business of the day. It was in this period that I learned to have my own condoms and lube – I had learned that many tops never even buy lubricant. While men in the township would shy away and wait for the night, sex in the cities can happen any time of day, with or without alcohol as a buffer. I had some of my best sex during the day, sober, over a lunch break.

Despite the element of freedom, the politics of being bottom kept creeping up and I could not escape them. I would meet men who would not touch my penis, and when nudged to, would express discomfort. I met men who would be concerned with only their climax, forgetting that sex is a bilateral act.

In this time I also met bisexual men – some of whom were in concurrent relationships with men and women; some just looking to be with a guy for a while. It dawned on me that by virtue of living in the world that we are, everyone’s idea of sex was penetration between a man and a woman. It was also apparent that the anus would be treated as the ‘male vagina’ – to be given attention only just before you shove your d*&k in, and then life goes on. Furthermore, I realised that there was this belief that without the penis, there was no sex – as if toys and tongues were not a thing. So straight men, and heteronormative tops, were chasing the high of their climax and that was it, never caring for their bottom partner’s climax.

When I got into a relationship a few years later, it was with a man with whom I first discussed these issues.

The tyranny of relationships

Relationships are hard as a social institution. We are forced into thinking that we cannot be happy without them and can only be complete in them. It was important to me to get into a relationship with someone who understood that I was not a tool to assist him in his journey to climax. If he wants to come, so do I, and if he does, so will I. It was important to teach my partner why I had these issues and why my pleasure was important. And while I was not a power bottom – in fact I was not at all dominant during sex – I needed to be pleasured and pleased. It was also important to get into a space where he unlearnt any hetero-norms he may have harboured and for us to grow as a gay couple that wanted and were going to have some of the best sex there is. We have since split up, but I know he is still having that sex and making sure that his bottom partner is a happy man.

And here I am, again exploring having even more pleasure as a gay man. It occurs to me that to get into a new relationship, I may have to teach a new partner how I like my sex – not because he did not know how to have sex, but because he may still need to be reminded that being bottom did not make me undeserving of pleasure. In meeting new men, I have to suss them out, test them, ask questions that assure me that I will not be having sex with someone who sees me as a pseudo-eunuch, devoid of the need for pleasure.

I am here, and my pleasure matters. I like being kissed, I like being caressed, I like being held and I also want to ejaculate. And if I am to help my elected partner ejaculate, either using my hands, mouth or other bits, I too would appreciate his assistance. It is a kind of liberation that pushes me to demand that I get my own, and if I don’t, to then never come back. As a friend once said to me, “Fuck me badly once, shame on you; fuck me badly twice, shame on me.”

I am looking forward to more days of good sex, with men of various sexual orientations, who understand that, as a bottom, my pleasure matters.

The article is part of a series of articles under This is Africa’s collection titled, Flame, Fever and Fantasy – A collection of African desire and pleasure. It was first published on This Is Africa.