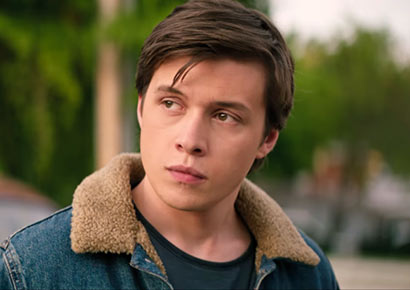 Coming out is a unique process for each one of us; both a deeply personal and a culturally-specific experience. But somehow, against all odds, Love, Simon reflects the shared universality of being LGBTQ and wanting to be accepted and loved.

Greg Berlanti’s eagerly anticipated film is based on the premise that, “Everyone deserves a great love story”. It’s been considered a landmark production because it’s said to be the first major-studio-backed romantic comedy with a gay lead character.

Love, Simon is the lighthearted story of American high school student Simon Spier (Nick Robinson) who sees himself as a “normal” boy next door, who happens to have a big secret. He’s gay and no-one known it. To complicate matters he starts falling for a fellow student online, who is also keeping his identity hidden.

Supported by a spirited group of friends (each with their own teenage-appropriate challenges), and his sitcom perfect family, he tries to keep his sexuality secret while figuring out who his also-closeted virtual boyfriend might be. He also needs to deal with the imminent threat of being outed by another student.

The cast, mostly young and fairly unknown but also including familiar faces such as Josh Duhamel and Jennifer Garner as Simon’s parents, all deliver convincing and heartfelt performances.

Love, Simon trades on the time-honoured conventions of the teen high school movie, coming of age story and romantic comedy, and it does so well. There’s something warm and comforting about watching this effectively-crafted film, with its attractive cast and familiar cinema tropes. There’s humour and wit, of course, but also impactful drama when required. 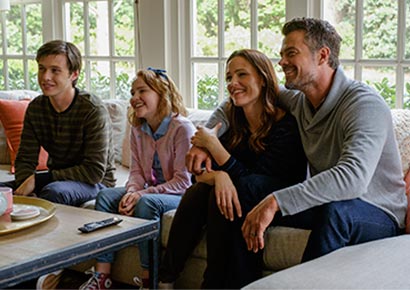 Love, Simon is rather predictably drawn from the perspective of a white, male, cisgender, gay American teen, who is as Hollywood-cute as a puppy – all wide-eyed and tousled hair. It’s very suburban and vanilla, and it doesn’t take too many risks or push too many boundaries, clearly aimed at appealing to both queer and mainstream audiences.

It’s accessible and enjoyable while also authentically exploring many truths about being different and the understandable fear of exposing one’s identity to the world. Love, Simon is the kind of movie that could both help affirm a young LGBT person struggling with their identity while also being ‘safe’ enough to share with our parents.

I had the opportunity to watch it at a screening with an audience that consisted of a diverse group of LGBTQ people and their friends, and it was pretty powerful. There were laughs, gasps and tears, and despite our different backgrounds, it was a genuinely uplifting shared experience. Whoever you are, wherever you come from, I dare you not to fall in love, at least a little, with Love, Simon.

Love, Simon is now out in cinemas across South Africa.