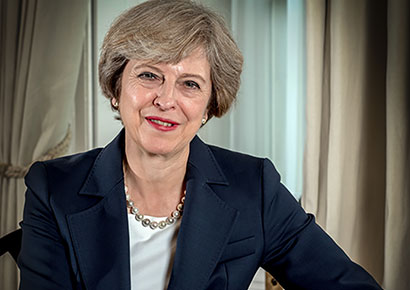 So-called conversion therapy, aimed at changing people’s sexual orientation or gender identity, is set to be banned in the UK, the government has announced.

The decision forms part of a new “LGBT action plan” released on Tuesday and devised in response to the largest-ever national survey of LGBT people in the world.

The UK survey, which had over 108,000 respondents, shows that LGBT people are experiencing prejudice on a daily basis.

Prime Minister Theresa May said she “was struck by just how many respondents said they cannot be open about their sexual orientation or avoid holding hands with their partner in public for fear of a negative reaction.” She added: “No one should ever have to hide who they are or who they love.”

More than two in three of those who participated in the survey said they did not hold hands with a same-sex partner in public for fear of a negative reaction, while 23% said people at work had reacted negatively to them.

The new 75-point action plan aims to tackle discrimination and improve the lives of LGBT people in the UK. This includes ending conversion therapy, after the survey found that 2% of respondents have undergone the practice, and a further 5% have been offered it.

The government said it “will consider all legislative and non-legislative options to prohibit promoting, offering or conducting conversion therapy.”

The World Psychiatric Association and many other mental health bodies have asserted that trying to “cure” LGBTQ people doesn’t work and is both dangerous and unethical. The practice has been linked to causing mental health issues, including suicide.

The UK government also said that it will appoint a national LGBT health adviser, noting that one in five transgender respondents said in the survey that their specific needs had been ignored or not taken into account.

Hate crimes will be targeted in the action plan, as two in five survey respondents had experienced them, with more than nine in 10 of the most serious incidents going unreported. Measures will be put in place to improve the awareness and skills of police officers and staff to respond to the needs of hate crime victims.

Supporting LGBT students and teachers to improve diversity and tolerance in educational settings is another priority. Nineteen percent of respondents experienced verbal harassment, insults or other hurtful comments in education.

“Our Action Plan is a step towards everyone – regardless of their sexual orientation, gender identity or sex characteristics – being able to live safe, happy and healthy lives where they can be themselves without fear of discrimination,” said Minister for Women and Equalities Penny Mordaunt. “It will mark a culture change to allow LGBT people to feel respected at every level of society.”

The government’s plan was welcomed by Ruth Hunt, Chief Executive of LGBTI rights group, Stonewall. “These findings reflect what many LGBT people already know, that there’s still a long way to go until we reach full equality.”

Hunt added: “We’re really pleased that the government is listening to the thousands upon thousands of LGBT people who responded to this survey and are investing funds in areas where LGBT people face some of the harsher inequalities, such as health care.”

In addition, the government has further promised to help defend the rights of LGBT people globally. It said it would hold an international conference with governments and civil society groups “focusing on how to progress LGBT equality, and to provide funding to promote LGBT equality worldwide.”

In March, the European Parliament said it “welcomes initiatives prohibiting LGBTI conversion therapies and banning the pathologisation of trans identities.” Malta is the only country to currently ban conversion therapy, although it is restricted when it comes to minors in a number of US states.