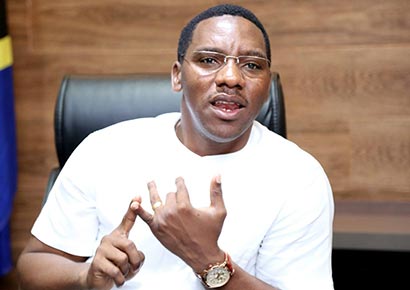 The LGBTQ community in Tanzania is living in fear as a government team is set to start arresting those suspected of homosexuality.

The Regional Commissioner of Dar es Salaam, Paul Makonda, told reporters on Monday that he had set up a 17-member task team to target LGBTQ people in the region.

He called on the public to submit the names of those they believe are homosexual to the authorities. “If you know of a homosexual, you must report them to a police officer. No one can escape,” he was quoted as saying.

This inter-agency task force comprises of members of the Tanzania Communications Regulatory Authority, the police and the media. Makonda said he already has thousands of reports from the public, and more than 100 names.

The team will also clamp down on pornography and sex workers and Makonda warned people to delete any naked or explicit photos from their mobile phones.

The port city of Dar es Salaam is an economic hub and the most populous city in Tanzania, with over four million residents.

While Makonda claimed that the team would start its work next week, one gay man from Dar es Salaam told the Thomson Reuters Foundation that the LGBTQ crackdown and arrests were already underway.

“Since Monday, I have left my place and have been moving here and there. I am always looking over my shoulder in case they coming for me,” he said. “We are really scared. We don’t know what to do and where to go.”

Inciting hatred among the public

Makonda dismissed concerns that the witch-hunt against LGBTQ people would lead to international outrage. “I prefer to anger these countries than to anger God,” he said.

The announcement was condemned by Amnesty International. “It is extremely regrettable that Tanzania has chosen to take such a dangerous path in its handling of an already marginalized group of people,” commented Joan Nyanyuki, Amnesty’s Regional Director for East Africa, the Horn and the Great Lakes.

“The idea of this taskforce must be immediately abandoned as it only serves to incite hatred among members of the public. LGBTI people in Tanzania already face discrimination, threats and attacks without hateful statements of this kind,” Nyanyuki said.

She called on the Tanzanian government to ensure that no-one in a position of power, like Makonda, “makes statements or takes actions to sow hatred that endangers the lives of people just because of their sexual orientation or gender identity.” 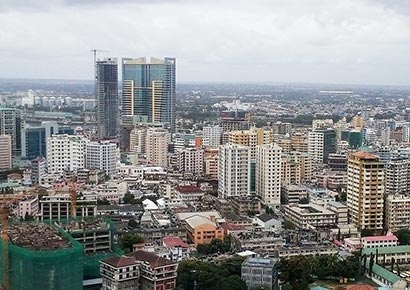 Over the past three years, Tanzania has been in the midst of an ongoing campaign against LGBTQ people, including arresting individuals for the non-existent offence of “promoting homosexuality”.

President John Magufuli has previously condemned homosexuality and claimed that it is being “spread” in Tanzania through the support of the West. Minister for Home Affairs, Mwigulu Nchemba, has also promised to arrest those involved in “organisations and institutions that campaign and pretend to protect homosexual interests.”

In 2016, the government shut down 40 facilities that offered life-saving HIV services to men who have sex with men (MSM), severely hampering efforts to tackle the advance of the virus in the country. The government has also banned the provision of lubricants to MSM.

In October last year, police arrested 12 people, including two South African lawyers, at a hotel in Dar es Salaam for meeting to discuss challenging the government’s ban on providing HIV services to MSM. They were accused of promoting homosexuality, and were eventually released.