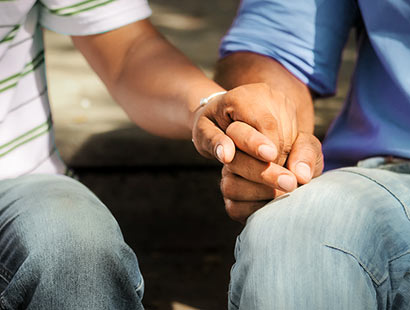 Globally and in South Africa, various studies have shown that, when compared to the general population, lesbian, gay, bisexual, transgender and queer (LGBTQ) individuals are more likely to:

Substance use (commonly referred to as alcohol and drug use) among LGBTQ individuals is often linked to experiences of homophobia, discrimination, or violence, as a result of their sexual orientation or gender identity. These challenges have all been associated with other mental health, physical, and social problems. Substance use has also been found to disrupt relationships, employment, and threatens financial stability.

Gay men or men who have sex with men (MSM) are a group with increasing rates of HIV infections. Within South Africa, research has found that approximately 1 to 4 out of 10 MSM has HIV. However, it is thought to be even higher among some sub groups, such as MSM who inject drugs. So why is this happening? What is driving this?

Research has shown the links between alcohol and drug use, stigma, physical and sexual violence, mental illness, social marginalisation, and economic vulnerability. Other issues that have an impact include safer sex fatigue and reduced concern about HIV, as a result of the accessibility to effective antiretroviral therapies (ART).

A concerning factor is the increasing use of club drugs, methamphetamines, amyl nitrates (poppers), and pharmaceutical drugs used to treat erectile dysfunction. These substances are often taken orally, snorted, smoked or injected, and occasionally inserted rectally.

The rates of injection, especially of methamphetamine and heroin, vary across the provinces; however, this appears to be increasing. Alcohol and drug use by MSM within club settings has been linked to an increased risk of risky behaviours that put them at risk for HIV, other STIs, and other social or health problems.

The high levels of substance use among MSM are often linked to sexual encounters. The reasons frequently cited by MSM is that they use substances for facilitating sexual encounters, enhancing their sexual experiences, promoting sexual arousal, allowing them to be able to engage in particular sexual activities, extending the length of their sexual interactions, or even possibly allowing them to engage in sex work. With all this happening, it is no surprise that MSM and other LGBTQ individuals develop substance use disorders, otherwise commonly referred to as an alcohol or drug addiction. 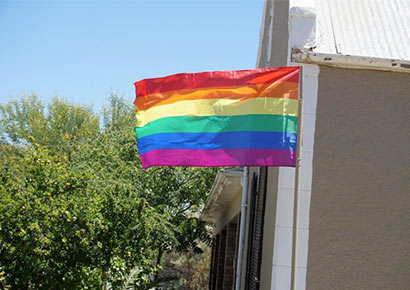 Despite all this knowledge, there is still a major lack of appropriate services to MSM and other LGBTQ individuals in South Africa. Substance use services are scarce for the general population, but for MSM and the remainder of the LGBTQ community, there are few if any substance use disorder treatment services catering to them specifically.

An exception is Inner Peace, which has an addiction treatment facility based in the Karoo (Fraserburg, Northern Cape). The success of their substance use disorder treatment is based on a holistic approach that addresses all aspects of the person. They incorporate the best practices and programmes that have been proven scientifically to work for substance use disorders with a focus on LGBTQ people.

Inner Peace know it is important that when providing treatment for MSM and LGBTQ individuals, one considers issues such as race/ethnicity, social and contextual factors, internalised homophobia, fear of disclosure and other sexual minority-related issues. This is important, as many MSM and LGBTQ people face challenges in accessing what services exist for the general population because most of these come with elements of homophobia and discrimination.

This is often not only from other clients but from the treatment staff themselves. This may be intentional or unintentional because many heterosexual treatment staff members are uninformed about LGBTQ issues. As a result, they are not aware of their own power, privilege, and heteronormative understanding of life, and thus engage in micro-aggressive behaviours that derail treatment for LGBTQ people seeking help.

The treatment team needs to be trained to be sensitive to their clients and understand appropriate terminology that is essential to working with MSM and other LGBTQ individuals. This means being well versed in issues of heterosexism, homophobia, sexual orientation, sexual behaviour, biological sex, gender, gender identity, gender roles, transition, “coming out” and families of choice/origin. This also includes being familiar with the use of appropriate pronouns and self-identification terms. 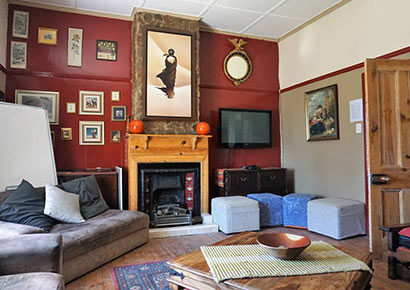 Treatment teams also must make provision for the safety and security of LGBTQ people with substance use disorders, by incorporating their need for group and individual treatment specific to LGBTQ individuals, where topics can be discussed safely. Not only this, but the treatment programme and team must plan for and understand the specific interpersonal relationship issues (internally and externally) that exist for LGBTQ people.

Inner Peace, a non-profit organisation, provides residential treatment to LGBTQ people with substance use disorders that meets these requirements, and more. It’s a unique safe place for treatment for all LGBTQ individuals.

If you feel that substance use is taking control of your life, contact Inner Peace on their website or call 023 741 1029.