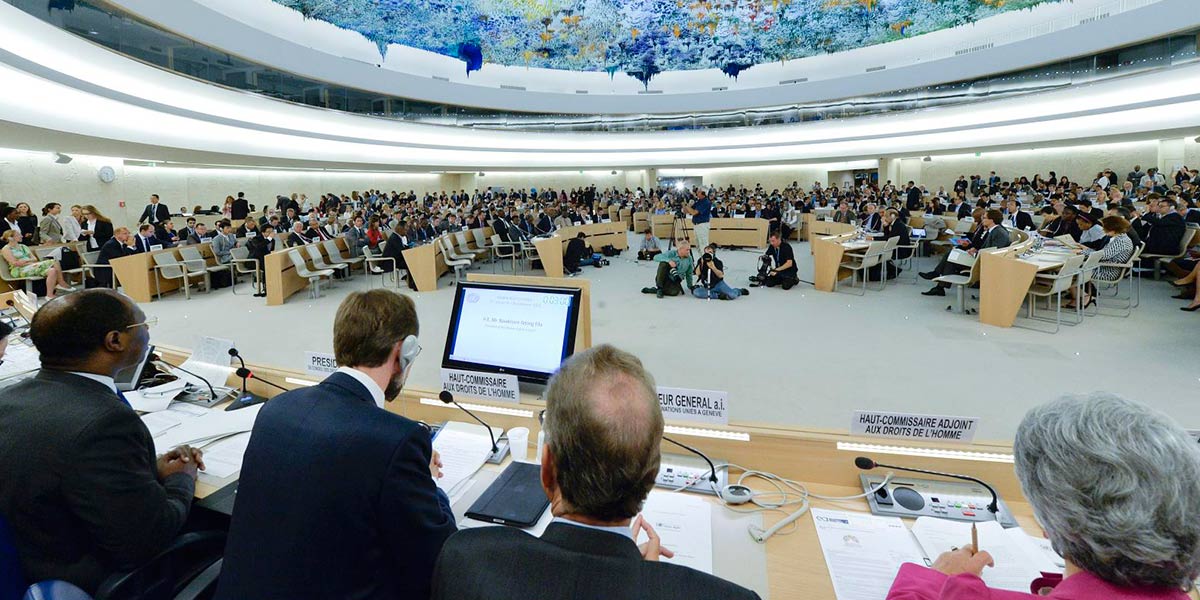 South Africa is notable by its absence in a statement signed by more than 30 countries condemning the arrest, torture and killing of LGBTI people in the Russian republic of Chechnya.

The statement was delivered at the 40th Session of the UN Human Rights Council in Geneva on 18 March 2019. It’s understood that the joint statement was championed by the UK.

It expresses “deep concern about recent reports concerning the renewed persecution of LGBTI persons in Chechnya, Russian Federation. These reports indicate that, in recent months, at least 40 LGBTI individuals have been detained, and that two individuals have died following torture.”

The statement continues: “All persons who remain in detention based on their actual or perceived sexual orientation or gender identity must be released immediately.

“There must also be a swift, thorough and impartial investigation into the alleged persecution, arrest and torture of LGBTI persons, and any deaths that have resulted. Those who have directed and carried out these acts must be held responsible.

“All LGBTI individuals in Chechnya must be treated as equal members of society and benefit from equal protection of the law, in accordance with the Vienna Declaration and Programme of Action as well as with Russia’s constitutional guarantees and international human rights obligations.”

The Russian Federation responded that the statement was an example of “interference in the internal affairs” of sovereign States.

According to the UK Government website, South Africa is not among the nations that supported the statement. It is unclear why this is and what the significance of this may be.

MambaOnline reached out to the spokesperson for the Department of International Relations and Cooperation (DIRCO) for clarity and asked:

2) What is South Africa’s position on the arrest and torture of LGBTI persons in Chechnya?

3) Has South Africa / DIRCO made any statements or taken any action in condemning these LGBTI human rights abuses in Chechnya to date?

We have yet to be sent an acknowledgment or response but will publish any clarification if and when received.

Last month, UN rights experts called on Russia to “act urgently to protect the rights of people who are, or are perceived to be, lesbian, gay or bisexual in Chechnya, and investigate allegations of human rights abuses including two reported deaths.”

Reports first emerged in February 2017 that dozens of men “accused” of being gay were being rounded up, detained in secret facilities, tortured and in some cases killed in Chechnya. There were also claims that the families of some victims were urged by the authorities to murder their LGBTI relatives in so called “honour killings”.

In January, there was a new wave of abuses against LGBTI men and women, as reported by the Russian LGBT Network and the Novaya Gazeta newspaper.

Chechnya is a part of the Russian Federation. Amnesty International has accused Russia of allowing the republic’s ruthless dictator, Ramzan Kadyrov, free rein to target LGBTI people and other vulnerable communities. Despite promises to investigate, the Russian authorities have not taken any significant action since 2017.