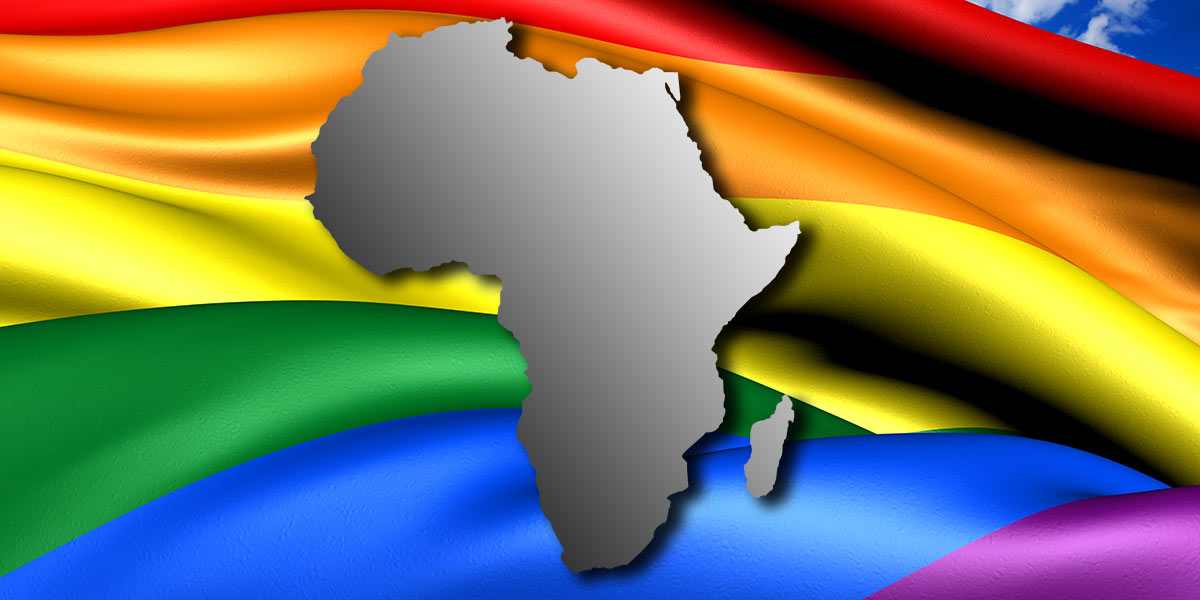 Same-sex practices carry penalties of fines and imprisonment in more than a dozen African countries, in clear violation of the African Charter on Human and People’s Rights, writes Gerbrandt van Heerden.

The African Charter is an international human rights instrument intended to encourage and protect human rights and basic freedoms in Africa. It covers a wide range of individual and collective rights, and its implementation is monitored by the African Commission on Human and Peoples’ Rights, based in Banjul, Gambia. The Charter comprises four chapters and 63 articles and has been ratified by 53 of the 54 African Union (AU) member states.

Yet, if the overall majority of African countries have recognised and agreed to the principles and values captured in the Charter – to ‘recognise the rights, duties and freedoms enshrined in this Charter and (to) undertake to adopt legislative or other measures to give effect to them’ – the reality on the ground is less than encouraging. When it comes to LGBTQ rights, few countries adhere to the Charter’s principles.

Article 2, for instance, states that ‘Every individual shall be entitled to the enjoyment of the rights and freedoms recognised and guaranteed in the present Charter without distinction of any kind such as race, ethnic group, colour, sex, language, religion, political or any other opinion, national and social origin, fortune, birth or other status.’

Yet, same-sex activity carries a prison sentence for at least one year or more in South Sudan, Liberia, Senegal, Togo, Cameroon, Kenya, Tanzania, Uganda, Eritrea, Ethiopia, Comoros and Zambia. Same-sex activity is also punishable by death in Sudan, Mauritania, Somalia and in some states in Nigeria.

Nor does the wording of Article 2 inspire confidence when it comes to sexual orientation. Where Section 9 of the South African constitution states that the state ‘may not unfairly discriminate directly or indirectly against anyone on one or more grounds, including race, gender, sex pregnancy, marital status, ethnic or social origin, colour, sexual orientation, age, disability, religion, conscience, belief, culture, language and birth”, there is no ‘sexual orientation’ category in the African Charter.

To be fair, the African Charter’s sister documents, the European Convention on Human Rights as well as the American Convention on Human Rights also do not explicitly recognise sexual orientation as well. Inescapably, however, Africa today remains one of the most hostile regions for LGBTQ people and if governments on the continent are serious about tackling human rights violations against this community, then it should warrant specific mention of this group in the African Charter.

The document’s Article 5 declares: ‘Every individual shall have the right to the respect of the dignity inherent in a human being and to the recognition of his legal status. All forms of exploitation and degradation of man particularly slavery, slave trade, torture, cruel, inhuman or degrading punishment and treatment shall be prohibited.’

“It is so painful,’ he was quoted as saying. ‘The doctor puts a machine up your rectum. It hurts so much and there is blood.” These examinations are not just cruel and degrading but can easily escalate to the level of torture.

Human Rights Watch has condemned such practices, stating that they violate the African Charter of Human and Peoples Rights.

Article 20 of the Charter states, in Section 2: ‘Colonised or oppressed peoples shall have the right to free themselves from the bonds of domination by resorting to any means recognised by the international community’ and, in Section 3: ‘All peoples shall have the right to the assistance of the States party to the present Charter in their liberation struggle against foreign domination, be it political, economic or cultural.’

This stated pledge to eradicate all forms of colonialism and neo-colonialism is where many African countries’ hypocrisy is most obvious.

I have written elsewhere (“The West exported homophobia, not homosexuality”) of the comments and statements by the political and economic elites in countries such as Tanzania, Uganda, Kenya, Ghana and Zimbabwe, that not only condemn homosexuality but also argue that it is a foreign concept being forced upon African countries.

Politicians and other elites in Africa often justify the brutal clampdown on the LGBTQ community by saying that it is a form of neo-colonialism that threatens traditional African values, beliefs and the family unit.

However, a wealth of evidence shows same-sex practices predated the colonial period in Africa and that homosexuality and alternative gender expressions were fairly common and accepted across nations such as Rwanda, Kenya, Ghana, Ethiopia, Uganda and Nigeria. The irony, of course, is that anti-gay laws were often introduced into African society by European colonisers – yet some African governments are justifying the continuation of these laws as a means of curbing neo-colonialism.

One final slap in the face for LGBTQ people is the fact that the African Commission tasked with tracking the continent’s progress in implementing the objectives and principles in the African Charter, is based in Banjul – the capital of Gambia. And Gambia has one of the worst track records on the continent regarding LGBTQ rights.

Same-sex activity in Gambia has been illegal since 1988, and is punishable by up to life imprisonment. Basing the African Commission in one of the most homophobic countries on the continent serves as a grim indicator that when it comes to LGBTQ rights, too many African nations easily “forget” that they have committed themselves to the principles articulated in the Charter.

Gerbrandt van Heerden is an analyst at the Institute of Race Relations (IRR), a think tank that promotes political and economic freedom. Readers are invited to take a stand with the IRR by sending an SMS to 32823 (SMSes cost R1, Ts and Cs apply).