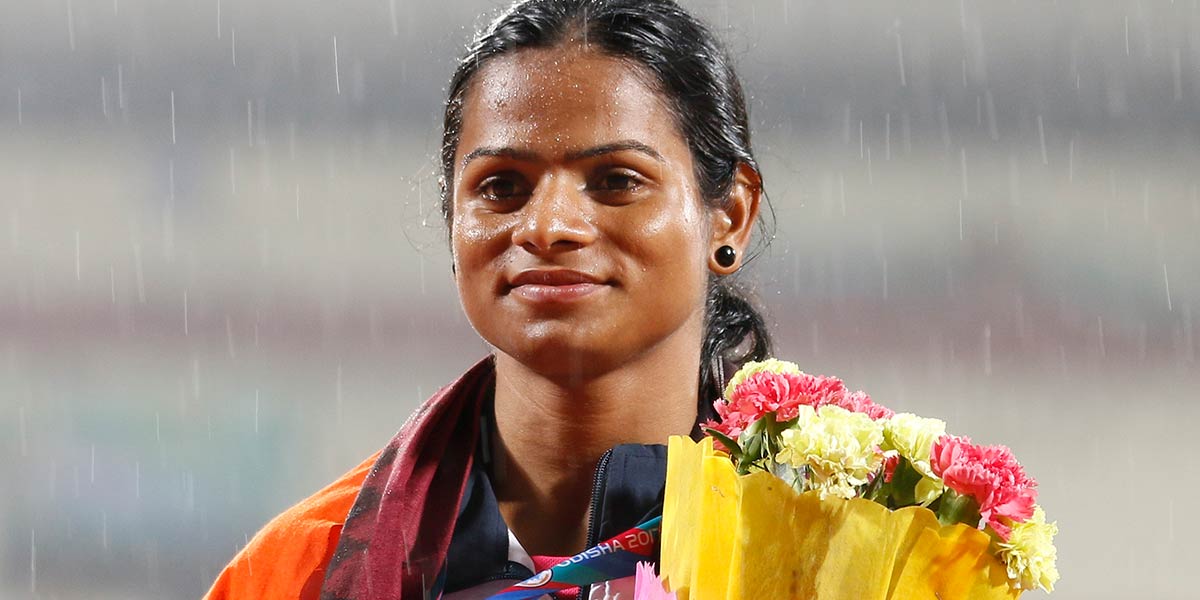 Dutee Chand has become the first openly LGBTQ Indian athlete after coming out, but her own sister is threatening to expel her from their family.

“I am having a relationship with a 19-year-old woman from my village [Chaka Gopalpur] for the past five years”, she told the PTI news agency, reports the Hindustan Times.

Chand, 23, said: “She is a kind of soul-mate for me and I want to settle down with her in future.”

The sprinter added: “I have always believed that everyone should have the freedom to love. There is no greater emotion than love and it should not be denied.”

Her coming out is breaking new ground following the recent decriminalisation of homosexuality in India but there is still a long way to go in changing attitudes.

Chand revealed that her sexuality and relationship have not been accepted by some members of her family. “My eldest sister feels that my partner is interested in my property. She has told me that she will send me to jail for having this relationship,” Chand said.

In September last year, India’s Supreme Court ruled that the colonial era Section 377 law criminalising consensual adult homosexuality was unconstitutional and discriminatory. The court found that “sexual orientation is natural and people have no control on it.”

Chand said the ruling had given her the courage to come out. “My partner also agreed that we should make this public and face whatever repercussions it may bring to us. I believe in individual freedom and right to decide how and with whom I will live my life.”

In 2014, she was banned from running by the Athletics Federation of India because of elevated testosterone levels. The decision was overturned by the Court of Arbitration for Sport in 2015. Although not directly affected by controversial new International Association of Athletics Federations testosterone rules, she has expressed her support for South Africa’s Caster Semenya, who is.