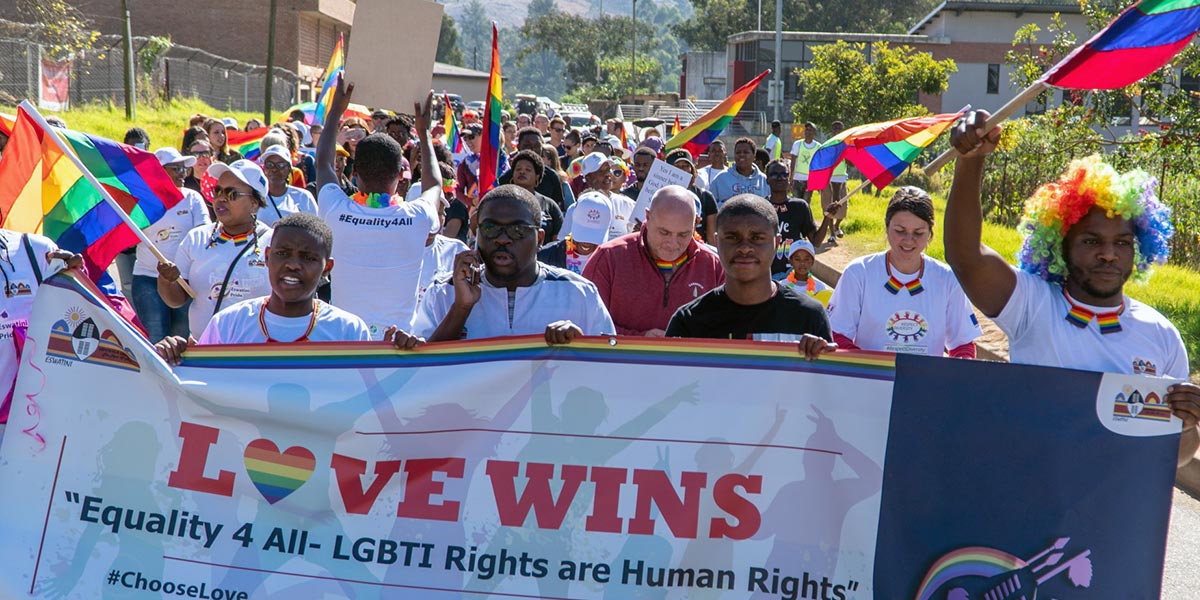 In a hopeful sign for LGBTQ locals, the kingdom of eSwatini – one of the world’s last absolute monarchies – successfully held its second eSwatini Pride on Saturday.

The event, which aims to increase LGBTQ visibility and break down barriers between communities, began with a morning parade in the capital Mbabane, from and back to the Eswatini Theatre Club.

Around 200 people dressed in rainbow colours, including rainbow traditional beaded necklaces, walked through the streets calling for LGBTQ equality and acceptance. According to Lindelwa Dlamini, Advocacy and Communications Officer for Rock of Hope – the group that organised the event – the mood was celebratory.

“In a nutshell, the vibe was quite joyful as participants were ecstatic that once again they would get to showcase their diversity to the whole world,” she told MambaOnline. Police were visible along the route to ensure the safety of parade participants. 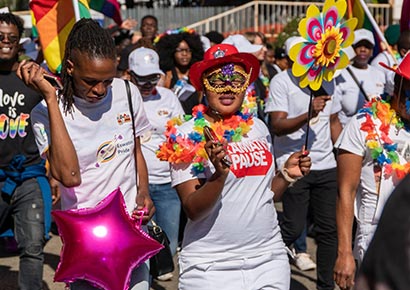 “Members of the public left their places of work to watch on the sidelines. This gave us the visibility which we needed. Our chants and singing got their attention and they got to read our placards.”

This year’s theme was one of highlighting pride in Swati culture and traditional songs were sung by the marchers. “This was meant to showcase how we are proud to be queer and proud of being Swati,” said Dlamini. She commented that there was an almost equal balance of LGBTQ identifying participants and allies, which she feels is an indication of growing inclusivity.

The Pride celebration continued into the afternoon at the theatre, with poetry sessions and performances by local artists. The evening concluded with the Rainbow Awards which recognised the work of activists.

Dlamini noted that this, the second eSwatini Pride, felt more open and freer than last year’s as there was likely less concern from participants that the public or the authorities might crack down on the march.

“People did not fear holding the banner and being part of the frontline. Moreover, looking at how people came in numbers to celebrate, it just goes to show that they had less concerns and worries.” 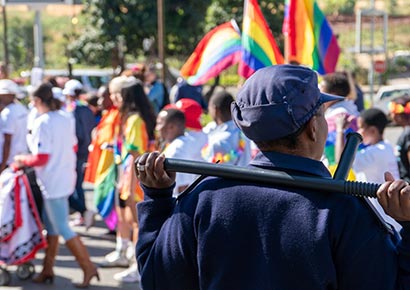 She added: “This definitely shows how people are growing to appreciate their individuality and diversity, such that they no longer feel ashamed to be who they are in public.”

While the normalisation of holding a Pride event is significant for eSwatini, the reality remains that the LGBTQ community continues to face discrimination and potential arrest under the offence of “sodomy”.

But Dlamini believes that events like Pride help create a more accepting environment that will ultimately result in social and legal changes.

“Pride provides the platform to raise awareness on such laws and some kind of enlightenment to those not well versed about their negative impact. Awareness serves as the first step towards decriminalisation and Pride, therefore, provides that much-needed platform,” she said.