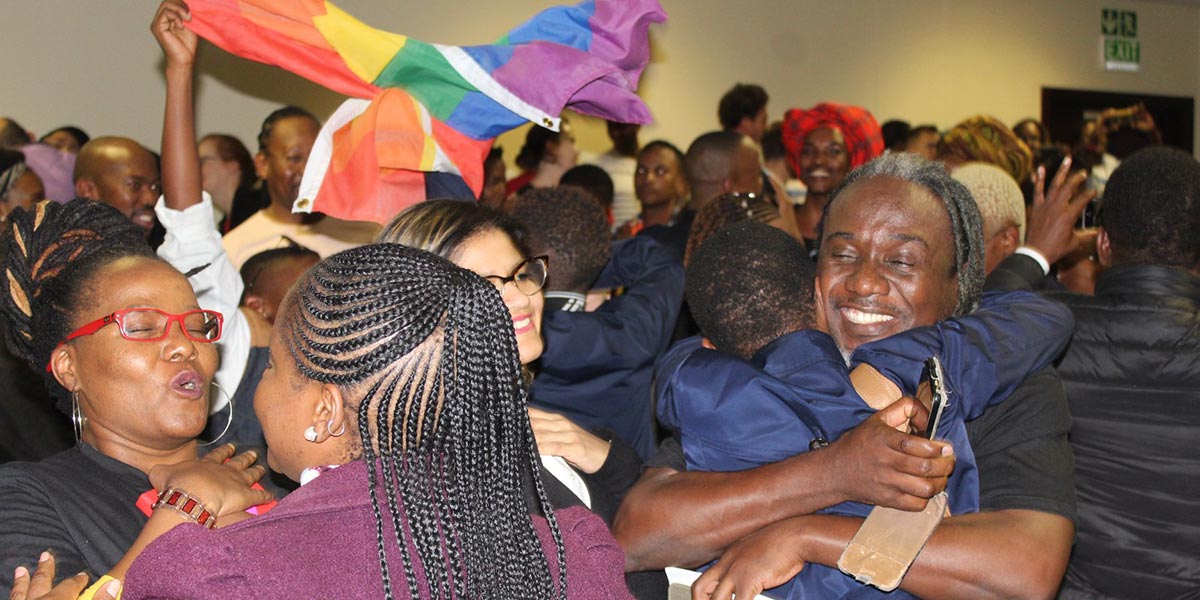 Activists are disappointed that the Botswana government has decided to appeal the recent historic court ruling legalising same-sex sexuality.

In a statement on Friday, the country’s Attorney General, Adv. Abraham M. Keetshabe said he’d “thoroughly read” the 132-page June 11 judgment by the Botswana High Court and disagreed with the judges.

“I am of the view that the High Court erred in arriving at this conclusion and thus, I have decided to note an appeal with the Court of Appeal,” he announced.

Keetshabe did not elaborate on what grounds he would lodge the appeal nor what specifically he found fault with in the judgement.

The High Court ruled last month that the provisions in the penal code outlawing homosexuality were unconstitutional as they violate the right to privacy, liberty, and dignity; are discriminatory, and serve no public interest. “Human dignity is harmed when minority groups are marginalised,” said Judge Michael Leburu.

The decision was hailed as a progressive move for all LGBTQ Africans but the attorney general’s response is a frustrating and regressive one.

Anna Chalmers, CEO of Botswana’s’ LGBTQ rights organisation Legabibo, told MambaOnline that while she had seen the attorney general’s press statement, “we haven’t received notice to appeal or papers from the government yet.”

She admitted she wasn’t surprised by the news: “We expected it being a highly profiled case, with so much public interest and all.”

On a positive note, Chalmers said the organisation is confident about the outcome of an appeal and noted that it would give the judgement more weight. “So it’s a good thing on one hand but taxing emotionally,” she added.

Tshiamo Rantao, a lawyer for Legabibo, pointed out that the anti-LGBTQ laws remain struck down at this time. “In Botswana, the noting of an appeal does not freeze the operation of a High Court judgement. So, my friends are still protected by the brilliant judgement of the full bench of the High Court,” he said.