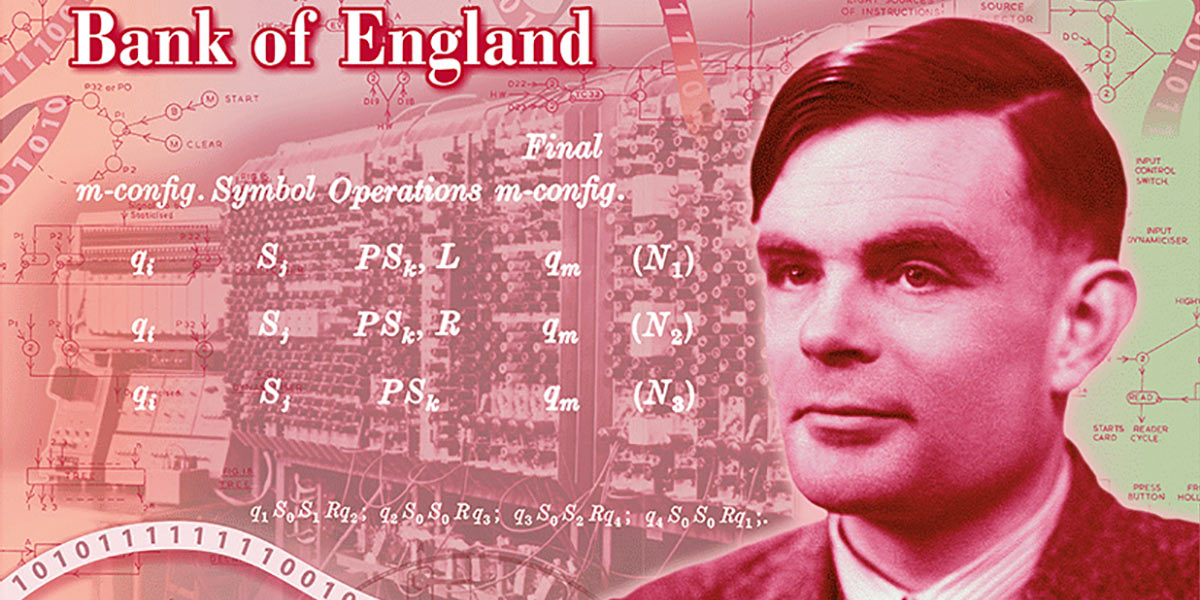 The Bank of England has announced that Alan Turing, the gay British mathematics genius, will become the face of the new £50 note.

It’s believed that this will make him the first openly LGBTQ person to appear on a banknote in England, and possibly the world.

The Bank of England Governor, Mark Carney, also unveiled the imagery depicting Turing and his work that will be used for the note. The new polymer £50 note is expected to enter circulation by the end of 2021.

Last year, the bank chose to celebrate the field of science on the £50 note. Turing was chosen to represent the field by the Banknote Character Advisory Committee following 227,299 public nominations, covering 989 eligible people.

“Alan Turing was an outstanding mathematician whose work has had an enormous impact on how we live today,” said Carney. “As the father of computer science and artificial intelligence, as well as war hero, Alan Turing’s contributions were far-ranging and path-breaking. Turing is a giant on whose shoulders so many now stand.”

British LGBTQ activist Peter Tatchell welcomed the news. “This is a much-deserved accolade for one of the greatest minds of the twentieth century,” he commented.

“Turing’s Enigma code-breaking helped defeat the Nazis and thereby shortened the Second World War, saving millions of lives. As a pioneer of computing science, his theories laid the foundation of the modern world, including everything from the internet and email to mobile phones, space exploration and life-saving medical technologies,” said Tatchell.

Turing was prosecuted in 1952 for homosexuality and was given the choice of imprisonment or chemical castration. He chose the latter and underwent forced oestrogen hormone injection treatment for a year before committing suicide from cyanide poisoning at the young age of 41.

In September 2009, British Prime Minister Gordon Brown issued a formal posthumous apology to Turing for his prosecution but the war hero’s conviction remained standing. In 2013, Turing was finally granted a posthumous royal pardon by the Queen, almost 60 years after his tragic suicide.

In 2017, around 65,000 men were pardoned by the UK government – through legislation known as Turing’s Law – for convictions under past laws that made consensual gay sex illegal.

In February, Turning was named the most iconic figure of the last century in the BBC series Icons: The Greatest Person Of The 20th Century.

The final Turning £50 note design including all the security features will be unveiled closer to it entering circulation.