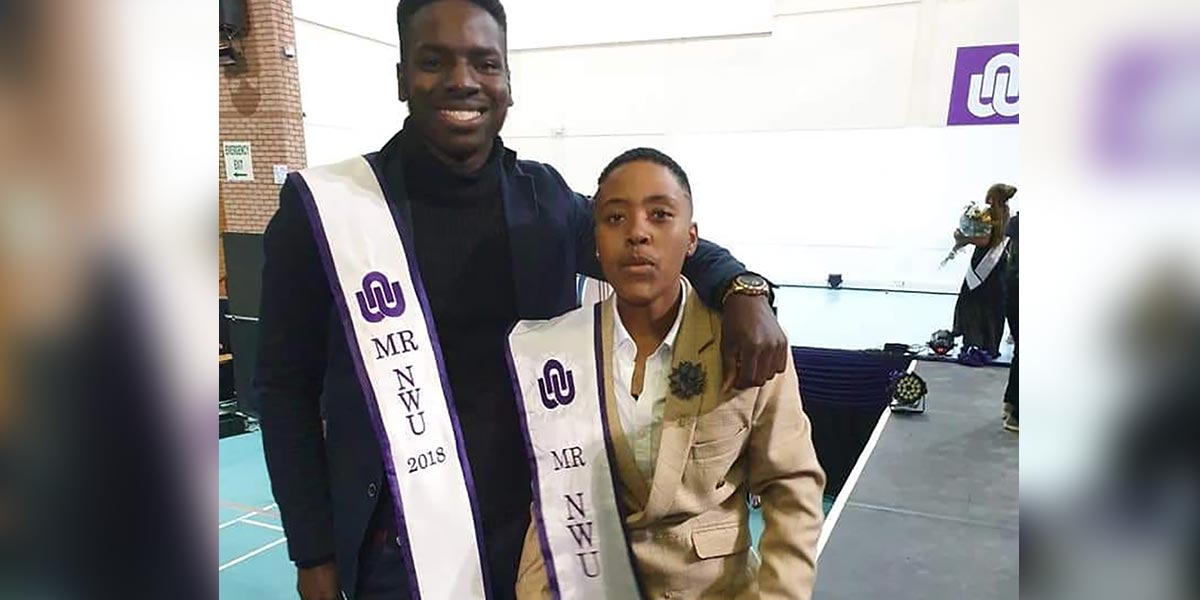 Social media is up in arms after a woman who identifies as a lesbian was crowned Mr North West University (NWU) 2019.

The Sowetan reports that Hope Nokuthula Bhuda won the title at the Mr and Miss NWU event on the university’s Mahikeng campus on Saturday.

“Young King The Crown is yours. You’ve been choosen [sic]!” a triumphant Bhuda said on her Facebook profile after the contest.

Nombi ZA, the moderator of the NWU Mafikeng Campus group, welcomed Bhuda’s win. “NWU as a diverse University introduced to us the 1st Lesbian to take [the] spot of being Mr NWU,” she wrote on the page.

This year’s event was held under the banner of #BreakTheCode, to challenge beauty, gender and sexual stereotypes.

The organisers urged those who don’t fit into traditional beauty pageant norms to take part: “Are you shorter than your friends? Are you a member of LGBTI+ family? Are you a human being? Are you bigger than size 32?”

While many may welcome these efforts to break down conventions, some men, in particular, have been outraged at the news that a woman was allowed to enter and win a male pageant.

Critics took to social media to lash out at Bhuda, often with misogynistic and homophobic undertones.

“A Lesbian Is Crowned Mr NWU 2019. This Is Pure Nonsense Because Men Are Being Undermined By Embracing Such Mediocrity. I Register My View Without Fear, or Favour,” wrote one man on Facebook. “This is absolute nonsense and an insult to men,” commented another.

A third individual ominously called for heterosexual men to take action: “We men are to blame for all of this because we allow this to happen. I saw the other day that cartoon movies have gay guys in it. They are oppressing it upon our children and we are doing nothing about it as men.” 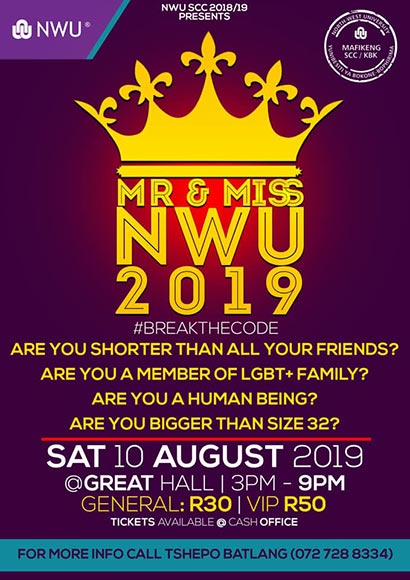 These were just some of the many hateful statements made online. North West LGBTIQ activist Thabiso Mogapi wa Tsotetsi, Chairperson of Action For Social Justice International, told MambaOnline that he was alarmed at the tone of the comments.

“To me, they have some negativity and homophobic elements. If you go and read deeper into the meaning of the words used to describe the individual who has won the pageant, it is demeaning,” he said.

Tsotetsi believes that the inflammatory posts will instigate hate and anger that could lead to “lesbian rape and brutal killings happening again within the province.”

He added that they could also affect the safety of lesbian students on the NWU campus.

The conservative North West province has been the site of numerous anti-LGBTQ hate crimes. In 2018, three high profile murders made headlines: That of transgender woman Kagiso Ishmael Maema and of lesbian couple Anisha and Joey van Niekerk.

NWU spokesperson Louis Jacobs told the Sowetan that, “Gender and sexuality awareness is a critical component of the diversity focus of the NWU and we respect the rights of all our staff and students to express themselves in whatever way they wish to.”