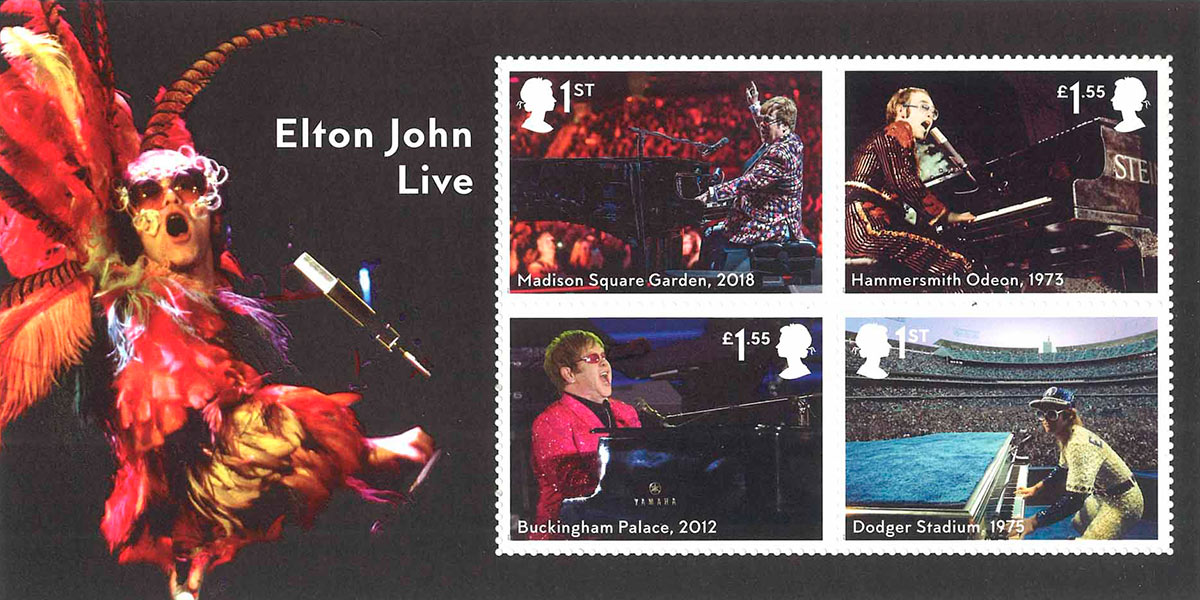 As Elton John embarks on the latest leg of his farewell tour, the UK’s postal service is celebrating the global icon with a special collection of stamps.

The commemorative stamps will be released alongside books, framed prints, postcards and other collectables. The announcement comes in the wake of the success of the hit biopic of the singer, Rocketman, which starred Taron Egerton.

There will be a total of 12 Elton John designs, with eight of the stamps featuring the singer’s most popular album covers. These are Honky Chateau, Goodbye Yellow Brick Road, Made in Britain, Caribou, Captain Fantastic and the Brown Dirt Cowboy, Sleeping with the Past, The One, and Songs From the West Coast.

The remaining four stamps will highlight some of the star’s most legendary live performances, such as his 1973 Hammersmith Odeon appearance in London and his latest tour.

David Bowie was the first musician to be honoured by Royal Mail in 2017, after his death. John is thus said to be the first living pop star to be celebrated in the stamp format by Royal Mail.

“To say I was surprised when Royal Mail got in touch is an understatement,” said John. “Never did I think I’d appear on a stamp! It’s wonderful, a great honour.”

“Elton is one of the most successful British solo artists of all time,” Royal Mail spokesperson Philip Parker said in a statement.

“He has recorded some of the best-known songs in pop history such as Candle In the Wind and Rocket Man. Our stamps issued today showcase some of his most iconic albums, and celebrate his fantastic musical contribution.”

Sir Elton John is one of the most high-profile openly gay celebrities in the world. He has sold more than 300 million records and donated and raised tens of millions of dollars towards the fight against HIV.