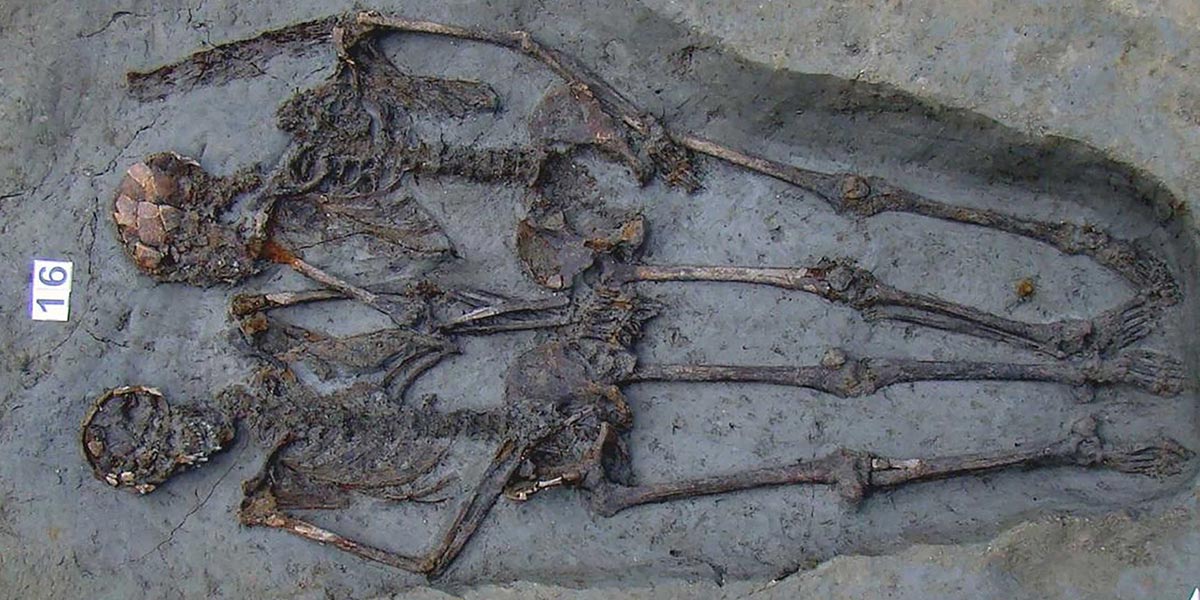 The ancient skeletons known as the “Lovers of Modena” which were found holding hands and presumed to be a man and woman have turned out to be those of men.

The around 1,600-year-old remains made headlines when they were discovered in 2009 in Modena’s Ciro Menotti cemetery, thanks to the implied romantic nature of their relationship.

The individuals, who were buried hand-in-hand, are believed to have lived between the 4th and 6th centuries AD.

It had widely been assumed that the remains were of a man and woman. At the time, scientists were unable to identify their sex due to the poor state of the skeletons.

Now researchers from the University of Bologna have revealed that the couple were actually two middle-aged men. They concluded this after identifying a protein in their tooth enamel which is only found in men.

While there are other examples of ancient men and woman buried together in an apparent display of affection, this is the first of two men to have been discovered in this way.

Researcher Federico Lugli, who authored the paper published in the journal Nature, said that the relationship between the men “remains a mystery for now.”

Giulia Di Rocco, an assistant professor at the University of Modena, told CNN: “We are pretty sure they intentionally buried them together.”

She added: “They could be brothers, cousins, friends. They could even be lovers. They are all equally likely, I think.”

It is also possible that the men were soldiers, as their remains were found in a burial site along with 11 other skeletons of people who showed signs of having died violently.