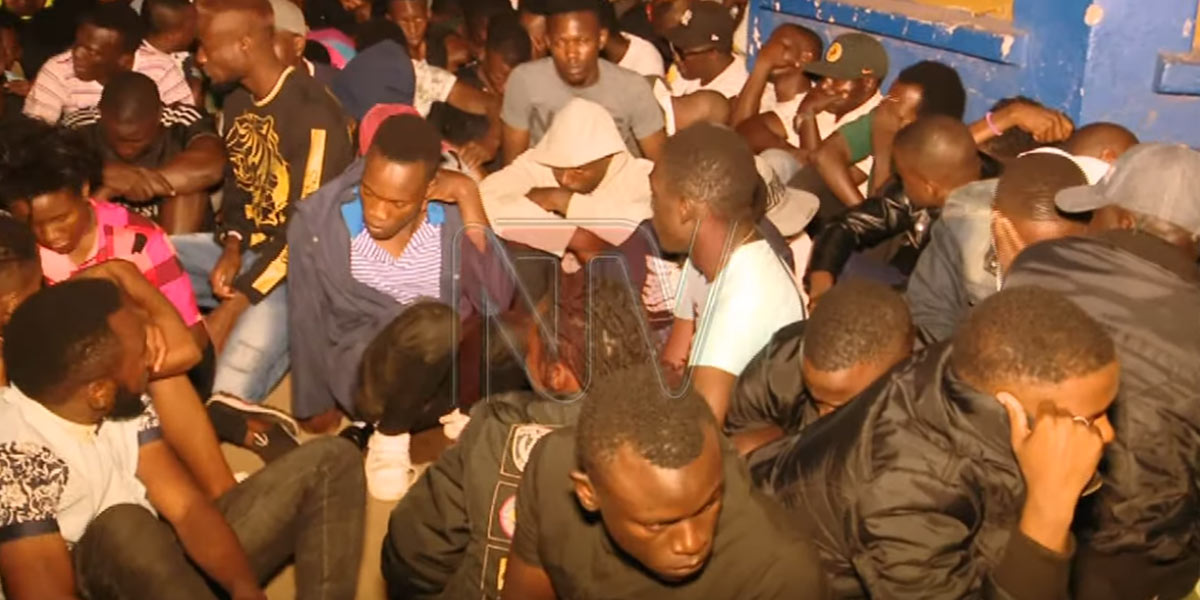 Suspects detained at a gay bar in Uganda (Screenshot: NTVUganda)

Police in Uganda have arrested 120 people in an apparent drugs raid on an LGBTIQ-friendly bar in Kampala, but activists claim it was an excuse to target the LGBTIQ community.

Video footage from NTVUganda shows officers shouting at people to move out of the venue. The suspects are then herded and crammed into trucks before presumably being taken to the local police station.

“We are charging them under the Tobacco Control Act,” said Onyango. “We have started the process of screening and recording statements from them.”

Activists, however, claim that the drug charges are a cover for targeted persecution of the already vulnerable LGBTIQ community. They also say that the venue, described as a safe space, is used to provide HIV and related health care services to LGBTIQ individuals.

“We don’t know what will happen next. I think we are still looking at the worst. I think its totally aimed at intimidation of the LGBT Community,” said Frank Mugisha, executive director of Sexual Minorities Uganda. “The police is coming up with trumped-up charges. I don’t think all 120 people were publicly smoking. So, we are waiting for court tomorrow and see what happens.”

There has been a wave of violence and abuse against LGBTIQ people. This includes the beating of a lesbian by a doctor, and a mob attack on a Rwandan refugee, as well as four reported cases of murder,  said to be motivated by homophobia and transphobia.

Ethics and Integrity Minister Simon Lokodo recently sparked international condemnation when he announced that he plans to introduce a new version of Uganda’s previously annulled Anti-Homosexuality Act in parliament. (The Ugandan government has since said it has no plans to support such a bill.)