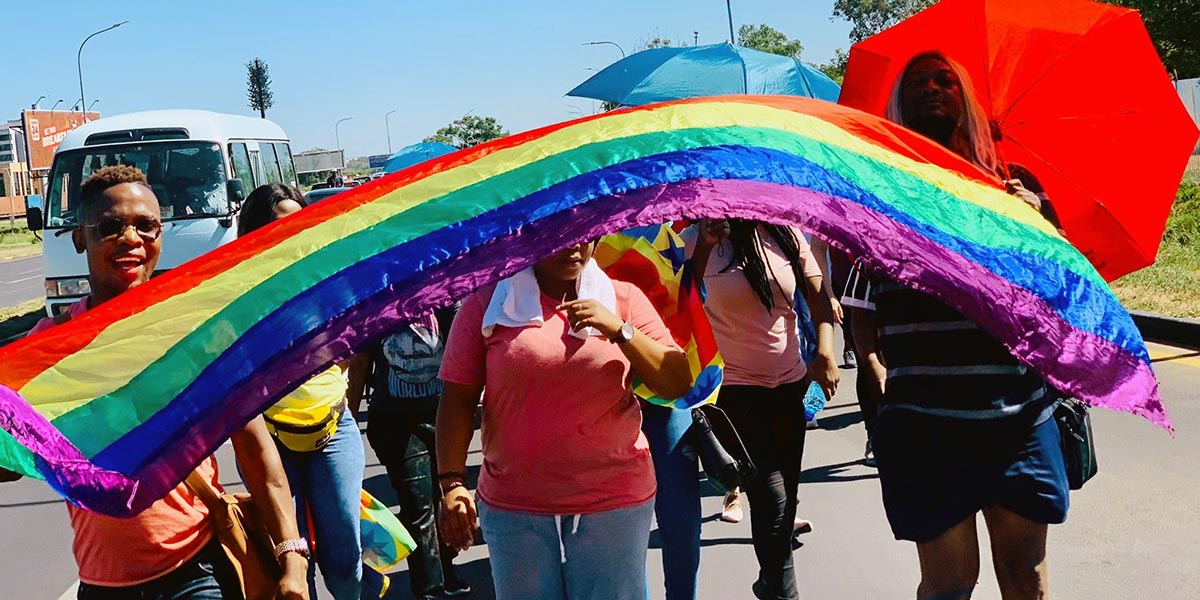 In the wake of the legalisation of homosexuality, Botswana’s LGBTIQ+ community recently celebrated the first annual Gaborone Pride.

The event was hosted in the capital city on Saturday 30 November as a celebration of unity and love for LGBTIQ+ people and their friends, families and allies. It’s believed to be the first Pride event in the country.

Gaborone Pride was held under the Pride of Africa banner and supported by Johannesburg Pride’s Kaye Ally. The event kicked off with a parade in the morning, after which marchers were treated to a host of entertainment and food, drinks and merchandise stalls.

Significantly, a moment of silence was marked to honour the fallen heroes of the struggle for equality as well as those activists who are still fighting for a just world.

“I wanted my fellow Batswana to experience how it feels to have and be part of an event such as Pride,” Olivia (Mash) Maswikiti, founder and organiser of Gaborone Pride, told MambaOnline. She hopes that it will become “a platform to raise awareness and start dialogues about burning issues relating to LGBTIQ+ people.”

This includes, Maswikiti said, mental and physical health care issues, homophobic and transphobic violence, the lack of marriage equality and challenges in finding jobs that are fair and nondiscriminatory.

In June, the Botswana High Court legalised homosexuality, unanimously finding that the provisions outlawing or restricting same-sex expression violated the constitutional rights of LGBTIQ+ persons to dignity, liberty, privacy and equality. While this was hailed as a historic decision, the government of Botswana has disappointingly appealed the judgement.

Maswikiti and her team have dubbed the event a success. “Initially I had projected a turnout of about 500 people and we had more than 1000 people. Plus this was the first time any event hosted primarily for LGBTIQ+ persons had had more than 300 people. The cherry on top is that at the end of the day the feedback was amazing and there were no incidents of discrimination or violence and the people were happy.”

Maswikiti admitted that there were challenges, mainly financial, in putting on the event. Notably, however, Gaborone Pride did not face any opposition from the authorities. 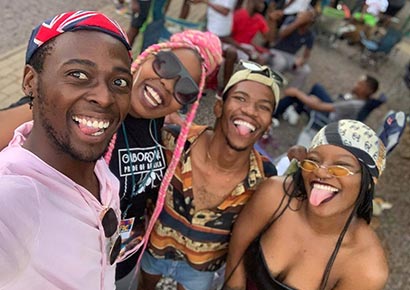 “I cannot complain – the National Museums and Monuments of Botswana did not hesitate to give us the venue when we sent an application. The police service also assisted us with police vehicle escorts for the parade as well as to patrol the event. We managed to get all related licenses without much delay or opposition.”

Maswikiti is determined to ensure that Gaborone Pride becomes a bigger and better annual event.

“LGBTIQ+ people in Botswana need to have something to look forward to. We need a celebration with a purpose. We also need to find ways to empower our own, through performing arts, businesses and an increase in tourism, thus resulting in job opportunities for our community.”

Maswikiti added: “This was only the beginning!”