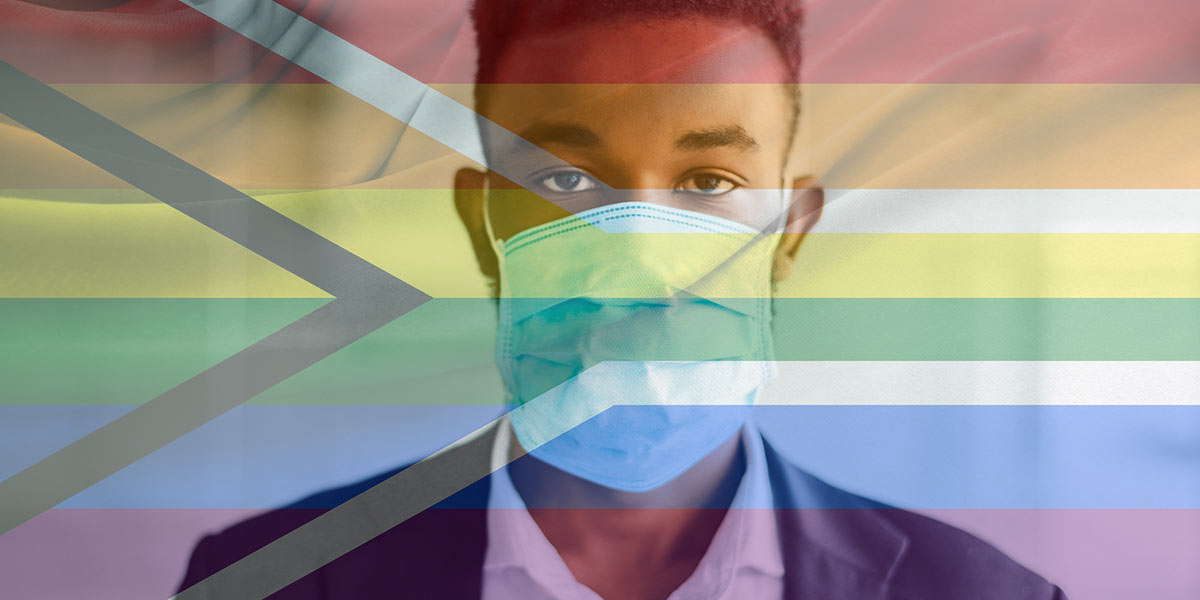 While the country is gripped by fear over the coronavirus crisis, there are some members of the LGBTQ community who remain at work, continuing to serve communities, despite the danger.

On 22 March, President Cyril Ramaphosa announced a nationwide lockdown which came into effect on 27 March. Invoking the Disaster Management Act, the president effectively brought life as we know it to a halt, leaving only those parts of daily life described as essential in the Act to remain functioning.

Essential services, according to the Act, include, but are not limited to, the media, food providers, healthcare workers and those who aid these services.

Speaking to MambaOnline, two members of the LGBTQ community who fall under this category of essential service workers shared some of their feelings and views as they continue with their work, while their personal lives remain in limbo.

Dr Tebogo Seokoma (31) who is a medical officer in the Ekurhuleni district and lives in Brakpan, says having to work while the whole country isn’t is not an unusual experience for him, as he often works over holidays such as Christmas and Easter.

Seokoma says he was not surprised by the announcement of the lockdown. In fact, he believes it was a little too late, considering that the world was already on high alert.

“I feel more exposed to the risk of contracting the virus due to the nature of my work. We have many people walking into hospital, and because this is a novel virus that we have limited knowledge around, it increases the risk. But with more knowledge being shared, I am aware that I should do more to protect myself and reduce the risk,” he says about his fear of contracting the virus.

Journalist Neo Motloung-Mthimkhulu (31) from Midrand doesn’t believe that his vocation necessarily puts him at higher risk. “I am as exposed as any other person at this time and don’t feel anymore exposed due to my work,” he says. Motloung-Mthimkhulu instead revels in the fact that he still gets to do his work; serving the people as a voice between the authorities and citizens.

“There’s a lot of misinformation and panic that can go around during this time and my job is to share facts and the truth and ensure that there isn’t panic. My work is also to ensure that during this time people aren’t exploited by businesses who might hike food prices,” Motloung-Mthimkhulu says.

The Covid-19 pandemic has had a devastating effect, forcing many nations into lockdown which includes travel bans, the halting of the sale of items identified as non-essential and a slowing down of economic activities. South Africa now has almost 2,000 cases and the declared lockdown is currently set to run until the 16th of April.

Many have applauded the move as a brave ‘people first’ approach. Motloung-Mthumkhulu agrees and says the state has taken a very proactive step.

“We must all do what we can; stay at home, wash our hands and social distance. The state is doing well, and we can do our bit by following these rules”, but he cautions “there is still a lot of fake news on social media, so owners of social media platforms could do their part as the state cannot close those down or limit their use, especially at this time.”

Seokoma reiterates that while the current measures are adequate, the delay in declaring the lockdown is likely to worsen the crisis, evidenced by the presence of the virus now in the smaller provinces.

Motloung-Mthimkhulu says he misses his family and being in the office and part of the work culture as he now spends most of his time in the field reporting news and developments. Could there be a particular difference in the experience for LGBTQ people? “I don’t think this virus affects me differently because I am an LGBTQ person, I am just as affected as any other citizen, personally. We are all at risk,” he says.

(Activists warn, however, that some LGBTQ people may be unsafe due to being forced to stay home with queer-phobic family members.) 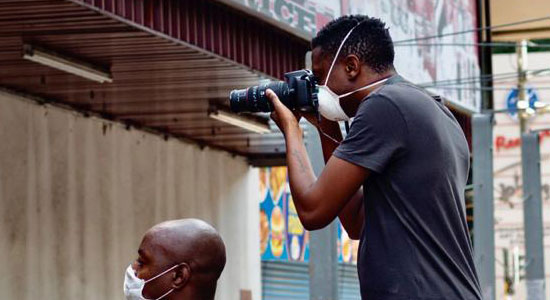 As a medical professional, Dr Seokoma is more exposed at work but he is also affected when it comes to his personal life. “My partner is at home, socially distancing. I go to work and when I come home he has expressed concerns around my exposure to the risk of contracting the virus. We don’t kiss anymore and this will affect our sex life,” he reveals.

Both Seokoma and Motloung-Mthimkhulu don’t at this point feel anymore socially isolated in general though, despite the limitations. “I am fine with the distancing and I understand the need for it. And we have turned to online tools, using mobile apps and we can still be socially engaged,” Seokoma says.

The introverted Motloung-Mthimkhulu says he is in his element when he is alone and as such is not bothered much by limited social movement.

Every one of us has some anxiety about how long the lockdown may last, its efficacy or the level of risk. These anxieties are heightened for these professionals who continue to check into work while the rest of us stay at home.

Dr Seokoma admits he is especially concerned about protection at work. “There is a growing shortage of protective gear such as surgical masks and other wearable items which the public now has to use. As we interact with patients we also need them but don’t have them. There are also the news sites; the news of the doctors who died in Italy scared me.”

Motloung-Mthimkhulu says, however, that his primary focus is on ensuring that he continues to perform his vital work in communicating the factual and human reality of the crisis to the public.

We salute those in the queer community who are in the frontline of the pandemic, placing themselves at risk for others. MambaOnline will continue to share the views and experiences of LGBTQ persons during the lockdown.