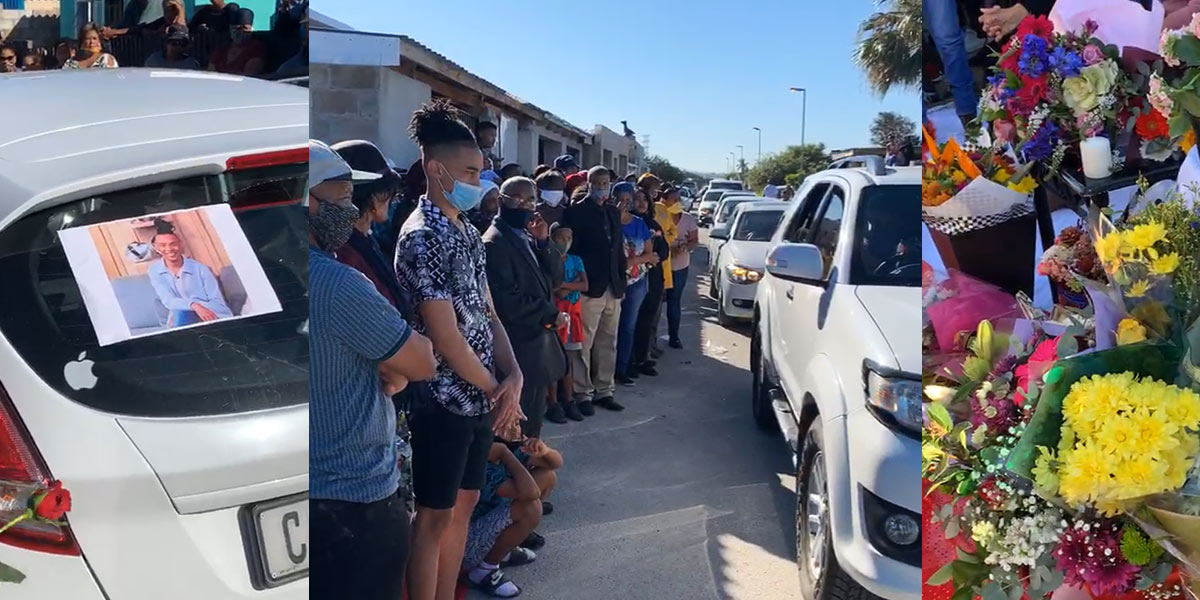 Hundreds of people from the community of Macassar near Cape Town have honoured murdered queer activist and dancer Kirvan Fortuin in a heartbreaking drive-past memorial.

On Tuesday, which was marked as Youth Day in South Africa, Fortuin’s devastated mother, father and brothers stood outside their home as mask-wearing mourners lined the street.

Even more friends and community members drove past in a seemingly endless queue of cars, briefly stopping at the house to pay their respects and to share words of grief and support with the family.

A memorial space was set up along the pavement with flowers, balloons and photographs in tribute to the internationally recognised talent.

“I was so happy to see so many people who came out; there were over a thousand. It was a very emotional day,” Fortuin’s close childhood friend Tatijana Lopez told MambaOnline. “He was loved and respected by everybody and for what he brought to the community. That outpouring of support showed that we as a community feel the family’s pain.”

The Field Band, a local group of which Fortuin was a member in their youth, performed at the memorial. “Kirvan’s love for dancing started when he joined the band as a dancer,” said Lopez.

Fortuin, who reportedly identified as gender non-conforming, died on their way to the hospital in the early hours of Saturday morning after being attacked, allegedly by a 14-year-old girl.

It’s believed that Fortuin was socialising at a friend’s house in Macassar on Friday night and reportedly had an argument with the girl before she allegedly stabbed him twice in the chest. The motive for the crime remains unconfirmed but MambaOnline has been told that the girl allegedly made homophobic comments to Fortuin before and after the stabbing.

Fortuin, a trained dancer who worked in South Africa and the Netherlands, was a leader in the voguing and ballroom culture scene in the Western Cape. Their choreography has been performed at festivals locally and abroad. Last year, they were honoured with a Ministerial Award for Outstanding Contribution to Preservation and Promotion of an Indigenous Art Form.

Fortuin’s funeral will take place on Sunday, 21 June at the Macassar Civic Centre. Due to lockdown regulations, only 50 people will be allowed to attend, although the service will be streamed live (more information will be shared closer to the time).