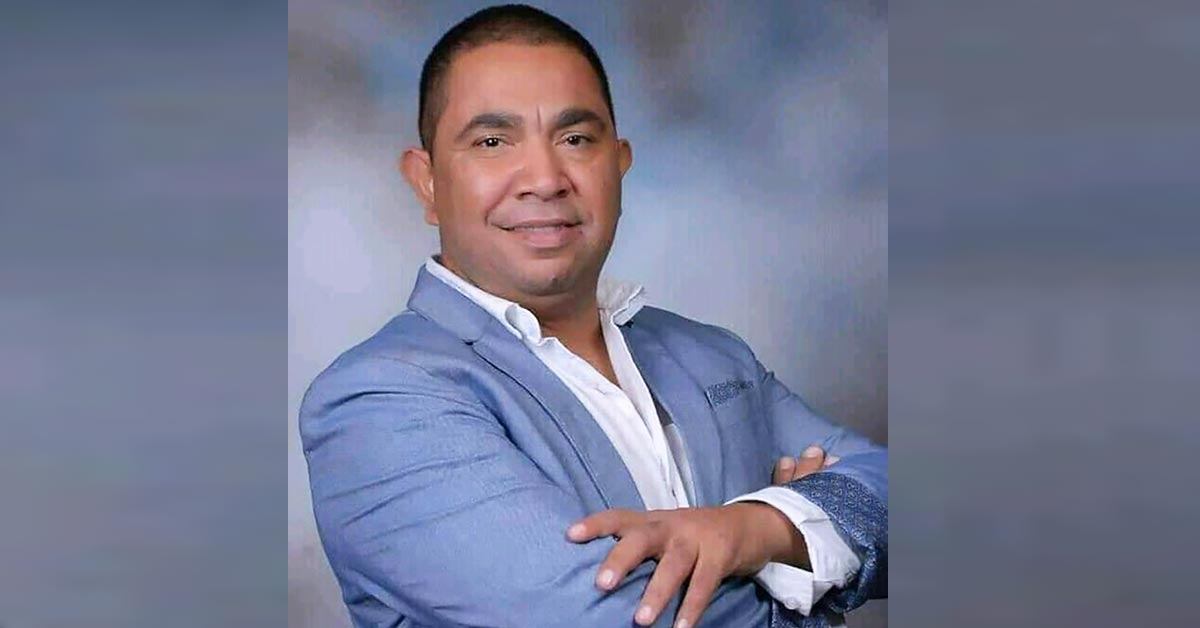 The much-loved Mark Donough fell victim to the coronavirus

Mark Donough, who was a major figure in Cape Town’s queer pageant scene, is being mourned and honoured by the city’s LGBTIQ community.

Donough, 54, passed away on Friday afternoon as a result of Covid-19 complications. He was a hugely influential, inspiring and much-loved personality in the LGBTIQ community.

Born and raised in Athlone, Donough worked at fashion company Rex Trueform for many years and became involved in the SACTWU (Southern African Clothing and Textile Workers Union) Spring Queen pageant, before helping to resurrect Miss Gay Western Cape in 2009. He was also a sought-after gym instructor.

“He mentored and oversaw the growth of many a drag queen, both pageant and performer, ensuring that they took their rightful role in the community as role models and people that make a difference,” a devastated Reid told MambaOnline.

“Mark advocated acceptance and guided and counselled many a family back together after hearing their child was LGBTIQ. He was a pillar of strength to many. His legacy will live on strong in the community both locally and internationally for many years.”

Messages of grief and disbelief along with a wave of tributes flooded across social media in response to Donough’s passing.

In a statement, Cape Town Pride expressed its shock at the news. “Mark played a huge part in the LGBTIQA+ community. He was a rock and pillar of our community and he’s going to be sorely missed. Our thoughts are with his friends and family at this excruciatingly painful time. Rest in Power Mark!”

Veon Wentzel, who is best known as drag diva Manila von Teez, added: “He has been a light to so many of us queens and I’m going to miss him deeply. His laughs, his shade and his ability to always see your true potential even if you could not see it yourself. Till we meet again.”

Drag performer Lilly Slaptsilli said her heart was broken at “the loss of a powerhouse in the entertainment and LGBTQ community” and described Donough as “a gentleman and a squire.”

Maxine Wild, the reigning Miss Gay Western Cape, said she was still in a state of disbelief. “It saddens me that I will not have the honour of you escorting me during my final walk. It was such a privilege to be one of your queens. Thank you for being such a great mentor and for the amazing work you did in the LGBTIQ+ community.”

The DA’s Cape Metro LGBTIQ Committee praised Donough as “a consummate gentleman” with “a proud legacy of generational humans rights activism, over decades, and which is so fundamentally part of the ongoing LGBTQIA struggle for equality and inclusion.”

Liberty Matthyse, executive director of Gender DynamiX, commented: “Today we lost an anchor in drag culture in South Africa…. you were a pillar and refuge for so many of us who struggled with our identities and expressions. You created a safe space and facilitated the strengthening of community for us to express who we are and to grow into the people we are today.”

Matthyse continued: “The performative space you created transcended sexual orientations and gender identities. Your home was always open for conversation and your heart was always open to listening, stern as you were at times. In many ways, you were a parent and mentor to so many of us on our journeys to embody who we are.”

Reid said that Donough is survived by his sisters and brothers as well as a “too large to mention extended family of brothers, sisters, children and parents.”