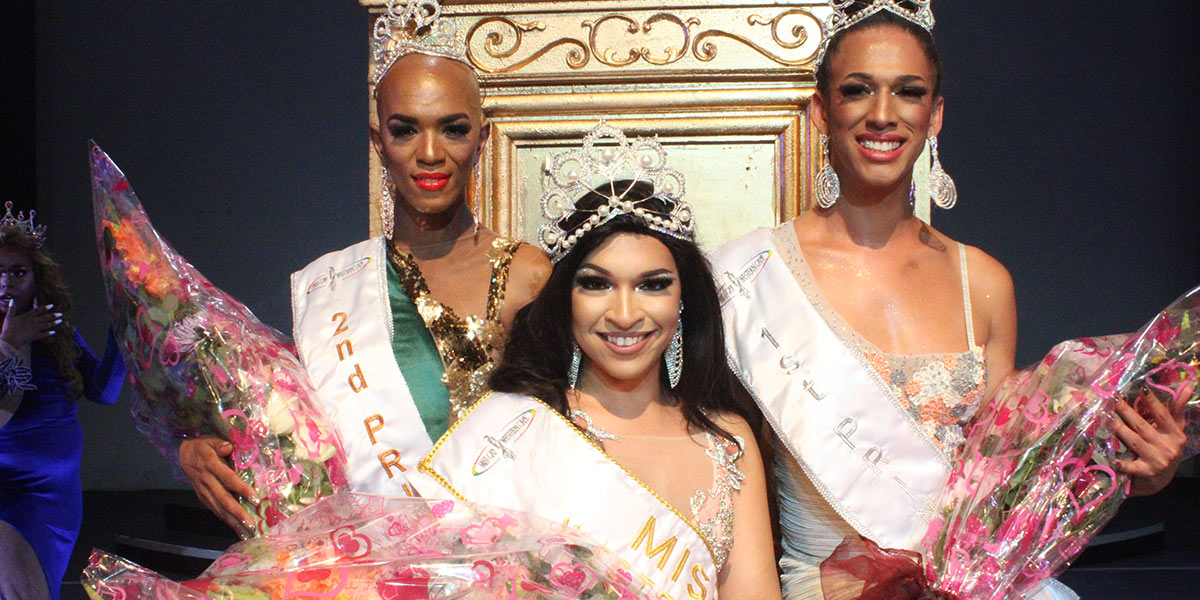 Maxine Wild, a 24-year-old makeup artist from Belhar, was recently crowned the winner of one of the most prestigious annual drag pageants in South Africa; Miss Gay Western Cape.

Saturday 2 November saw the Joseph Stone Auditorium in Athlone once again filled to capacity as patrons from across the province gathered to witness the crowning of a new queen.

They had arrived for the 11th edition of the Miss Gay Western Cape pageant which was also the 11th year in a row that the event was sold out.

The evening began with the traditional three-minute countdown, with the audience chanting along to the clock from the 10-second mark. As it hit zero, they were treated to a video clip of highlights of previous years of the pageant.

After the start of the formal proceedings, emceed by the hilarious Nathan Kayser and PJ Smith, this year’s contestants were judged in three categories: Theme Wear, Swim Wear and Evening Gown.

The theme, ‘Drag Your Horoscope’ had finalists taking their horoscope sign and giving it a drag twist to show the traits that best described them through their imaginative costumes.

There were literal and figurative interpretations, from crab claws to bull horns, all created with great thought. The swimwear component was spectacular and the evening gowns displayed many a rhinestone.

Entertainment saw drag diva royalty Manila von Teez, Kat Gilardi and Emogen Moore on stage with dancers from WeDfy accompanying their performances. They had the crowd bopping and clapping along to the beat.

Talented Mzansi Gay Choir vocalist Dominick Innocent flew in for the event and was spell-binding in an all-white garment. SAMA nominated singer Jarrad Ricketts also performed, accompanied again by the Wedfy Dancers, and was a huge hit with the audience.

The Top 5 were then selected and the Questions and Answers section kicked in. One thing was for sure, every contestant was determined to show that they possessed a winning combination of both beauty and brains.

After the final walk by the 2018 Queen, Wendy La Rosa, who paid an emotional tribute to her friends, family and supporters, it was time to announce the winners.

Wild, who was also crowned Miss Cape Town Pride earlier in the year, has been involved in the LGBTI community both as a performer as well as assisting her fellow sisters in entering pageants and learning the art of drag.

“The winning of such a prestigious pageant is overwhelming, to say the least,” said Wild on Facebook after taking the crown. “It took me a few days to grasp the idea of being your queen and I promise to uphold and uplift the Miss Gay Western Cape title and reign with grace and dignity throughout.”

She also paid tribute to her late grandmother who urged her to enter the event year after year. “But me not believing in myself, I declined. The day she passed on I made a promise to myself that I would do this for her. Her motivation started off this journey.”