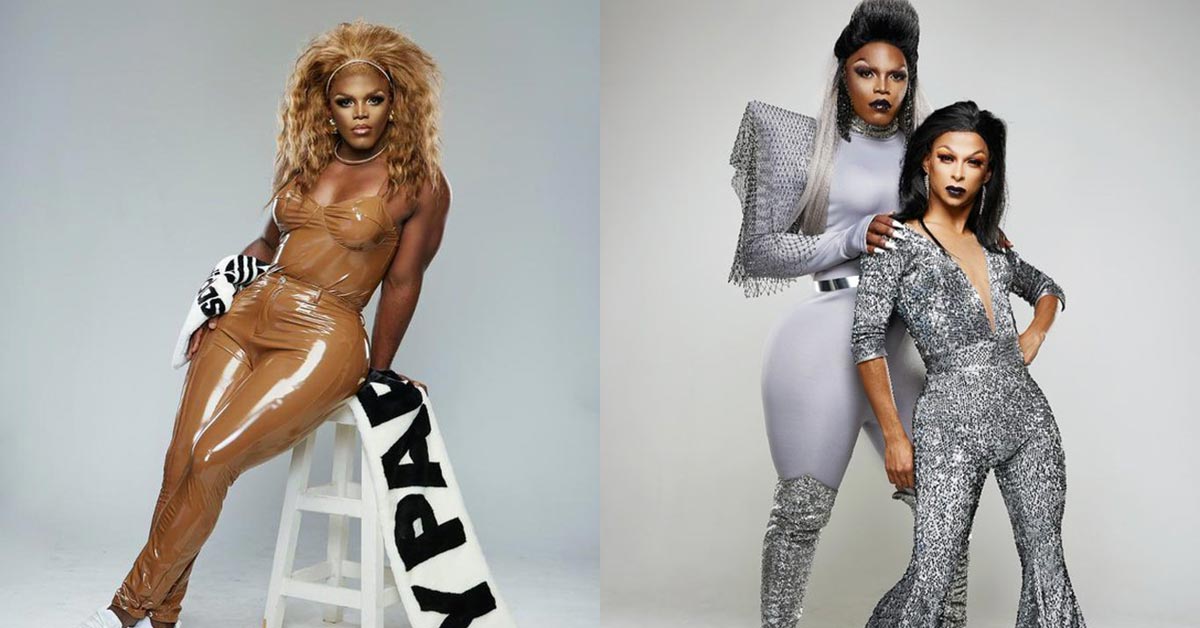 News that fledgling drag star Siv Ngesi is appearing in a global fashion brand campaign as his alter ego Sivanna has sparked a fiery debate about the exclusion of queer drag performers.

On Tuesday, Ngesi posted a photo of Sivanna on social media along with the comment: “Sivanna is a month a 2 days old and she’s already shooting with @adidasZA @WeAreIvyPark…”

The actor, social media star and LGBTQ ally debuted Sivanna in spectacular fashion in January. It was a persona he created with the help of Manila Von Teez, arguably South Africa’s leading drag artist.

However, Sivanna’s apparent inclusion in a new ad campaign is being received a little less favourably by some members of the LGBTQ community.

Questions were asked about why longstanding queer drag talent had been snubbed for the project in favour of a straight cisgender performer who’s just started out. Some accused Ngesi of essentially appropriating queer culture.

“I love you, but Uhm, this is the definition of take up somebody else’s space,” said one social media follower. “One month vs. Lifetimes of work from revered SA queens-it doesn’t sit right.”

Others insisted that drag is an art form that is not “owned” by anyone and that heterosexual men can participate in it; especially someone as supportive of the LGBTQ community as Ngesi is.

The criticism saw Ngesi replying that “no one was paid for the shoot,” but this missed the point, argued entrepreneur, lawyer and diversity and inclusion consultant, Motlatsi Motseoile.

“The issue of Siv Ngesi being celebrated as a drag artist, paid or not, speaks to the privileging of a cisgender straight man, who is celebrated and heralded as brave for a performance art that many trans women and gay/queer men have fought to continue partaking in,” said Motseoile.

“And let’s not have this conversation as if we don’t live in a world where trans women are violated for ‘pretending to be women’, where we as the LGBTQ community shame gender queer people and femme men in our community and easily applaud men like Siv.”

Then Von Teez herself came to Ngesi’s defence, tweeting that people were not aware of “the bigger picture” and that “through his following and connections” Ngesi is helping to bring much-needed attention and mainstream support to the drag community.

“He pays me for all the looks, he pays for my time as well, all to support Drag and the Artform it is,” said Von Teez. “We find ourselves now having discussions with TV networks and huge brands for really exciting projects for the Drag Community as a whole.

“Yes, it’s taking a heterosexual Cishet man to get drag noticed, but we [are] grateful someone is listening, and finally people are talking about drag. Watch this space for what is coming!” added Von Teez.

Siv Ngesi, as a supposed “ally” shouldn’t be occupying those spaces at all. It is so cringe because there are so many Queens who are more deserving of those opportunities. If his allyship wasn’t performative he would actually turn those gigs down and give visibility to the

I love that drag is becoming so mainstream, but this is not how to leverage it, @adidasZA

And I’m going to tell you why. https://t.co/IQWlZKN3Hb

Guys no one was paid for the shoot….

Hey all, in response to the #Sivanna @iamSivN post I think everyone is not aware of the bigger picture. I’ve been doing this for just over 10 years, and some Drag queens, even longer. Reality is that no matter how hard we worked, South Africa as a whole never really accepted the pic.twitter.com/hDcMyKdl8o