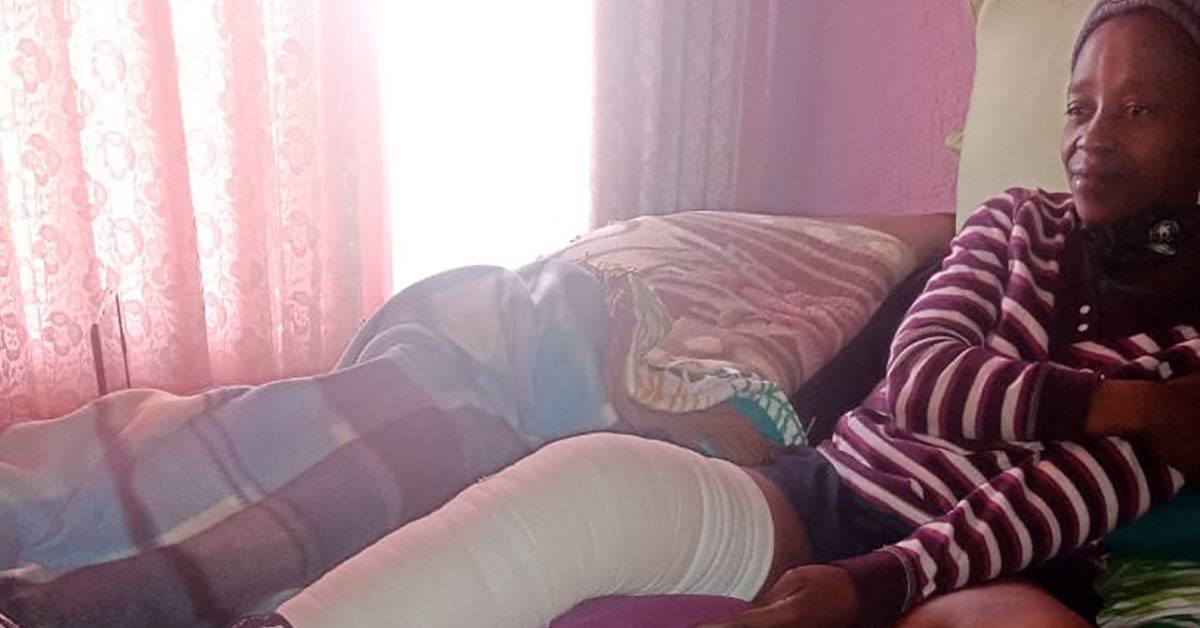 Lebogang Mashiane has been discharged from hospital

Lebogang Mashiane, a lesbian woman from Ga-Rankuwa, north of Pretoria, is recovering after being shot.

On 2 July, Mashiane, 33, was on her way to a spaza shop when two men appeared out of nowhere, stopped in front of her, attacked her and stole her phone.

They then drove off in a VW Golf motor vehicle, leaving Mashiane in a pool of blood. Fortunately, she was assisted and rushed to the Dr George Mukhari Academic Hospital.

The incident was reported to Access Chapter 2 (AC2) which has been in contact with Mashiane, describing her as heartbroken and traumatised over the attack.

The organisation’s Zaheeda Munyai said in a statement that it is unknown whether the incident is a common violent act or if it was a hate-related crime.

AC2 provided support to Mashiane, including engaging with the hospital and assisting her with reporting the case to the police. She has since been discharged from hospital.

“In a world that is [bursting] with crime statistics, AC2 continues to assist victims of violence and their families during these difficult times,” said Munyai.

“The last few weeks have been a horrible time for the LGBTI+ community and we have seen many LGBTI+ organisations working tirelessly in response to these barbaric acts.”

AC2 encouraged LGBTI+ people to “report incidents and violations against them. LGBTI+ organisations are there to serve and assist to the best of their abilities.”

Mashiane’s shooting follows a recent wave of horror attacks against LGBTI+ people, which has seen at least 16 individuals murdered since 12 February.