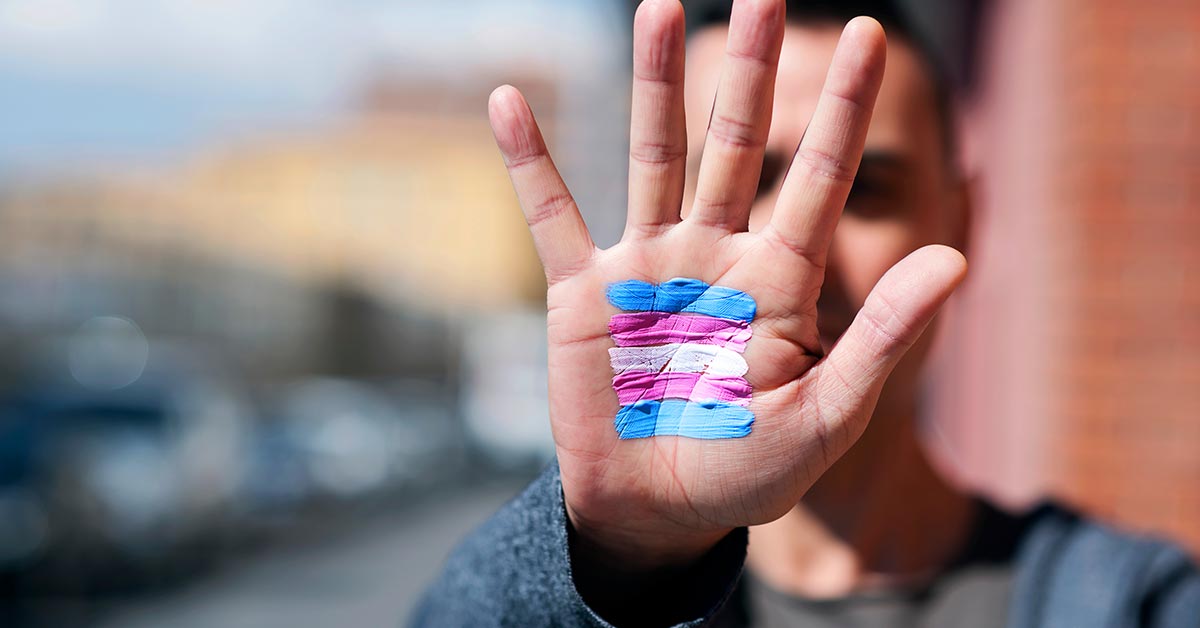 Thousands have signed a petition demanding that Strand High School in the Western Cape allows a transgender student to wear a boys’ uniform.

The 16-year-old, who’s refused to wear a dress, was barred from wearing the grey trousers worn by boys in the school. As a “compromise” he was allowed to wear green pants worn by girls.

“The student has been sent home when he wore the boys’ uniform and missed a lot of work. He is being discriminated against and bullied for being trans. He does not feel comfortable in his assigned uniform (girls winter uniform),” states a petition that has been signed by almost 13,000 people.

The experience has impacted the teenager’s mental health and wellbeing and he was admitted to a clinic for depression and anxiety.

The boy’s mom is championing his freedom to express his gender identity. “The governing body came back with the alternative saying he can wear the green pants instead of a dress,” she told the Sunday Times. “Because of the colour of the pants, it stood out more. The boys wore the grey pants. He is being bullied about that by some girls and the boys say he is not a real boy.”

She added that when the school reopens she will defy the ban and ensure that “he’s going with a boys’ uniform.”

According to the newspaper, South African Human Rights Commission commissioner Chris Nissen will, in a show of solidarity, accompany the transgender student when he returns to the classroom next month. He argues that the school’s discriminatory policies cannot stand in isolation.

“Every law, bylaw or regulation is subject to the constitution of this country. The school’s policies must adapt to the needs of the people,” he said.

The incident is the latest case of queerphobic school discrimination in the Western Cape. Last month, DF Malan High School caused an uproar when it banned students from commemorating LGBTQI+ Pride month because it would be “disruptive”.

In March 2020, the Western Cape Education Department (WCED) published what are said to be the country’s first draft Gender Identity and Sexual Orientation Guidelines for schools. However, despite submissions from LGBTQI+ groups, they have yet to be finalised and would not be binding on school governing bodies.

In an open letter to the WCED published on Friday, a number of organisations and affected parents – led by Triangle Project and the Legal Resources Centre – noted that “we still do not have anything concrete in place to root out SOGIESC (Sexual Orientation, Gender Identity and Expression, and Sex Characteristics) discrimination and victimisation in schools.”

The groups said that “LGBTQI+ learners are being deprived of their rights to education, equality, dignity, and bodily and psychological integrity in favour of the cultural and religious prejudices of other learners, their parents and the wider school community.”

They called on the WCED “to take urgent active steps to address the bullying, marginalisation, discrimination and systemic violence that these [LGBTQI+] learners experience on a day-to-day basis on the grounds of their perceived or actual sexual orientation, gender identity, gender expression and/or sex characteristics.”

This includes, as a matter of urgency, finalising and ensuring compliance of “an inclusive, nondiscriminatory SOGIESC policy that is binding on all public and private schools in the Western Cape and that truly includes, protects and affirms LGBTQI+ learners, educators and other staff.”

The groups have given the WCED till 23 July to respond to the letter. Meanwhile, the department is engaging with Strand High in a bid to resolve the matter.