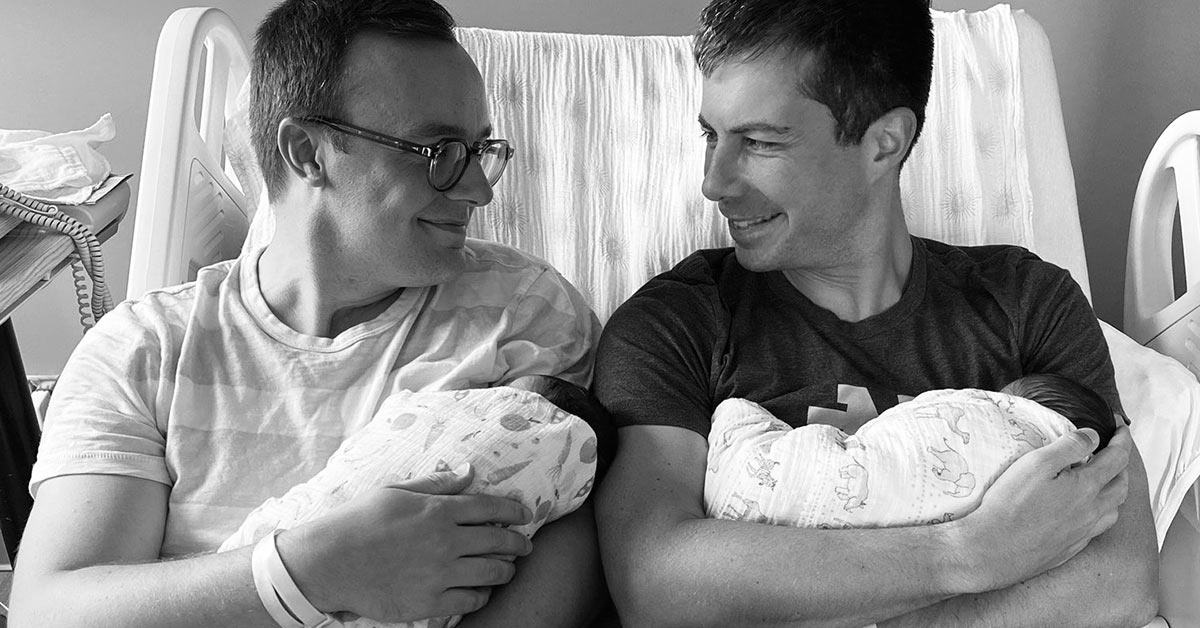 Pete Buttigieg (right), his husband Chasten, and their children (Twitter)

US Secretary of Transportation Pete Buttigieg and his husband Chasten have joyfully welcomed two babies into their lives.

The men announced last month that they were becoming dads but said that “the process isn’t done yet.”

On Saturday, it became official when the happy couple revealed the names of their children in a Twitter post.

“Chasten and I are beyond thankful for all the kind wishes since first sharing the news that we’re becoming parents,” they said.

“We are delighted to welcome Penelope Rose and Joseph August Buttigieg to our family.”

They also posted a loved-up black and white photo of themselves holding their bundles of joy.

The announcement was met with widespread support on social media, including from many in the American political fraternity. “Happy news we can all use,” tweeted White House Press Secretary Jen Psaki.

When Buttigieg was selected by President Joe Biden and confirmed by the US Senate as transportation secretary in February, he became the first LGBTQ American to hold a Senate-confirmed cabinet position.

The 39-year-old is responsible for transportation in Biden’s cabinet and oversees the US Department of Transportation, which is comprised of over 55,000 employees and thirteen agencies.

The former mayor of South Bend, Indiana, Buttigieg broke new ground when he sought to become the Democratic Party’s candidate in last year’s US Presidential Election.

He met Chasten, a junior high school teacher, in 2015 and they married in June 2018. During his Senate confirmation hearing, Buttigieg made a point of highlighting his spouse to the senators and the nation.

Chasten and I are beyond thankful for all the kind wishes since first sharing the news that we’re becoming parents. We are delighted to welcome Penelope Rose and Joseph August Buttigieg to our family. pic.twitter.com/kS89gb11Ax