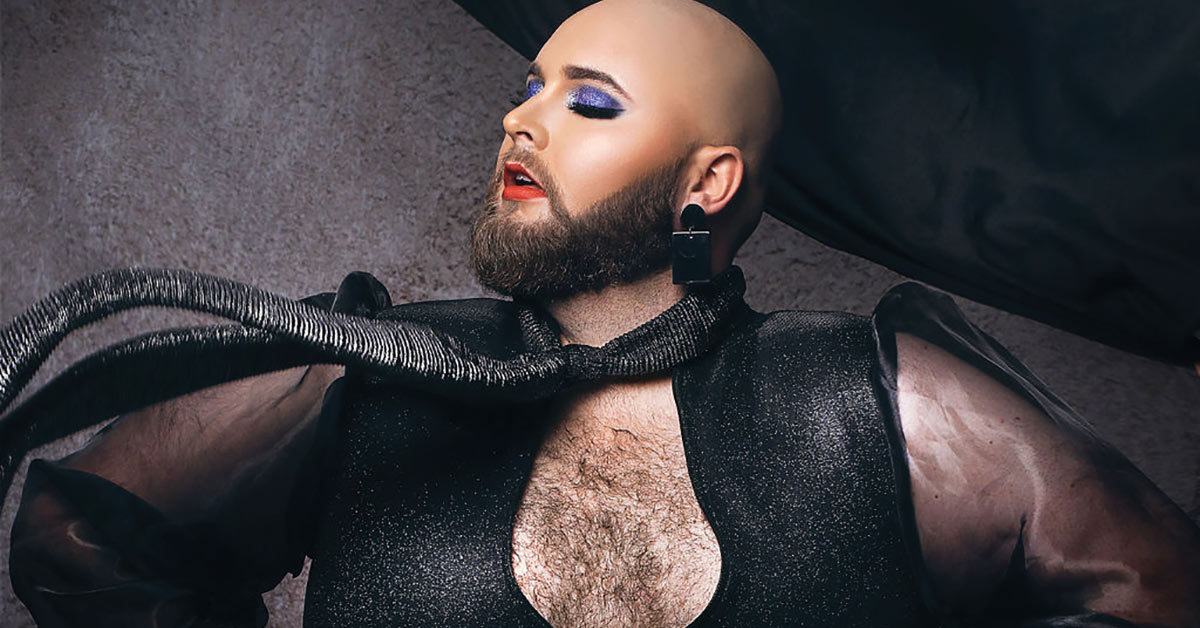 When Edó Mostert was chosen as a participant in the kykNET reality show, Wat dit vat, viewers knew in an instant that this singer wasn’t about to stick to traditional norms.

The show, which kicked off in October, and is presented by singer and guitar virtuoso Loki Rothman, set out to take three ordinary people and turn them into pop stars with the help of some of South Africa’s most accomplished musicians.

Together with Die Heuwels Fantasties and Fokofpolisiekar’s Hunter Kennedy, Edó has remained true to himself for the duration of the programme, the finale of which was broadcast on 27 December.

The wedding photographer, who was also one of the very first local plus-size male models to be represented by Boss Models (he’s now represented by D&A Model Management), has made a splash with his single, Werkit Boetie, released on the final episode of Wat dit vat.

The song, which is reminiscent of tunes created by queer icons like Britney Spears, challenges conservative opinions on gender and sexuality while serving loads of fierce looks.

It features lyrics like “Jy kan maar tune ek’s gay/Wag, laat ek die mic kry/Kom ons settle dit op die runway” (You can tune I’m gay/Wait, let me get the mic/Let’s settle this on the runway), and is likely to be one of the hottest gay anthems you’ll hear in clubs as the summer holiday comes to an end.

Speaking to MambaOnline, Edó expressed his pride at the way the single and the music video have turned out.

“During the two months of filming the show, I became so fond of the whole team that I actually feel bad taking credit for the epic music video. They worked unbelievably hard behind the scenes – I just had to arrive with my diva energy in tow! The whole experience has been an absolute dream.”

Edó’s unabashed approach has been deliberate, he says, and he hopes that his openness can help young people to come to terms with their own sexuality and gender.

“In the final episode, I actually mentioned that I’d love to inspire other Edós to find themselves a little sooner. I want to get rid of the stigma that exists in the Afrikaans community, which equates the word ‘gay’ with something bad,” said Edó.

“Here I stand in front of the whole country as a self-assured, plus-size, fashionable man, despite all the negative comments, the years of bullying, the idea that gay people are second-class citizens, and the opinions of people who live with loads of hate in their hearts. I want the beautiful LGBTQIA+ individuals in SA to know that there is light at the end of the tunnel, that nobody but you can determine your destiny, and that you’ll always have a supportive mom in me!”

Edó continued: “To anyone who is struggling with their sexuality, or to parents that would like to better understand how difficult it really is to grow up as an LGBTQIA+ child, please read Straight Jacket by Matthew Todd. The book helped me to understand why I always felt ‘less than’. In this way, you are able to reclaim your power!”

The winner of Wat dit vat will be announced early in 2022.

“We (the participants) didn’t know there would be an official winner, so it’s very exciting! The winner will be announced on Kwêla on kykNET on 30 January,” said Edó. “The South African LGBTQIA+ community and all our allies can show their love by sharing, streaming, downloading, commenting, liking, tagging – and maybe even finding me a husband while they’re at it!”