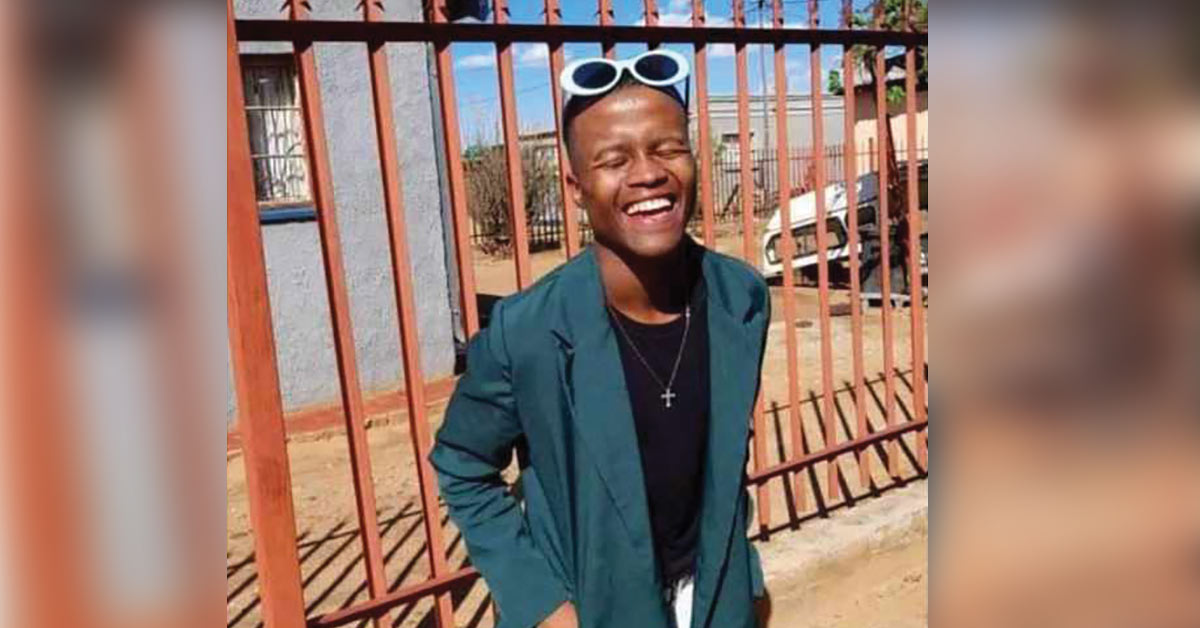 Letlhogonolo Lentsela was stabbed to death in the North West Province

The start of the new year has been marred by another report of a senseless murder of a young queer individual, this time in Mmabatho.

The North West SAPS confirmed that 24-year-old Letlhogonolo Lentsela was stabbed to death on 30 December 2021.

The murder reportedly took place while Lentsela and three female friends, all from Itsoseng, were visiting the home of Didintle Memela, an acquaintance of one of the women’s boyfriend, in Unit 12, Mmabatho.

According to Mildred Maropefela, Chairperson of Gay Umbrella and the North West Provincial Task Team, it appears that at some point Lentsela had an argument with Memela who objected to Lentsela and one of the women having used his bathroom together.

Memela, 25, allegedly went to the kitchen where he got a knife and allegedly stabbed Lentsela in the upper body.

Maropefela, who has been in contact with Lentsela’s family and friends and attended the memorial service and funeral this week, told MambaOnline that the victim at first didn’t even realise that they had been stabbed.

Lentsela was rushed to a local clinic but was certified dead on arrival. They are survived by their parents and a brother and a sister.

It’s unclear if Lentsela’s queer identity played a part in their murder but it’s claimed that Memela called Lentsela “you gay” during the argument.

Memela was arrested and charged with murder. On Friday, he appeared in the Molopo Magistrates Court in Mmabatho for the second time and was released on R1,500 bail. He is set to next appear in court in February.

Maropefela expressed her shock that the bail hearing took place on the same day as Lentsela’s funeral. She also claims that the victim’s parents were not informed that the alleged killer had been granted bail.

“We are planning a huge march about the suspect getting bail. His bail was not opposed because the parents were not informed. And how can they be expected to be in court on the day of the funeral?” Maropefela asked.

In a statement, the EFF in the Ngaka Modiri Molema District condemned Lentsela’s murder.

“The recent acts of gender-based violence against members of the LGBTQIA+ community calls for a concerted and collective effort from members and organisations of the community,” said the EFF. “We must unite for a common purpose and call for harsher sentencing and prioritisation of LGBTQIA+ hate crimes including that of Letlhogonolo Lentsela.”

Lentsela’s murder follows the killing of Brian Tootla, a 36-year-old gay man who was shot dead in his Soweto home on 28 December.